The GOP Wants Ben Carson to Run for This Office Instead 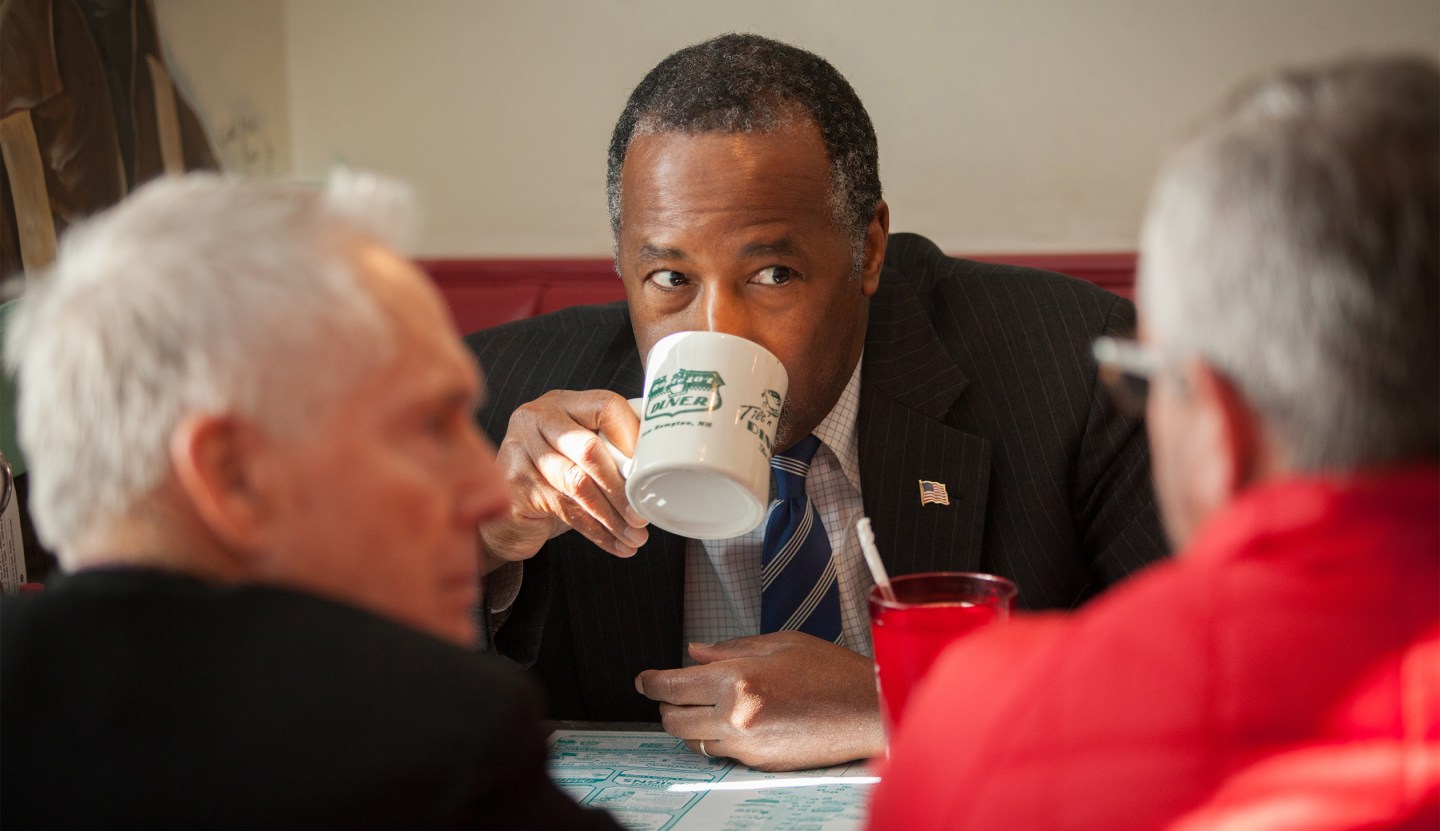 MANCHESTER, NH - FEBRUARY 07: Republican presidential candidate Ben Carson has coffee with staff members during a campaign stop at The Airport Diner on February 7, 2016 in Manchester, New Hampshire. Carson is campaigning in the lead up to the The New Hampshire primary, February 9. (Photo by Matthew Cavanaugh/Getty Images)
Photograph by Matthew Cavanaugh — Getty Images

Despite not coming close to winning any states so far, Ben Carson has been steadfast in his plan to stay in the Republican presidential race as long as he can.

The Republican Party, though, reportedly wants him to focus on a different office: Senator from Florida.

GOP operatives have told CNN they are going to push Carson to abandon his quest for the White House and instead focus on a Senate run for the Sunshine state.

The Florida seat currently held by Carson’s presidential rival Marco Rubio is up for grabs this year, and Rubio has indicated he won’t be seeking reelection regardless of what happens in the presidential race. For a political neophyte like Carson, a run for Senator could be a good stepping stone.

So far, it looks like Carson isn’t interested. He has said he’s going to stay in the race, despite calls from Ted Cruz for the lower polling candidates to get out of the way so they can defeat Donald Trump.

Fortune has reached out to the Carson campaign and will update this story if we get a response.