Here’s Why Biotech Stocks Are Soaring 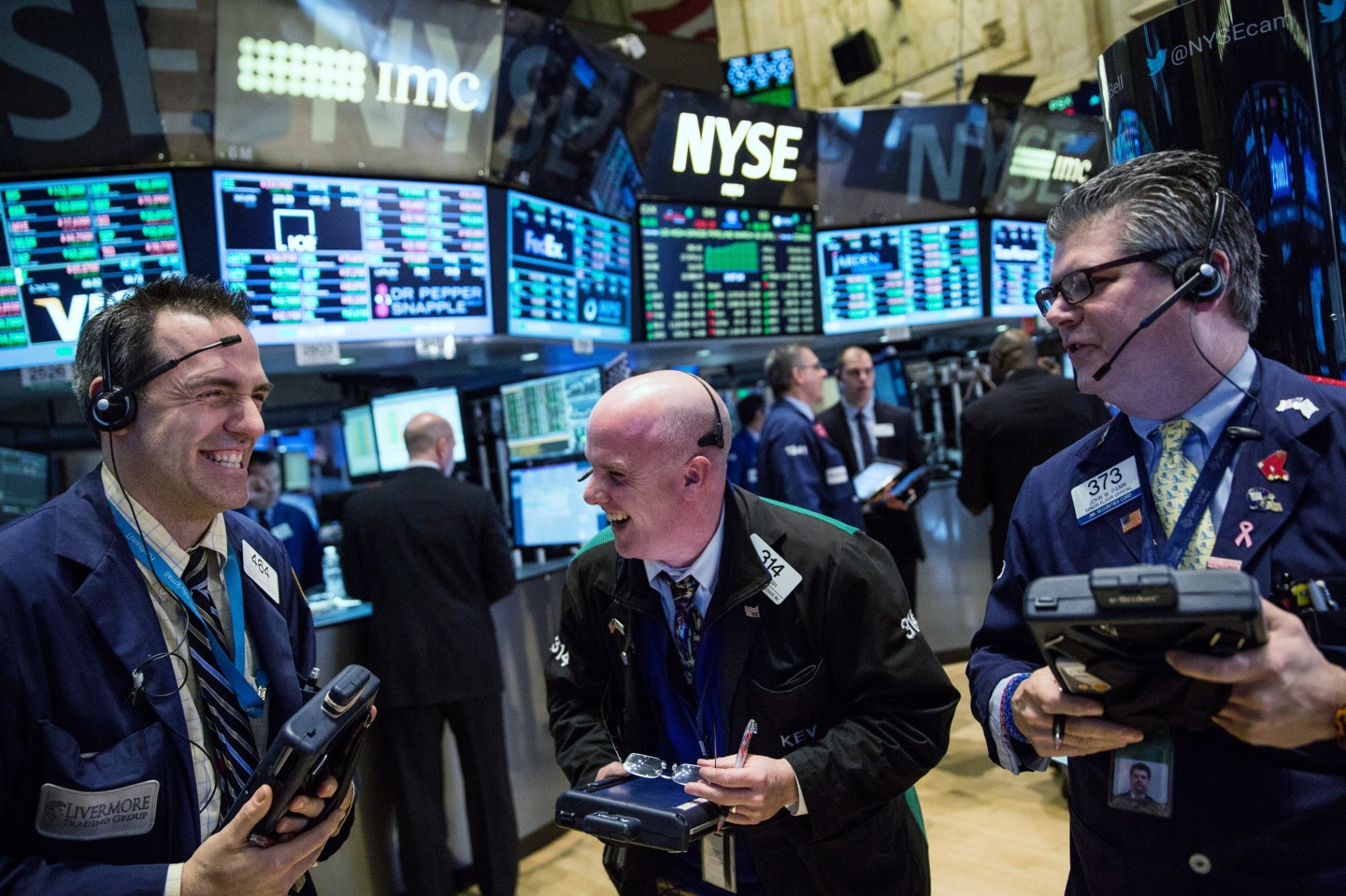 U.S. biotech shares on Tuesday posted their best overall day since October, helped by a big upswing in the broader U.S. stock market.

The Nasdaq Biotechnology index climbed 4.3%, its biggest single-day percentage gain since October 15, as Wall Street enjoyed its strongest day in a month. Shares of large biotech companies, such as Amgen, Celgene, and Biogen, rallied at least 4%.

The gains came even as Hillary Clinton was poised to solidify her grasp on the Democratic presidential nomination during Super Tuesday contests, ahead of the general U.S. presidential election in November.

Clinton’s comments about reining in drug pricing have pressured shares of biotech and pharmaceutical companies, including a Tweet in September about “price gouging” that sent shares swooning.

Just on Tuesday, Clinton unveiled a new television advertisement about her willingness to take on predatory drug pricing and criticizing Valeant Pharmaceuticals International. Shares of Valeant (VRX) closed down 0.5%.

The move by investors away from riskier assets combined with the cloud of potential pricing actions has led to pressure on biotech shares, which as a group had generally enjoyed a six-year run of gains up to last July.