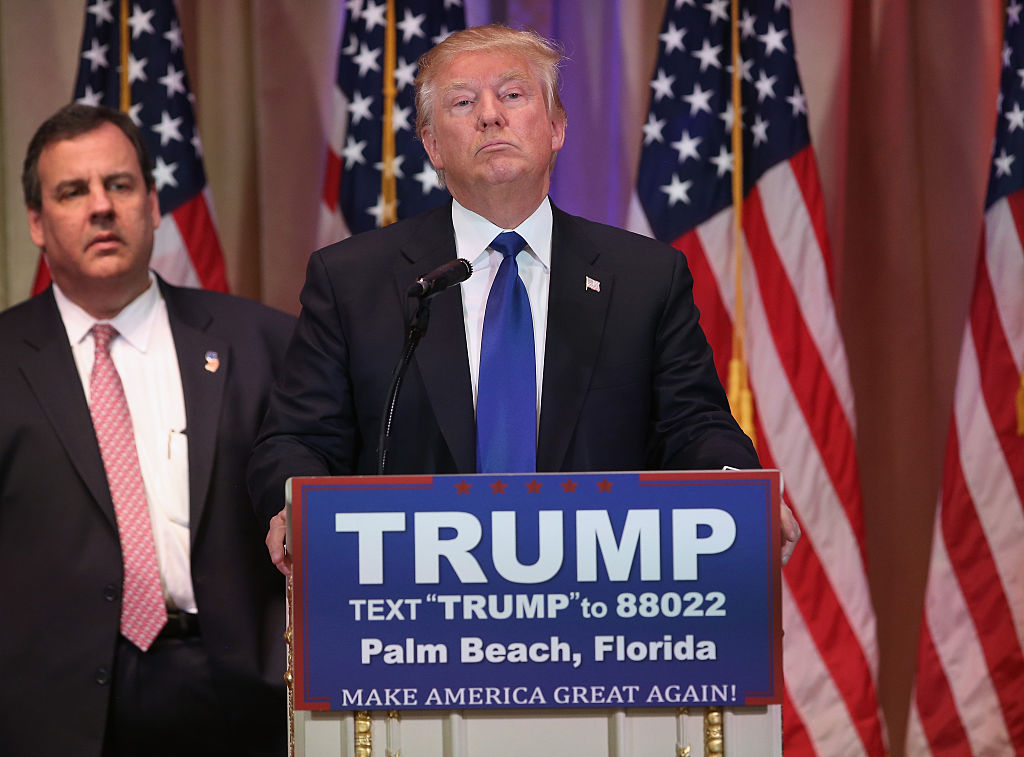 To view the current state of the Republican party in a nutshell, consider the rhetorical slap-fight on Tuesday evening between presidential frontrunner Donald Trump and House Speaker Paul Ryan.

Ryan, a still-rising star in the party and its most recent vice presidential nominee, was disgusted enough by Trump’s recent equivocating about support from the KKK that he felt compelled to make a public statement condemning it. Without mentioning Trump by name, Ryan made it clear what he was referring to as he addressed reporters in Washington on Tuesday.

“When I see something that runs counter to who we are as a party and as a country, I will speak up, so today I want to be very clear about something. If a person wants to be the nominee of the Republican Party, there can be no evasion and no games,” Ryan said. “They must reject any group or cause that is built on bigotry. This party does not prey on people’s prejudices. We appeal to their highest ideals…. This is fundamental. And if someone wants to be our nominee, they must understand this.”

As Trump romped across the map in the Super Tuesday primary contests, he responded to the criticism by addressing his own gaggle of press, gathered at his Mar-a-Lago estate in Palm Beach, Florida. “Paul Ryan, I don’t know him well, but I’m sure I’m going to get along great with him,” Trump said. “And if I don’t, he’s going to have to pay a big price.”

So, there you have it. The Republican party’s most senior constitutional officer and its increasingly likely presidential nominee exchanging veiled, or not-so-veiled, threats through the press. Sounds like the beginning of a very productive working relationship.

Trump emphasizes his dealmaking prowess as a guarantor of his effectiveness in the highest public office, though he’s never held one at any level before. His penchant for lashing out at anybody who challenges him suggests his temperament will make it difficult to follow through.

At a more basic level, the ugly confrontation between two such potent figures in the GOP — one in its most inner sanctum, the other tilting against it — highlights the crisis gripping the party’s leadership.