Valeant Is Being Investigated by the SEC and Shares Are Plunging 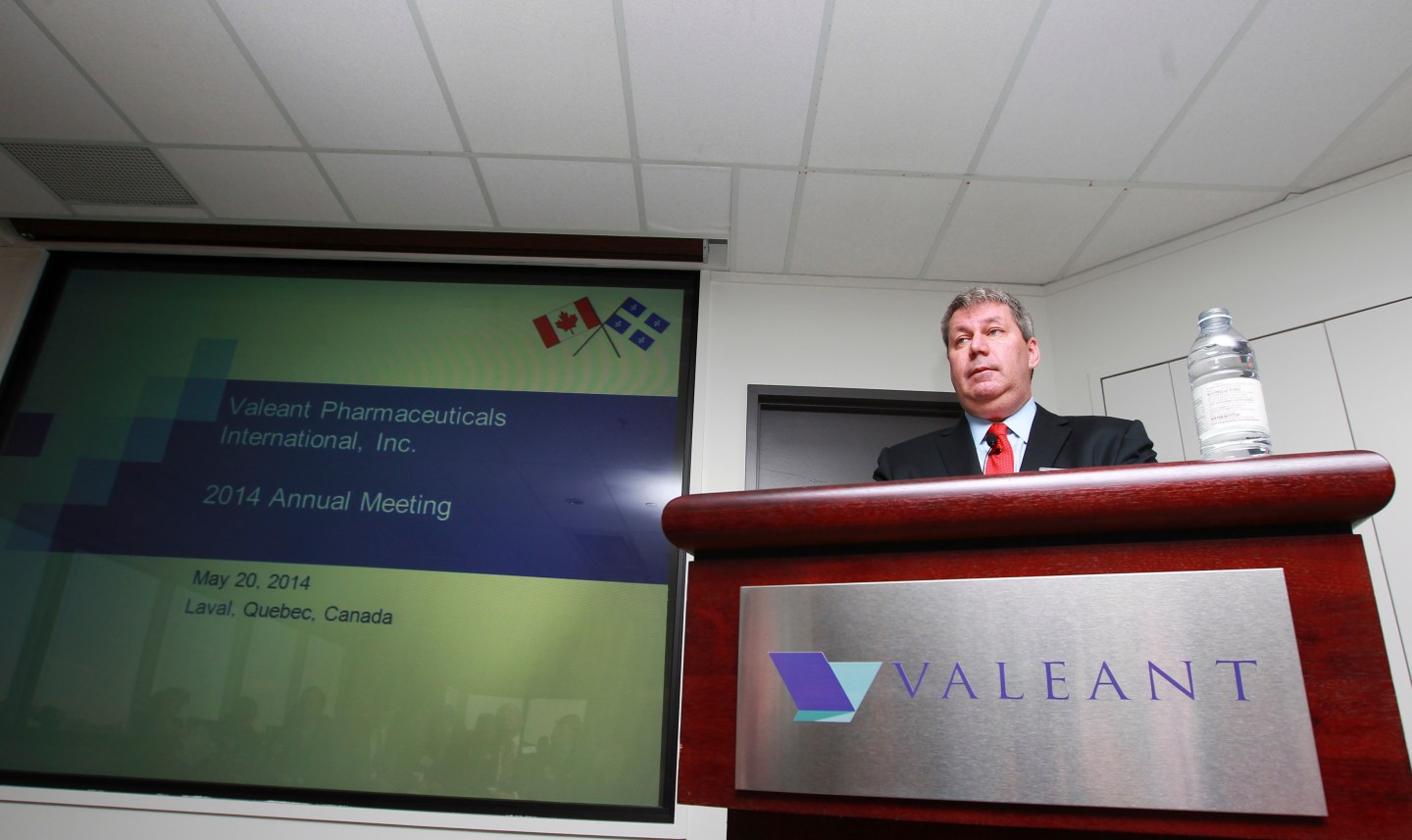 Valeant Pharmaceuticals on Monday afternoon told Bloomberg that it’s under investigation by the Securities and Exchange Commission, sending its shares sharply lower. The controversial drug-maker didn’t disclose the subject of the SEC’s interest, but Bloomberg reports that it is unrelated to an existing SEC investigation into the company’s 2015 purchase of Salix Pharmaceuticals.

This comes on the same day that CEO Michael Pearson returned from a two-month medical leave, and the Canadian company announced that it would split the CEO and chairman roles (with existing director Robert Ingram taking Pearson’s chairman spot).

Also on Monday, Valeant (VRX) quietly set up a conference call with Pearson and sell-side analysts, but bailed once reporters caught wind of it (perhaps so as not to violate Regulation FD).

Actual email text of what $VRX sent to sell-side analysts cancelling the call, according to a source -> pic.twitter.com/84ZwSBvBvG

All of this comes one day after Valeant said it would withdraw prior financial guidance, and cancel a planned conference call to discuss its fourth quarter financials.

Valeant’s stock sunk 21% immediately after news of the investigation surfaced, but have since rebounded a bit.