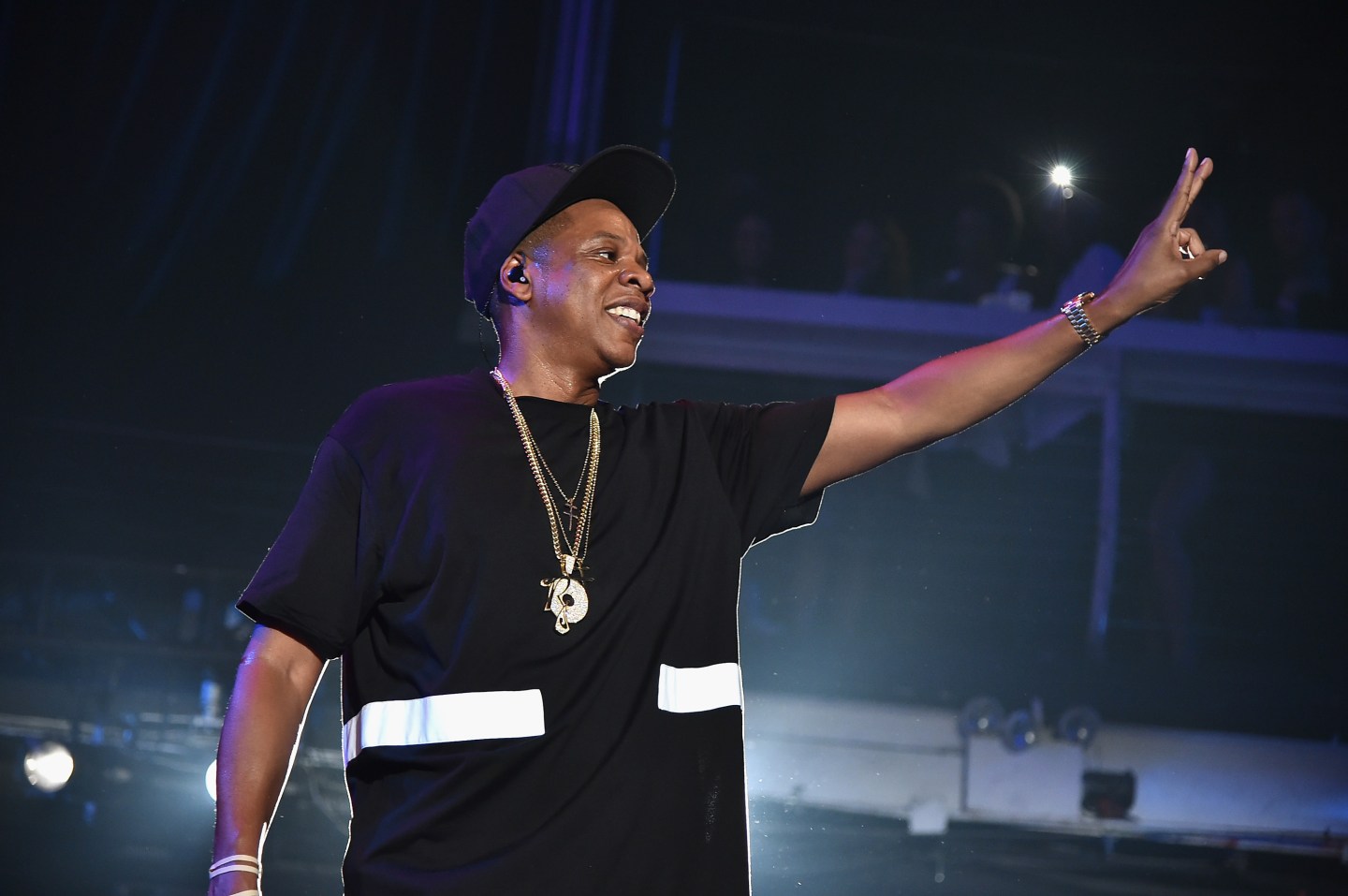 In a twist of irony, Tidal, the music streaming service owned by Jay-Z and touting its pro-music artist model, is now being sued for not paying its artists.

Over the weekend, Yesh Music Publishing and John Emanuele (of the duo American Dollar) filed a lawsuit against Tidal for $5 million. The lawsuit claims that Tidal licensed at least 118 songs by American Dollar without the group’s permission and hasn’t paid the royalties it owes for streaming the songs. The complaint also says Tidal is “deliberately miscalculating” its per-stream royalty rates and failing to send reports to the American Dollar about streams of their songs.

When Jay-Z first introduced Tidal, he touted the service as being more pro-music artists than any other by not offering a free, ad-supported tier, and making sure artists are reaping the monetary rewards of their music.

When reached for comment, Tidal told Fortune via email that the claims are without merit:

TIDAL is up to date on all royalties for the rights to the music stated in Yesh Music, LLC and John Emanuele’s claim and they are misinformed as to who, if anyone, owes royalty payments to them. As Yesh Music, LLC admits in their claim, TIDAL has the rights to the Master Recordings through its distributor TuneCore and have paid TuneCore in full for such exploitations. Their dispute appears to be over the mechanical licenses, which we are also up to date on payments via Harry Fox Agency our administrator of mechanical royalties.
The entire catalogue in question streamed fewer than 13,000 times on TIDAL and its predecessor over the past year. We have now removed all music associated with Yesh Music, LLC and John Emanuele from the service. This is the first we have heard of this dispute and Yesh Music, LLC should be engaging Harry Fox Agency if they believe they are owed the royalties claimed. They especially should not be naming S Carter Enterprises, LLC, which has nothing to do with Tidal. This claim serves as nothing other than a perfect example of why America needs Tort reform.

In 2012, a federal judge ruled against the music duo in a lawsuit against Lakewood Church for using its music past the contract’s expiration date.

Tidal is also no stranger to business challenges. Since its debut more than a year ago, the company has changed CEOs three times and has faced a myriad of criticism over its ultra-exclusive paid streaming service.