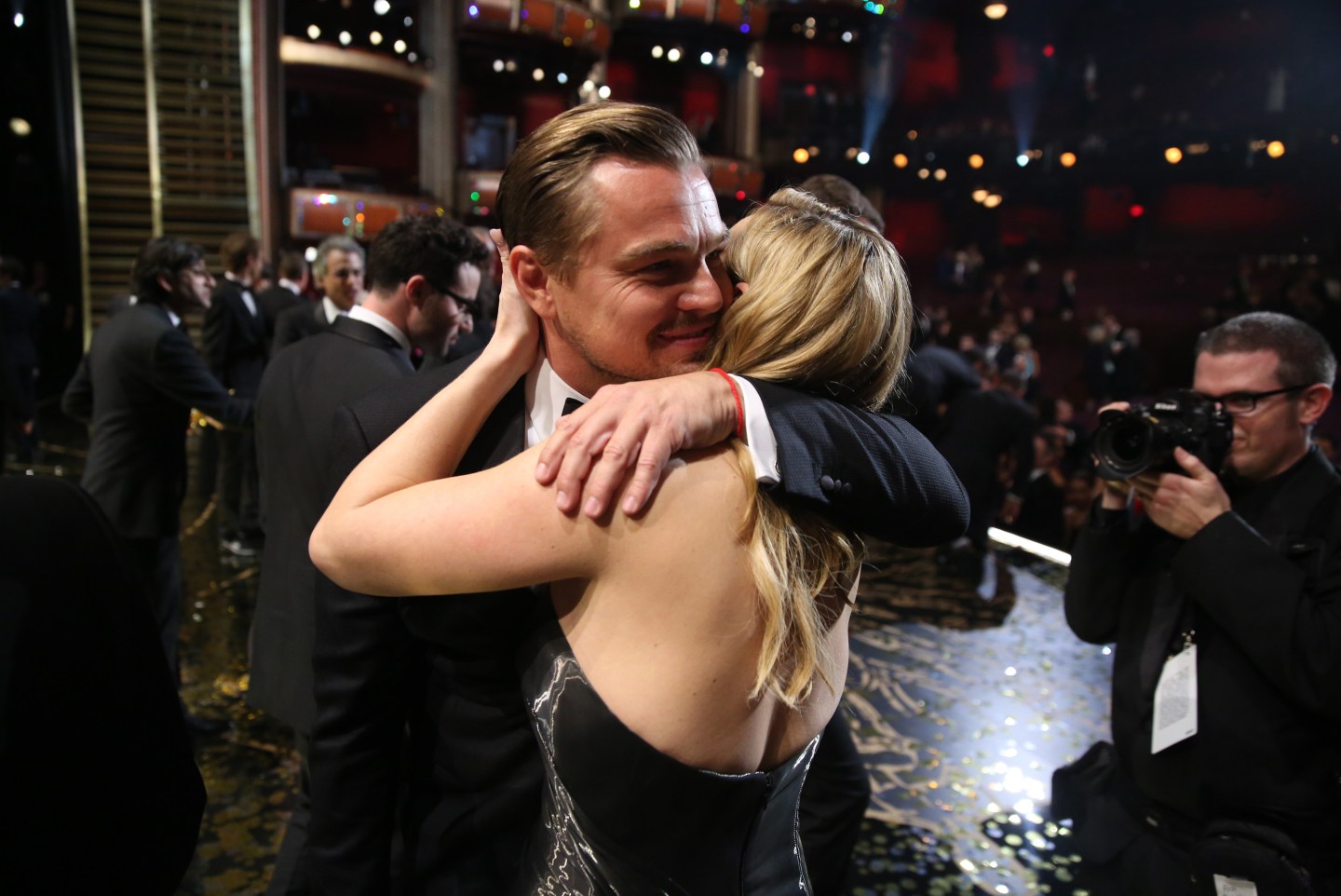 Leonardo DiCaprio, winner of the award for best actor in a leading role for "The Revenant", left, embraces Kate Winslet backstage at the Oscars on Sunday, Feb. 28, 2016, at the Dolby Theatre in Los Angeles. (Photo by Matt Sayles/Invision/AP)
Photograph by Matt Sayles — Invision/AP

Millions of Americans that tuned in to the Academy Awards watched Leonardo DiCaprio win his first Oscar after five nominations for his performance in “The Revenant.” Many of them were also celebrating the victory on Twitter.

The social-media platform said DiCaprio’s win for Best Actor generated more than 440,000 tweets per minute, claiming it was the most-tweeted minute of the Oscars telecast in history. It beat out a tweet from 2014 Oscars host Ellen DeGeneres that was a selfie showing a handful of Hollywood’s A-list stars, including Bradley Cooper, Jennifer Lawrence and Meryl Streep. That tweet’s record was set at 255,000 tweets per minute.

If only Bradley's arm was longer. Best photo ever. #oscars pic.twitter.com/C9U5NOtGap

Though much has been made about Twitter’s (TWTR) slow subscriber growth, which has pressured the social company’s stock, it does have more users now than it did in early 2014. Twitter ended 2015 with 320 million monthly active users globally. That is far above the first quarter of 2014, when the quarterly monthly average was 255 million.

DiCaprio’s victory (and the subsequent tweet storm) was a more spontaneous moment, unlike the DeGeneres moment, which you may recall was product placement for Academy Awards advertiser Samsung. It also raised questions about who owned the trademark to that image. (Cooper took the image, and thus he owns the rights to it).