America is Building Too Many Highways 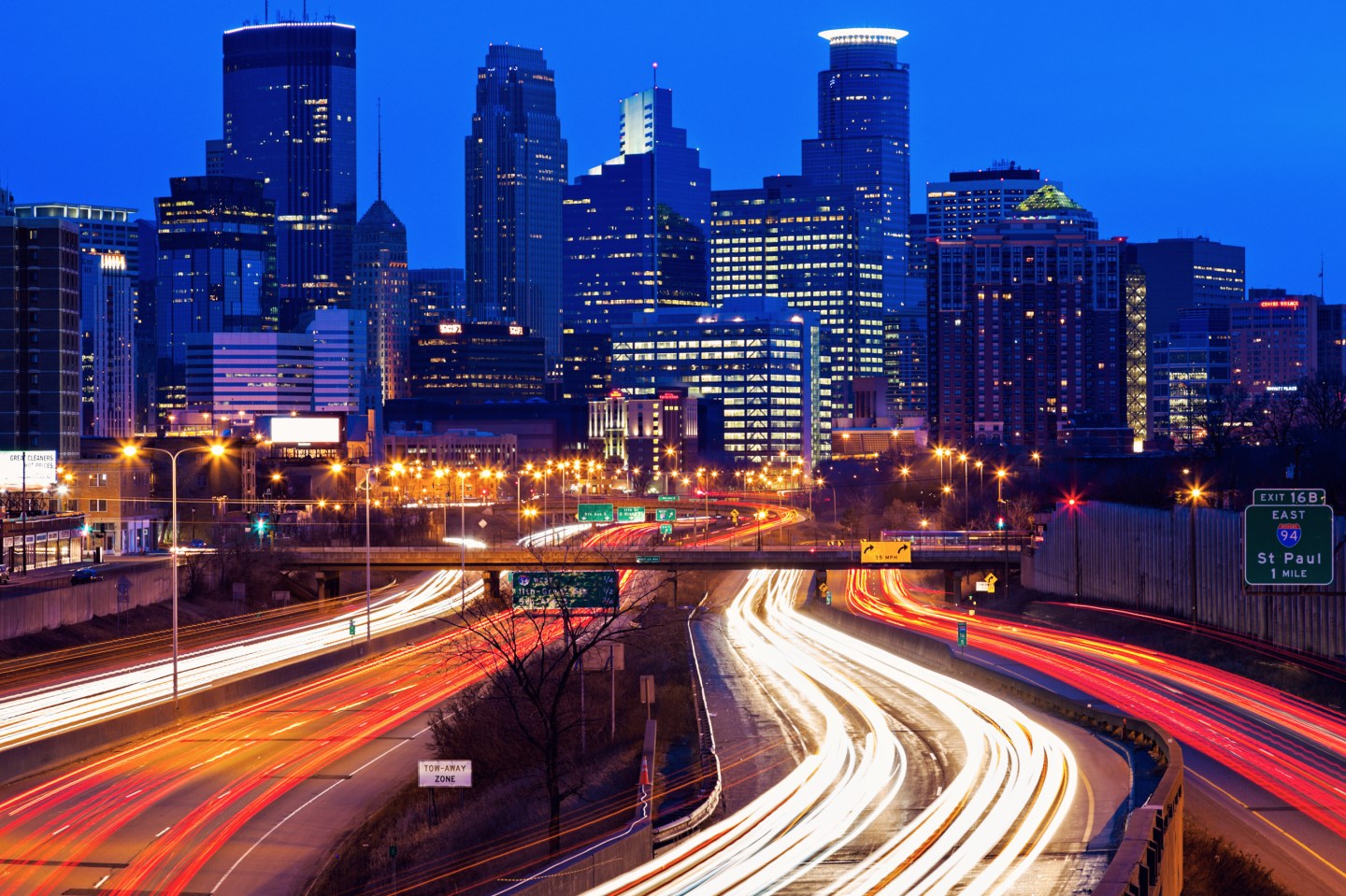 Earlier this month, the Congressional Budget Office released a series of recommendations for adjusting the way Federal dollars are allocated for highway construction nationwide. The research agency had several specific recommendations, all backed by one fundamental—and, coming from a nonpartisan governmental source, fairly stunning—conclusion:

It’s time for America to stop building so many roads.

The report comes as the nation’s highways face a trifecta of immediate and longer-term challenges. After years of recession-driven decline, the total number of miles driven by Americans has been increasing steadily over the past 21 months (That’s most likely driven more by cheap gas than any broader economic factors). Meanwhile, falling gas tax revenues have left the federal Highway Trust Fund starved, and the U.S. is expected to add 100 million citizens to roads near you by 2060—a 33% increase from today.

But we’re due for a hard look at highway spending for a less obvious reason. American highways were a crucial engine of economic growth over the 20th century, with each new improvement in the system giving workers easier access to jobs suited for their skills, encouraging greater business specialization, and making it cheaper to get goods to consumers. But the CBO report says that’s not as true as it once was. “The extent to which new highways boost economic activity has generally declined over time,” it reads. “Yet spending has not shifted much accordingly.”

One reason a new highway produces less economic benefit than it did, say, back in the 1940s, is simply that we’ve already built a network that connects nearly every part of the country. And there’s a growing body of evidence that expanding an existing road – widening it from four lanes to six, for example—doesn’t provide a proportional reduction in congestion. That’s because increasing road capacity along existing routes actually encourages more people to drive—a phenomenon known as “induced demand.”

Because of this changing landscape, the CBO suggest that more emphasis should be placed on maintaining existing roads than building more of them – currently, almost all federal funding goes to new or expanded roads, rather than maintenance.

The CBO does point out that even if not every road project is worth the money, at least some still are. But surprisingly, federal funding doesn’t currently involve much close analysis of proposals—less than half of federal highway money is tied to the amount of traffic on funded projects, for example. The CBO recommends that funding preference should be given to states that conduct more rigorous cost/benefit analysis of proposed projects, and document concrete benefits after they’re finished. Using existing data, the report finds that this would dramatically shift road spending from rural to urban projects.

For more on traffic and how to deal with it, watch our video.

The report’s most surprising recommendation is that more highway funding should go to projects that charge drivers for road use, whether in the form of a tax on miles traveled, more tolling on existing roads, or systems to enable so-called “congestion pricing” during peak demand. While the CBO acknowledges those approaches could have a disproportionate impact on low-income drivers, they would dramatically decrease congestion if they encouraged even a relatively small number of drivers to take a different route, or drive at a different time.

The CBO report, somewhat surprisingly, doesn’t discuss the possibility of shifting federal spending away from highways altogether and towards public or alternative transportation. But if building more roads isn’t the answer to our looming congestion crisis, it’s clear that new transportation capacity is going to have to come from somewhere.