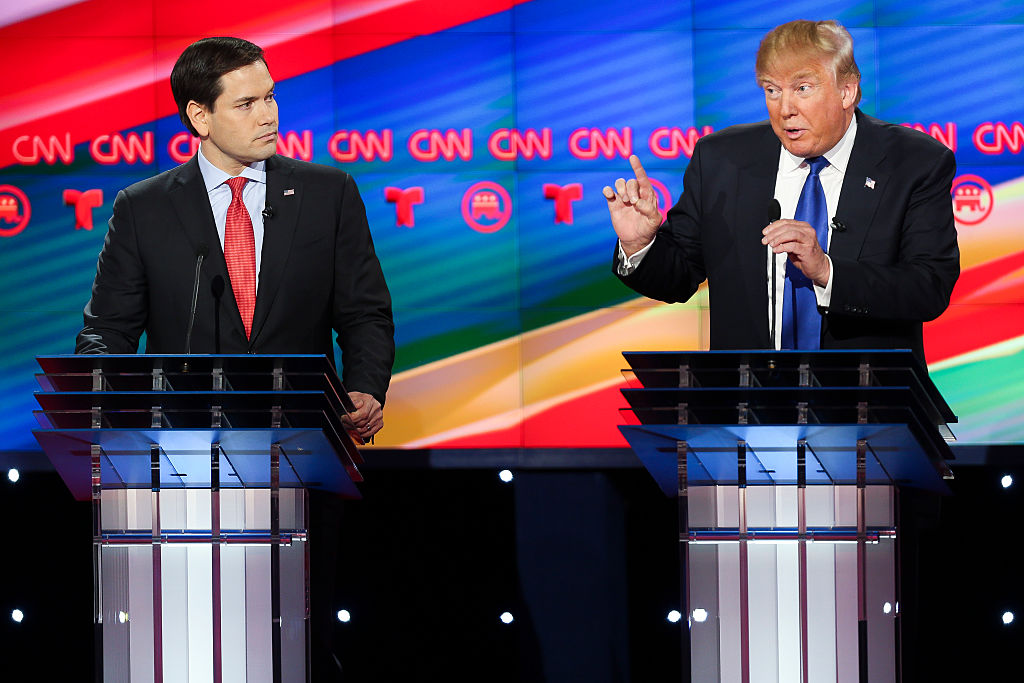 Marco Rubio called for a fact-check during the Republican presidential debate on Thursday — and viewers immediately went to Google to do exactly that.

Rubio and front-runner Donald Trump had a heated exchange over immigration policy, particularly how each would handle the border. Trump defended his plan to build a wall along the Mexican border, when Rubio quipped that Trump would use illegal labor to build it.

Rubio was referencing a 1990 New York Times article that reported that Trump used some 200 undocumented immigrants in the construction of his infamous Trump Tower.

Searches of Donald Trump and Polish workers went up some 300%, according to Google Trends.

Rubio and Trump butted heads at Thursday’s debate, as the Florida Sen. seeks to become the establishment alternative to Trump.