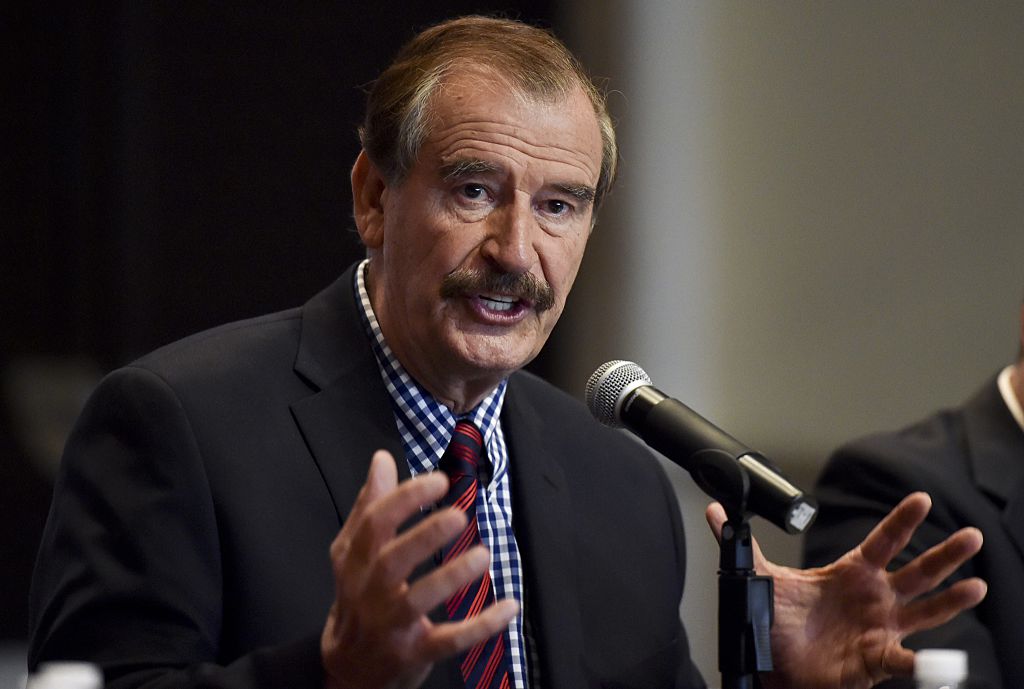 Former Mexican President Vicente Fox said his country will not pay for a wall along its border with the United States—despite an oft-repeated campaign promise by Donald Trump that he’ll get Mexico to foot the bill.

In an interview with Fusion’s Jorge Ramos, Fox used explicit language to express his discontent with Trump’s frequent bravado about building a wall and getting Mexico to pay for it. “I declare, I’m not going to pay for that f–king wall,” Fox said. “He should pay for it. He’s got the money.”

Fox dismiss the possibility of Donald Trump winning both the Republican nomination and the general election, suggesting that the business mogul is a “crazy” person who “doesn’t know what’s going on in the world today.” The former president, who served from 2000 until 2006, also said he was concerned about the results of the Nevada caucuses, where Trump was supported by 45% of Hispanic Republican caucus-goers, according to entrance polls. The results were striking given Trump’s reference to some Mexican immigrants as “rapists” and “killers.”

“I’d like to know who those Hispanics are because they are followers of a false prophet,” Fox said. “If they think that they will benefit from an administration led by Donald Trump, they’re wrong.”