Houston, We Have a Problem: The Oil Rout Hits Texas 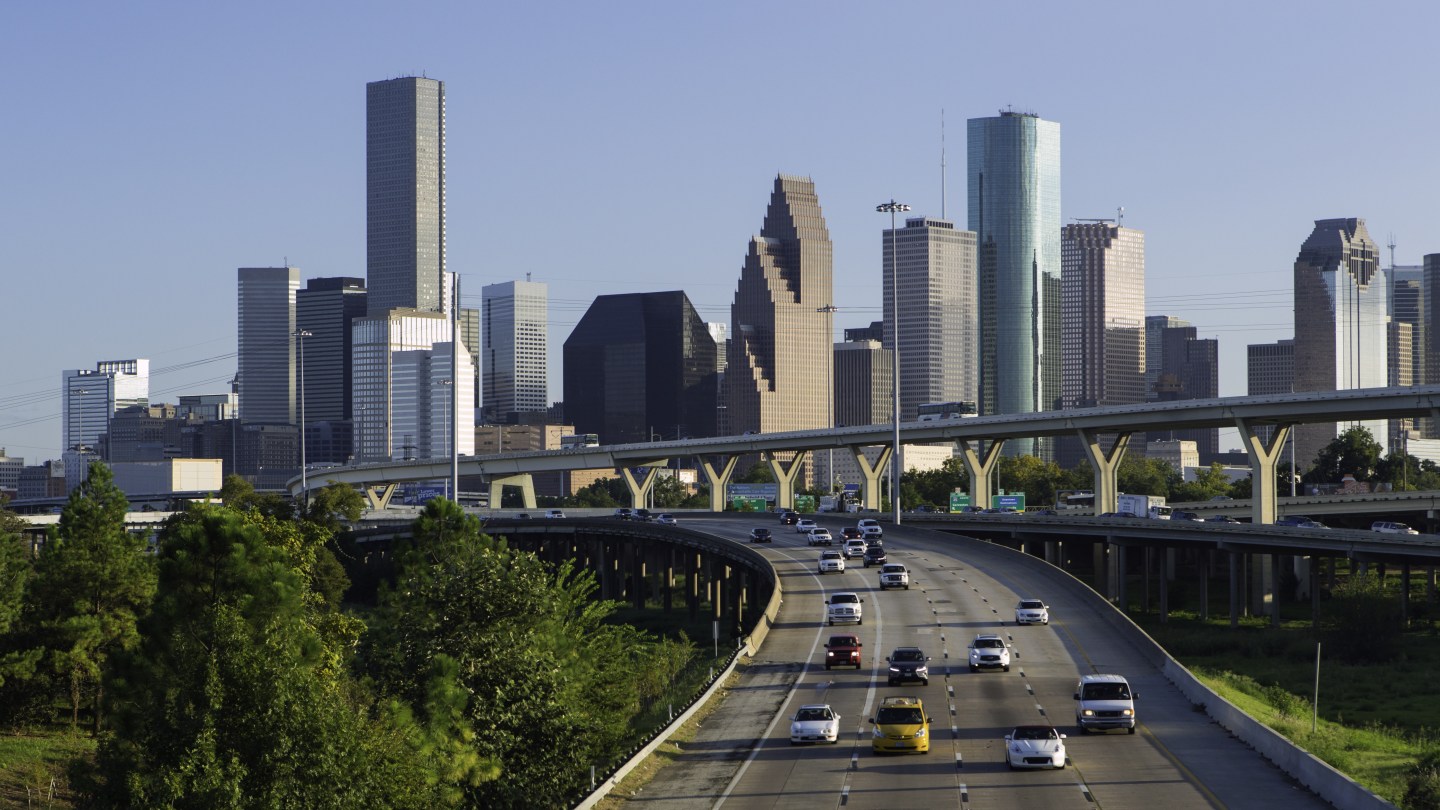 Prices for mansions in Houston’s swankiest neighborhood have tumbled in lock step with crude prices. The Houston Opera has offered free season tickets to patrons who lost their jobs in the oil bust. A fancy restaurant offers cut-price dinners.

Twenty months into the worst oil price crash since the 1980s, well-heeled residents of the world’s oil capital are among the hardest hit largely because tanking energy firm shares make up much of oil and gas executives’ compensation.

In River Oaks, a neighborhood of palatial mansions and lush gardens, the average sales price of a home has tumbled to $1.3 million from $2 million in the middle of 2014 when oil began its more than 70% slide, according to data from the Houston Association of Realtors and Keller Williams. Median property prices in the area have already fallen further in this downturn, which is not yet over, than the 16% drop in the previous oil slump in 2008 and 2009.

City-wide data also show that while overall sales of single family homes fell 2% in January, sales of those priced over $500,000 tumbled 9%. The overall median house price was $200,000, up 5% on the year, according to the realtors’ association.

While Houston’s economy is far more diversified now than in the 1980s when the city lost 13% of its jobs, it remains home to 5,000 energy-related firms and the fortunes of oil and gas executives are tied more than ever to the energy market.

“Now, you’re looking at 70 to 80% of CEO compensation in stock on average for oil and gas companies,” he said. “They are going to be exposed to commodity price cycles.”

For example, former oil executive, Kolja Rockov, whose extravagant wedding with dancers and acrobats became a local online sensation three years ago, briefly put his unfinished mansion on the market for $6.9 million, according to listings. Work appeared to stall on his house as an SEC filing showed he involuntarily sold 239,000 shares of the company’s tanking stock he had used as a collateral for a loan. Rockov lost his job as Linn Energy LLC’s CFO in August.

Luxury car sales are also slower in Houston than in other parts of the state and the country.

“If you’re working for an energy company, you see all this stress around you, it might nick your purchase confidence, even if you are fairly high income,” Earl Hesterberg, chief executive of Houston-based Group 1 Automotive Inc, told Reuters.

He said excess inventory was most acute for top line BMW and Mercedes-Benz models in Texas and Oklahoma.

In a nod to the downturn, Ouisie’s Table, a River Oaks institution, is now offering its “Oil Barrel Bargain,” a three course dinner for the price of a barrel of oil, now around $30.

To be sure, oil executives are not alone in feeling the pain. Many blue collar jobs in oilfield equipment production have disappeared. So have thousands of middle management jobs in oil exploration and production. A regular Uber customer is likely at some point to ride with a former energy industry professional.

“It pays for the mortgage,” said Matthew Clemonds, who once did mapping for pipeline companies and now works for the ride-sharing company.

Job growth has slowed to a crawl from the breakneck pace of 100,000 a year during the oil boom; housing starts are down and subleasing of new office space is rising, according to government data and NAI Partners, a real estate consultancy.

But so far, owing to its diversity, the metropolitan economy has shown remarkable resilience, adding 20,000 jobs to just over 3 million last year.

For example, Houston is home to the Texas Medical Center, the world’s largest cluster of hospitals, research facilities and affiliated universities, which says it employs 106,000.

In the energy sector, about $50 billion being invested in new petrochemical plants to take advantage of cheap supplies is helping offset upstream job losses.

Bill Gilmer, a University of Houston economist, says so far it has paid off to tough it out through oil’s booms and busts and notes that ever since 1969 Houston has consistently ranked among the fastest growing U.S. cities.

“The only problem is that it can be a rollercoaster.”