The Gap Between America’s Richest and Poorest Communities is Growing 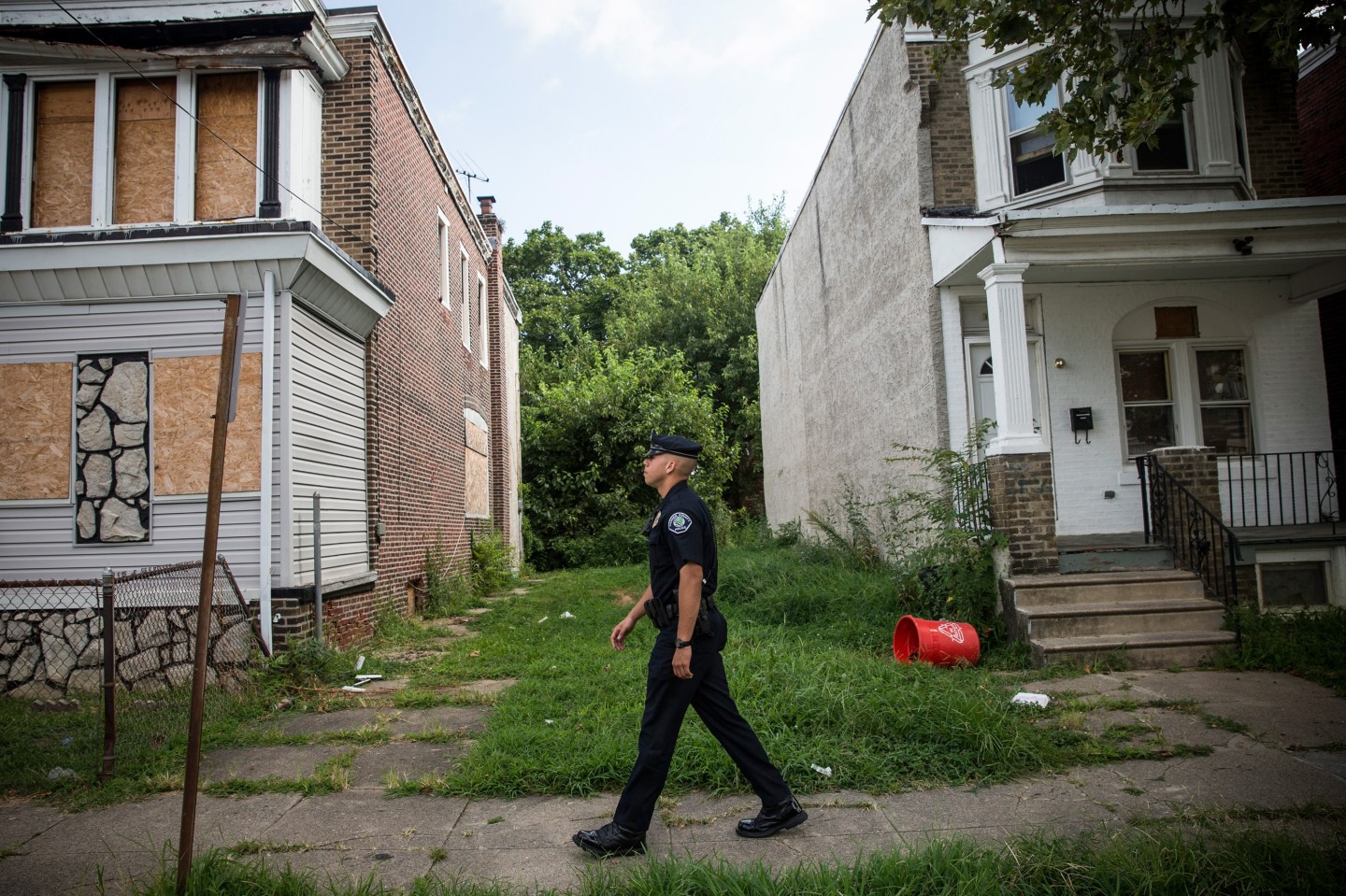 The United States might be out of a recession, but that turnaround has left many communities behind.

The top zip codes across the country—places like Arlington, Va. and San Francisco—have experienced an economic boom, but there is a growing gap between those communities and the country’s most distressed ones, according to a report called the Distressed Communities Index by the Economic Innovation Group.

“Most American communities are not distressed, but they are far from flourishing,” the report says. “Zip codes mere miles apart occupy vastly different planes of community well-being—and few people are truly mobile between them. It is little surprise that many Americans feel they have been left behind.”

The index, which is the group’s first comprehensive report, ranks zip codes by economic indicators like poverty rates and changes in employment. The Economic Innovation Group launched almost a year ago with backing from Silicon Valley heavyweights Sean Parker and Ron Conway.

The report paints a portrait of two diverging Americas: one prosperous group of communities where vacant houses, poverty and those without a high school diploma are nearly non-existent, and another swatch of communities where more than a quarter of residents live in poverty.

More than 50 million Americans live in distressed communities, where nearly a quarter of residents lack a high school diploma, and employment opportunities have dropped by nearly 7%. In the most distressed city in the country, Camden, N.J., the city’s median income is 36.4% that of the rest of the state. Other cities topping the distressed list are Detroit, Cleveland, and Flint, Mich.

But the report goes into even more detail by examining economic indicators by zip code, allowing researchers to analyze inequality within cities. The report found that even the most prosperous cities have failed to achieve shared growth. Within San Antonio, for example, one zip code registered just .5 on the index—boasting a poverty rate of just 4% and a nearly 24% growth in employment—while another city zip code hit 97.6 on the index for its 42% poverty rate.