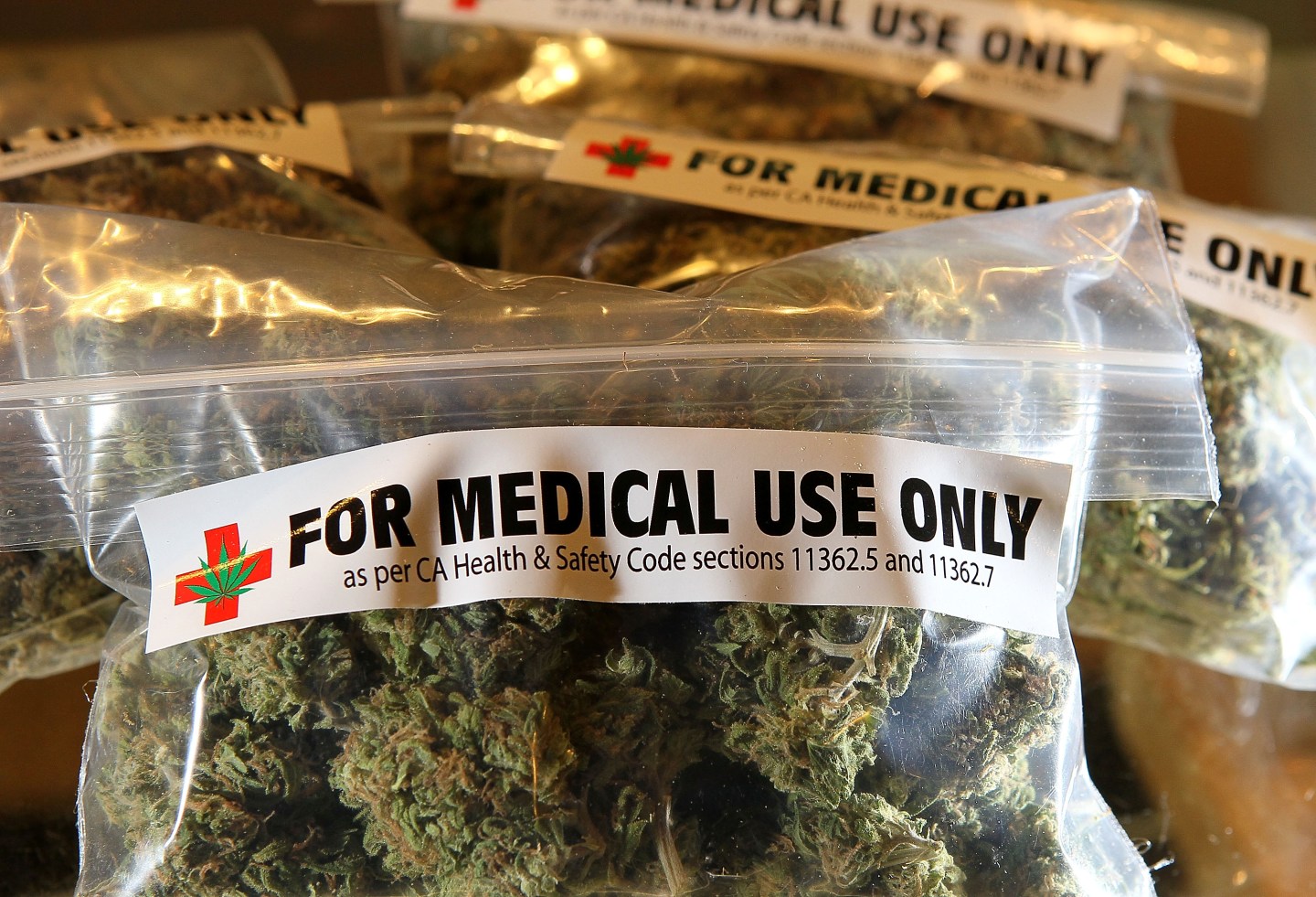 UPDATE: This article has been updated to include a statement from Shoppers Drug Mart.

Shoppers Drug Mart is reportedly thinking about adding a new drug to its cabinets.

The largest drugstore chain operator in Canada, with nearly 1,300 locations, is considering adding various lines of medical marijuana to the products it sells in its stores, according to a report from The Globe and Mail, which cites anonymous sources.

Shoppers Drug Mart is apparently talking to several licensed medical marijuana producers in Canada about the possibility of carrying their brands in the company’s stores, while the retail pharmacy chain is also considering developing its own generic line of medical marijuana to sell under its own brand, The Globe and Mail reports.

The publication also points out that, under current Canadian laws, retail pharmacies are not allowed to distribute medical marijuana from their storefronts, which means it would first take a regulatory change for Shoppers Drug Mart to be able to sell medical pot in its stores.

When reached by Fortune for comment, Shoppers Drug Mart spokeswoman Lana Gogas pointed to Canada’s current laws before explaining that the company believes pharmacists should have the ability to dispense the drug, along with existing licensed producers. “Pharmacists are medication experts and play a significant role in the dispensing and monitoring of medication to ensure safe and optimal use,” Gogas said in a statement. “We believe that dispensing medical marijuana through pharmacy, like other medications, is the safest option.”

Medical pot has been legal for 15 years in Canada, while new Prime Minister Justin Trudeau also plans to push to legalize recreational cannabis in the country. The Globe and Mail notes that Shoppers Drug Mart would not be alone among Canadian pharmacy retailers in considering medical pot sales, with the drugstore chain Rexall also reportedly considering a similar plan. Last year, Canada’s Supreme Court ruled that retailers could sell medical marijuana in all of its various forms—from oils to edibles—as opposed to having to sell only the plant itself, which can be more cumbersome and odorous than many of its derivatives.