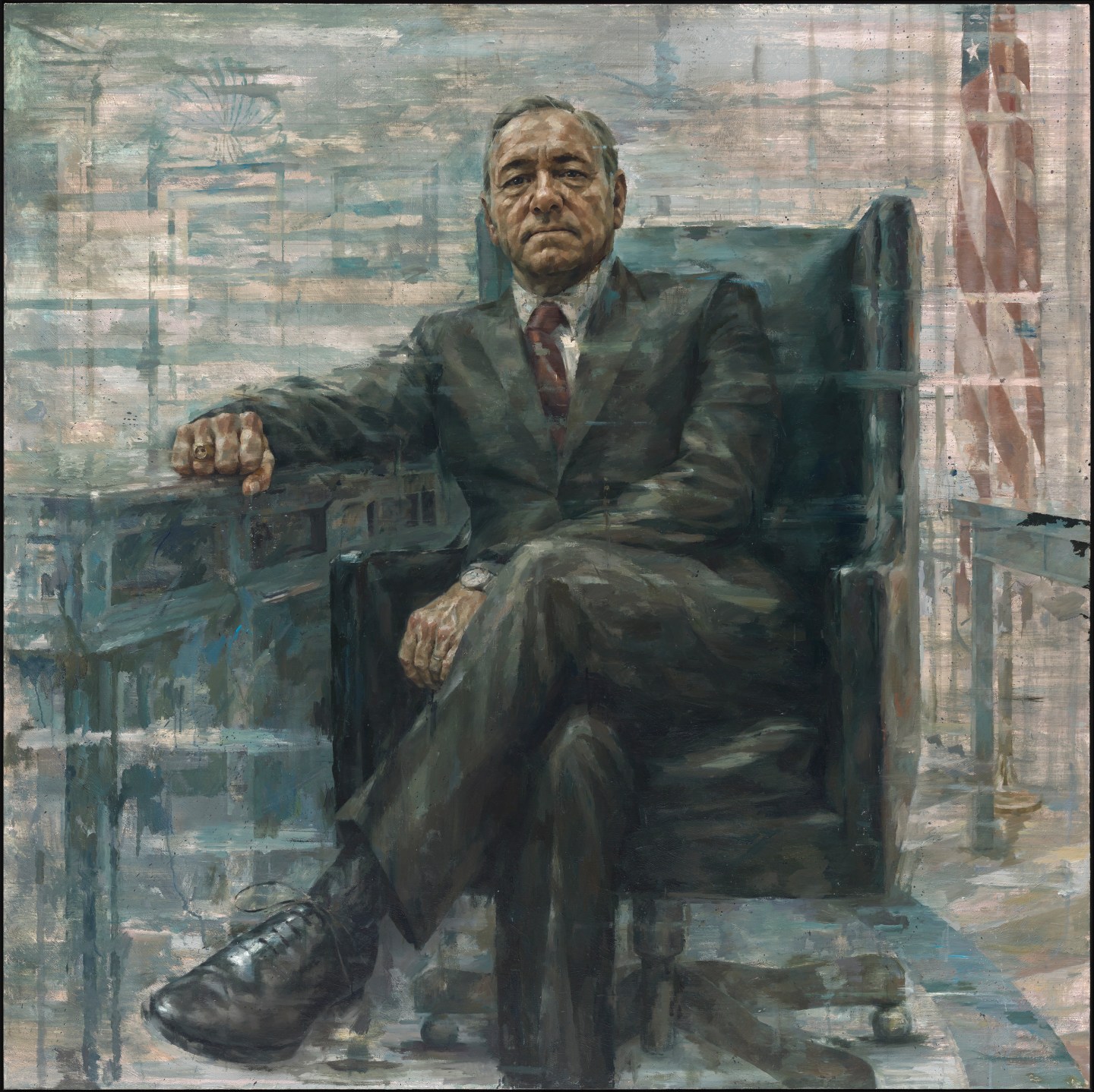 President Frank Underwood has finally joined the ranks of fellow American commanders-in-chief. In his own way.

The Smithsonian’s National Portrait Gallery unveiled a painting of House of Cards‘ fictional POTUS on Monday night in Washington, D.C.

“I’m pleased that the Smithsonian continues to prove itself as a worthwhile institution,” Underwood said in a statement. “I’m one step closer to convincing the rest of the country that I am the President.”

WANT MORE EW? Subscribe now to keep up with the latest in movies, television, and music.

The true Spacey also chimed in a statement: “Actually, I’m really delighted to be included in a work of art at such a remarkable institution. When the Smithsonian’s Portrait Gallery first approached Jonathan and me about a portrait of me—the actor—I wanted to see if Jonathan could unveil a fully rendered presidential portrait. It is a real honor to be exhibited at the Smithsonian and a thrill to see Frank take his place among the presidents in this historic setting.”

Those in attendance also got to catch the season 4 premiere of House of Cards; for everyone else, the next installment of Netflix’s Emmy-winning series begins streaming March 4.
This story originally appeared on ew.com.