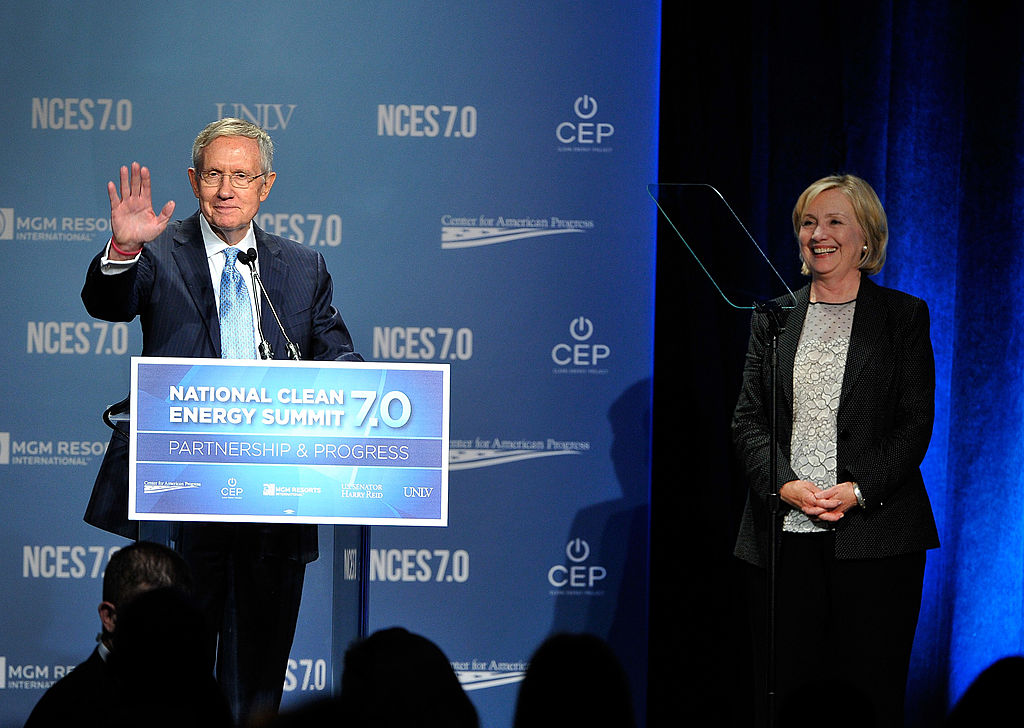 In an interview with CNN, the Nevada Senator called for Democrats to consolidate support behind the former Secretary of State, arguing she would be better for the middle class than rival Vermont Sen. Bernie Sanders.

“I think that my work with her over the years has been something that I have looked upon with awe. She was the first lady. She started the trend toward looking to do something about health care. She understood the issue well, she was the front on the health care during that administration,” he told CNN.

Reid’s endorsement came four days after Clinton won a hard-fought race in his home state’s caucuses, and eight years after he endorsed Barack Obamaover Clinton in the 2008 primary.

According to CNN, Reid called Sanders to tell him about the endorsement beforehand.

Overall, Clinton has the support of 192 Democratic members of Congress, while Sanders has only three endorsements from Representatives and none from his fellow Senators, according to an endorsement tracker from Capitol Hill newspaper Roll Call. One Democratic Representative also endorsed former Maryland Gov. Martin O’Malley, who has since dropped out.