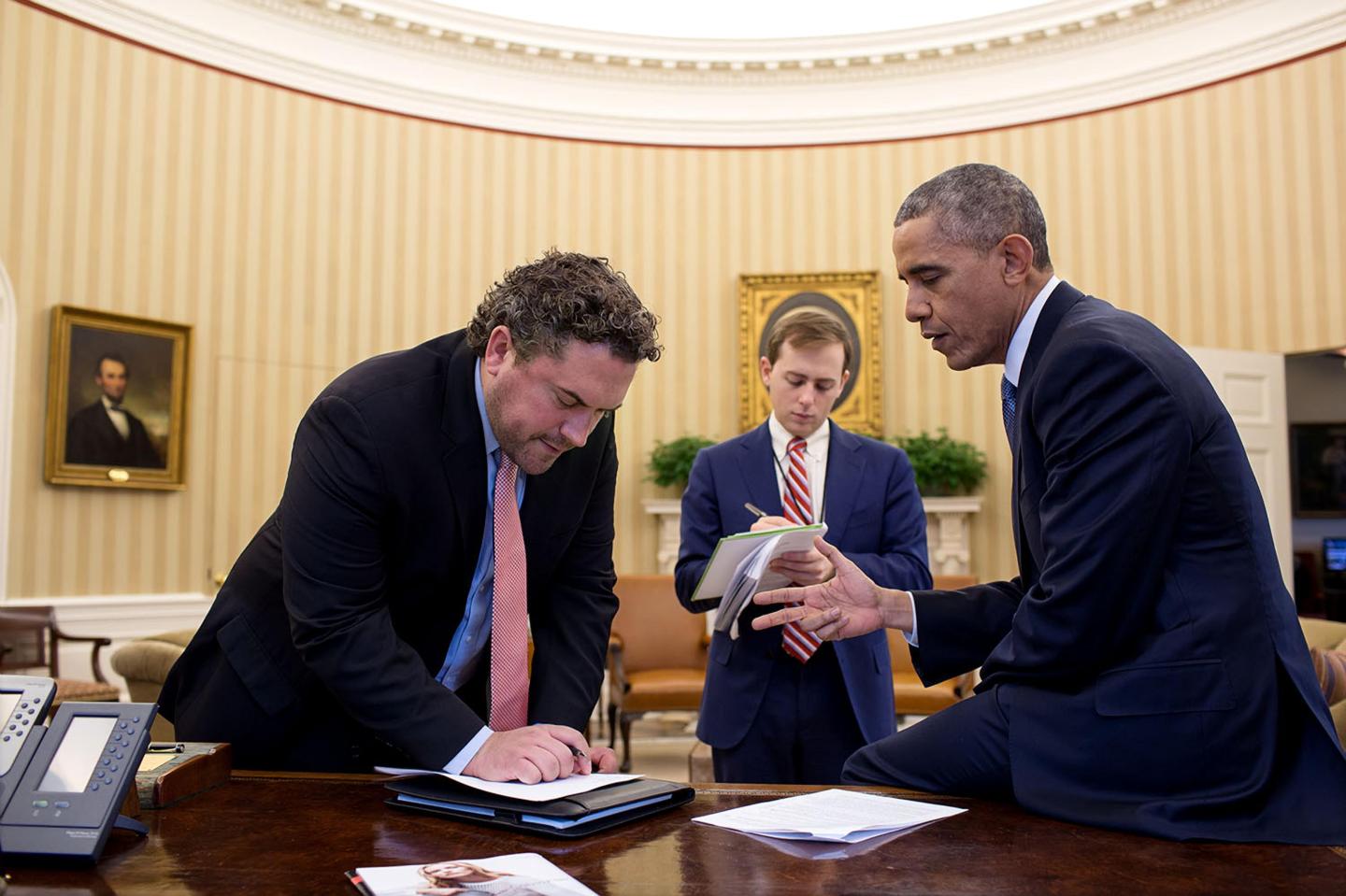 EHRWG7 US President Barack Obama works on his immigration speech with Director of Speechwriting Cody Keenan and Senior Presidential Speechwriter David Litt in the Oval Office of the White House November 19, 2014 in Washington, DC.
Photograph by White House Photo via Alamy Stock Photo

David Litt, who up until January worked for the White House as a speechwriter for President Obama, is joining comedy site Funny or Die, according to a press release.

“He’s funny, clearly much smarter than all of us, and bears a striking resemblance to ‘Tommy Boy’-era David Spade, which means a lot,” Mike Farah, Funny or Die’s president of production, said in a statement.

For Obama, Litt served as a special assistant and a senior presidential speechwriter. Litt was responsible for writing for Obama’s White House Correspondents’ Association dinner speeches.

“David Litt is brilliant and I’m very excited that he’ll now be part of the Funny Or Die team,” comedian Billy Eichner said in a statement. “I’ve gotten to witness first hand some of the work David has done for President Obama at the past few White House Correspondents Dinners and it’s always intelligent, razor sharp and hilarious.”

Funny or Die is known for videos starring celebrities and, two years ago, Obama appeared in a “Between Two Ferns” segment with Zach Galifianakis. The video (below) received over 13 million views on YouTube.

Funny or Die was founded by Adam McKay, Will Ferrell, and Chris Henchy in 2007.