Will the Biggest Millennial IPOs Hold Strong for 2016? 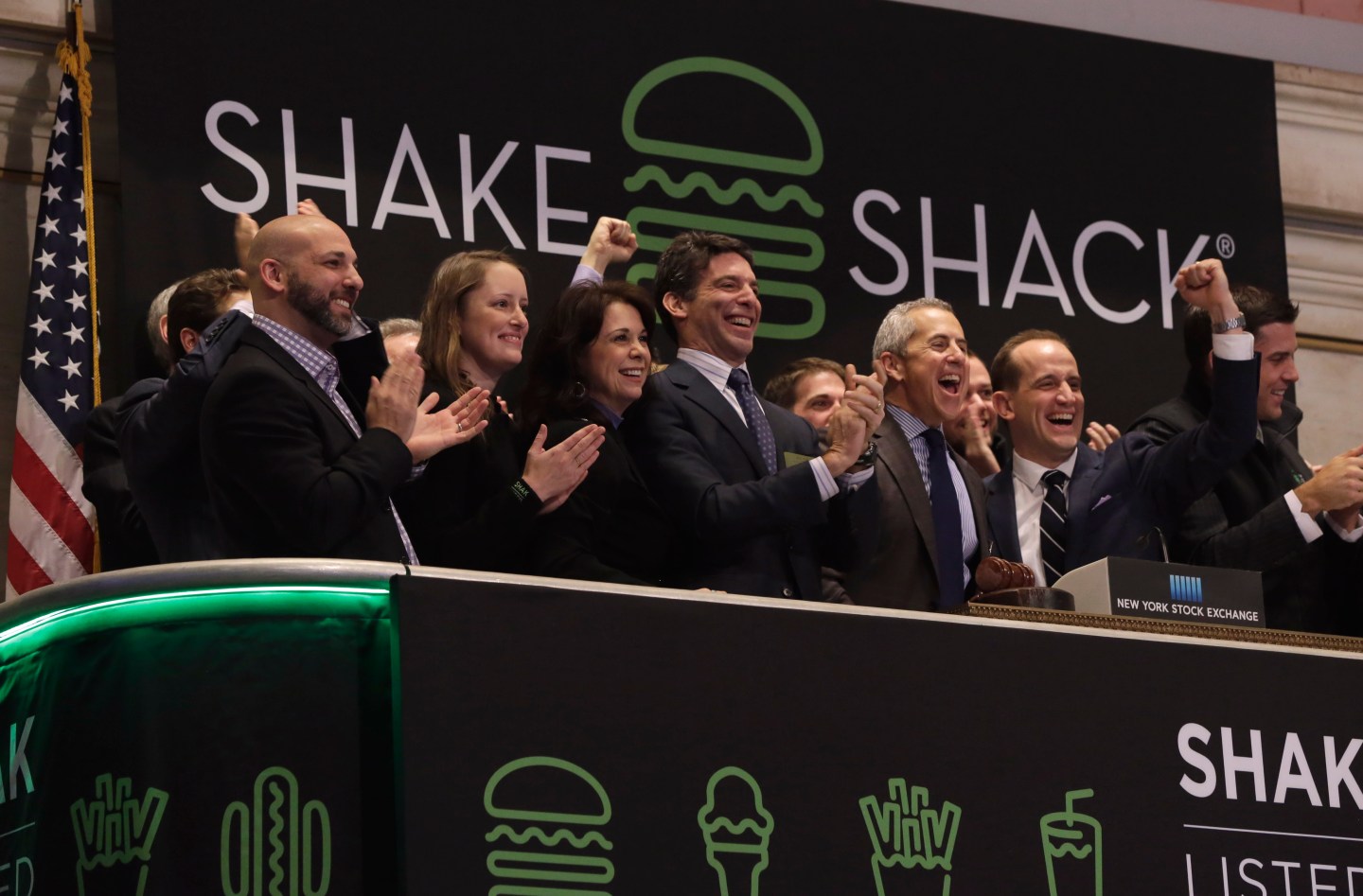 We’re calling it. 2015 was the year of the Millennial Market. While you were juice cleansing your way through the latest season of Game of Thrones, Millennial brands were busy IPO’ing. Before you get too pumped up for the SoulCycle IPO expected this year, here are the six companies that went public in 2015 we’d actually want to face time with.

Odds are you’re willing to wait 1.5 hours in line for a 6-ounce patty of locally-sourced Shake Shack ($SHAK).Millennials are notorious for only consuming beef from pasture-raised, cage-free, weekly-massaged cows that were nurtured by non-helicopter parents on Tesla-powered farms.

Now investors think the fast-casual chain’s Chick-Fil-A-killing fried chicken sandwich will add all-natural protein to its caloric rise nationwide – a key analyst at William Blair actually upgraded the stock to “outperform” on expectations that the poultry-focused menu addition (which costs $1 more than your traditional Shack Burger) will lead to new fans…and sales. Despite the delicious news, the stock remains about 25% below its February 2015 IPO.

It’s only a matter of dates before they get in bed with FarmersOnlyDating and J-Date too, but for now namesakeMatch.com is the main love portal driving revenues. And even if you don’t have a date for this Saturday, you can get in on the action after Match.com’s $400 million IPO last November, which resulted in a 23% surge in stock price on its very first day of trading.

How many steps did you take between spin class and the juice bar? Thank God there’s finally an app that can count that for you. Just in case Millennials weren’t chia-seeded-up enough, Fitbit’s ($FIT) summer IPO got the wearable tech innovator on wrists nationwide. While you chowed down on mom’s cooking over the holidays, Fitbit became the most-downloaded app in the App Store.

Life’s good when you know you burned 4,000 calories in one day, but it could be better for Fitbit. After revealing its newest watch gadget to track your fitness goals, investors haven’t been too impressed and worry how the Fitbit “Blaze” will compete against the Apple Watch.

Why buy a normal gift when some random person across the country can make it for you out of the materials found in their yard? Hipsters nationwide celebrated as the online craft marketplace Etsy ($ETSY) joined the NASDAQ. Now instead of selling your beard-scented candles in just one corner of Williamsburg, Brooklyn, the whole world is your potential customer!

Etsy is already facing competition from a similar platform rolled out by Amazon, which has sent ETSY shares down 70% since its April 2015 IPO. Even if you’ve lost money owning Etsy stock, the DUMBO, Brooklyn based company can still be your go-to for furniture to decorate your way-too-small apartment.

Heading to the farmers market this weekend? Grabbing coffee at some trendy coffee shop with six different exotic brews? Odds are that retailer’s not using those arm-sized old school credit card processors and have some fancy-schmancy iPad instead – behold, on that tablet, Square ($SQ).

The digital payment-processing tech giant is revolutionizing how Millennials buy. Unfortunately, the stock hasn’t been as revolutionary. In its $243 million IPO filing last fall, Square revealed a nearly $80 million loss over the first half of 2015 on $560.5 million in revenue and the losses continued into the 3rd quarter. Investors are even wary of CEO Jack Dorsey, who is simultaneously the CEO of Twitter, trying to split both jobs like it’s no big deal.

Unless you work at a bank, anyone grinding a 24/7 startup (or any aging company trying to “look cool to Millennials”) is familiar with a few things: office ping-pong table, office pets, and Box.com. Box ($BOX) is the online file sharing biz that allows businesses to save all their good stuff on the cloud.

The company’s $175 million IPO at the beginning of 2015 kicked off the year for tech companies going public. Unfortunately, like many of its tech IPO brethren, the stock fell six months later once the “lock-up” period ended – that’s the time during which executives and insiders can’t sell the stock. But once they can, they shredded their shares like a paper document.