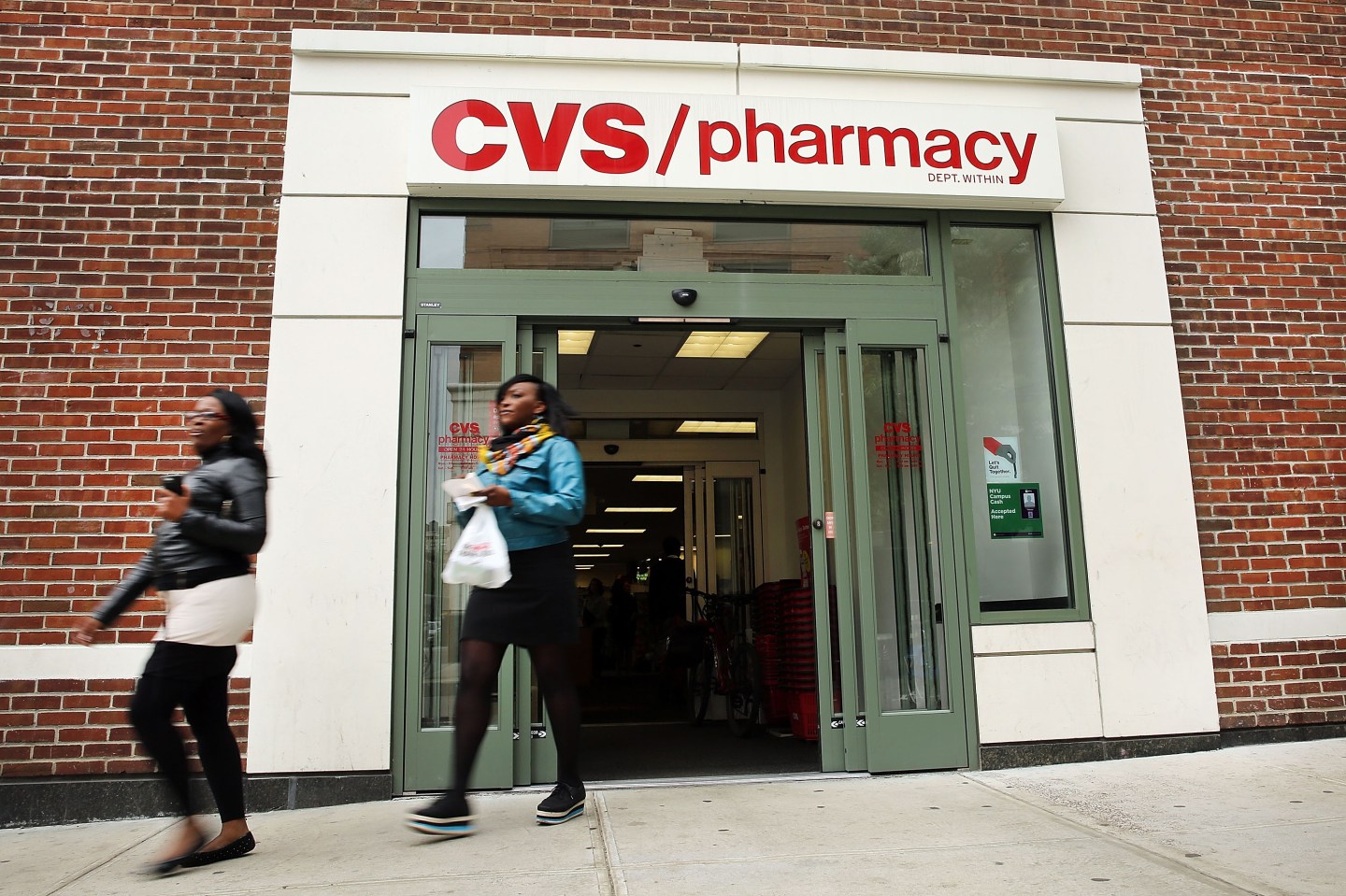 NEW YORK, NY - MAY 21: People leave a CVS store in Manhattan on May 21, 2015 in New York City. CVS Health, the second-largest United States drugstore operator, has agreed to buy the pharmacy services provider Omnicare for about $12.7 billion, including debt.(Photo by Spencer Platt/Getty Images)
Photograph by Spencer Platt — Getty Images

CVS Health, which manages drug benefit plans for millions of Americans, credits its savings to its preferred drug list and directing patients to more affordable but equally effective medicine options. The company said it saved $20 million or more in prescription drug costs for patients through this approach. In 2014, CVS Health said drug spending jumped 11.8%.

So, slowing down spending to 5% is quite significant, especially given the big price increases across brand-name and specialty prescription drugs. In the industry as a whole, prescription drug prices grew by 10.4% in 2015, with branded drugs up the most at 14.8%, according to research from pharmaceutical tracking firm Truveris.

“The double-digit drug trend increases we were experiencing in 2014 resulted in a call to action from our clients to help them ensure their plan members could access the medications they need to stay healthy, at an affordable price,” Jonathan Roberts, president of CVS Caremark and executive vice president of CVS Health, said in a statement.

As a pharmacy benefit manager, CVS Health (CVS) negotiates discounts with drug companies to help find savings for employers, insurers, and patients. It often will favor one drug maker’s medicine over another in exchange for better prices. Even as list prices for drugs grew shockingly fast, U.S. brand-name drug prices jumped only 0.7% as of mid-2015, a credit to pharmacy benefit manager’s negotiations with drug makers, according to investment research firm SSR.

This approach led to especially strong savings last year for expensive hepatitis C medicines, for CVS Health as well as rival Express Scripts (ESRX). Express Scripts chose AbbeVie’s (ABBV) drug over Gilead Sciences (GILD), which set off a price war over hepatitis C drugs. CVS Health ended up giving preferred status to Gilead’s drug. In the end, hepatitis C drug prices across the board declined 25% as of the second quarter of 2015, said SSR.

“Our programs were effective and successful, as shown by the dramatic drop in overall drug trend last year, and moving forward, we will continue to focus on identifying key drug trend drivers in real time and quickly deliver flexible solutions,” said Roberts.