Marco Rubio Is Winning the Campaign for Wall Street Cash 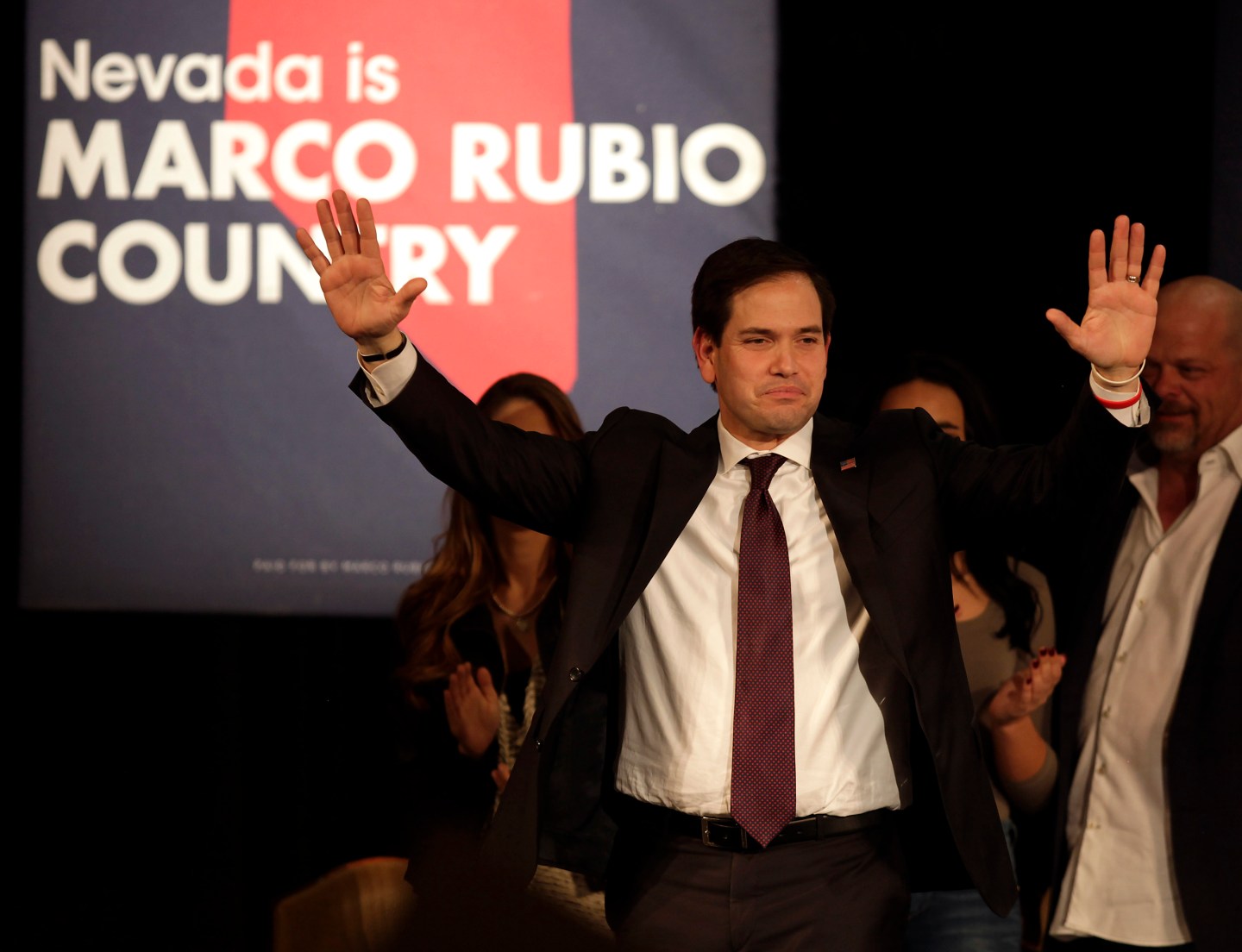 Republican Marco Rubio’s presidential run has drawn more money from Wall Street donors than any other candidate, according to a Reuters review of campaign finance disclosures, shoring up his position as his party’s establishment alternative to front-runner Donald Trump.

The U.S. senator from Florida has received more than $4 million from the employees of banks and investment firms like Bank of America Corp, Deutsche Bank and Goldman Sachs Group Inc since launching his bid for the presidency last year, according to the analysis of individual donations totaling more than $200 each.

Former Florida Governor Jeb Bush, who dropped out of the race on Saturday after poor finishes in the early nominating contests of Iowa, New Hampshire and South Carolina, came in second in Wall Street donations, accumulating $2.45 million in contributions, while Democratic hopeful Hillary Clinton took third place with $723,361, according to the review.

The amounts include contributions to the candidates’ respective Super PACs, fundraising groups that are not directly connected to their campaigns but which spend on their behalf.

More money could be on the way for Rubio as the Republican field narrows. Within minutes of Bush leaving the race, for example, some of his donors told Reuters they were preparing to throw their financial support behind Rubio.

Wall Street donations, however, can hurt as well as help a candidate, especially with voters who blame bankers for the 2008 financial crisis and the ensuing Great Recession.

“The idea of raising cash from Wall Street is a tricky one,” said University of Iowa professor Tim Hagle. “Even on the Republican side, there’s a certain mistrust among the base for that sector.”

But Hagle added that the financial support could help Rubio as he seeks to become the Republican party’s anti-Trump candidate.

“The advantages of having the additional funding at this critical time seem to be worth the extra criticism that might come his way as a result,” the professor said.

U.S. Senator Ted Cruz of Texas, who won Iowa’s caucuses but trailed Rubio slightly in South Carolina’s primary, where he had hoped to win second place, has drawn just under $85,000 from Wall Street employees, according to the review.

The support for Rubio was largely driven by donations to his allied Super PAC, Conservative Solutions. Billionaire investor Paul Singer endorsed Rubio in October and contributed $2.5 million to the Super PAC, according to the filings.

In January, Rubio raised $9,792, the third-highest total for the month in the presidential field behind Clinton, with $51,000, and New Jersey Governor Chris Christie, with $26,000. Christie has also dropped out of the race.

Bush raised just $5,513 from the sector in January.

Democrat Bernie Sanders and Republican Donald Trump have received some of the smallest totals from Wall Street.

Sanders, who has blamed the financial crisis on Wall Street and has promised to break up big banks, raised $26,650 from bank employees since launching his bid, a tiny fraction of the $96 million he has raised from all sources.

Trump, a billionaire businessman who is self-funding his campaign, raised only $1,566 from employees of banks. Most of Trump’s fundraising has come in the form of selling merchandise on his website.