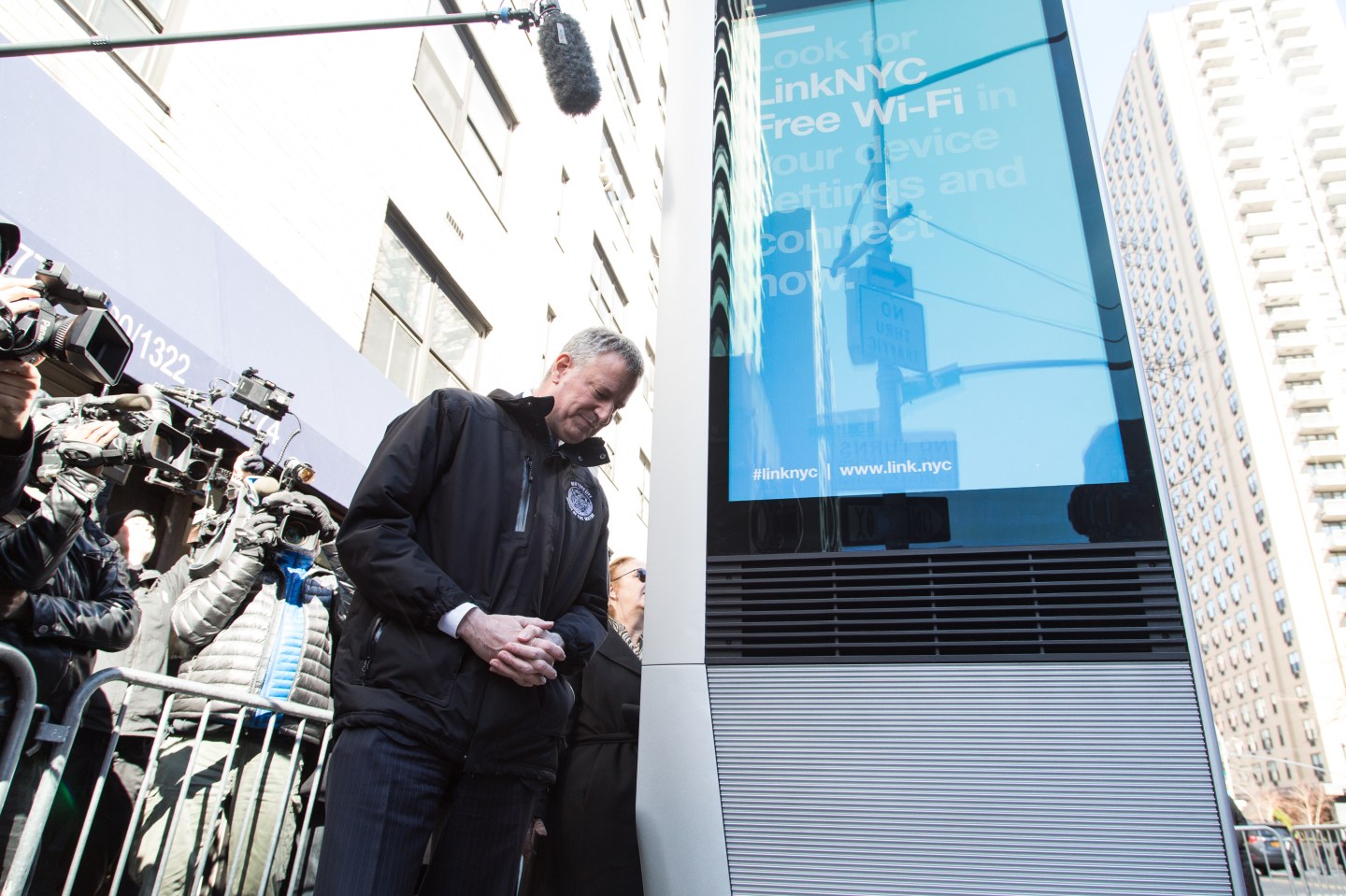 This week, the city officially launched the LinkNYC program that will replace thousands of dilapidated pay-phone kiosks with Wi-Fi hotspots. The new kiosks include free Wi-Fi, domestic calling, charging ports, a 911 button, and a tablet to access the web, according to the Mayor’s Office.

More than a dozen stations are now functional around the East Village, New York reported, and the city eventually plans to open as many as 10,000 across the five boroughs. Unlike the city’s bike share program, which initially rolled out in Manhattan and parts of Brooklyn, the Wi-Fi stations will be brought to parts of every borough by July, including Jamaica, Queens; South Bronx; St. George, Staten Island; and Flatbush Avenue in Brooklyn.

“We fought hard to make sure a digital divide was not created in this city, making sure all five boroughs would benefit from being able to access high-speed Internet through the LinkNYC program,” Bronx Borough president Ruben Diaz Jr. said in a press release.

The stations, which are connected to high-speed fiber optic cables, will become part of the largest municipal Wi-Fi network in the world, according to Mayor Bill de Blasio. “LinkNYC brings us a couple steps closer to our goal of leveling the playing field and providing every New Yorker with access to the most important tool of the 21st century,” he said in a statement.