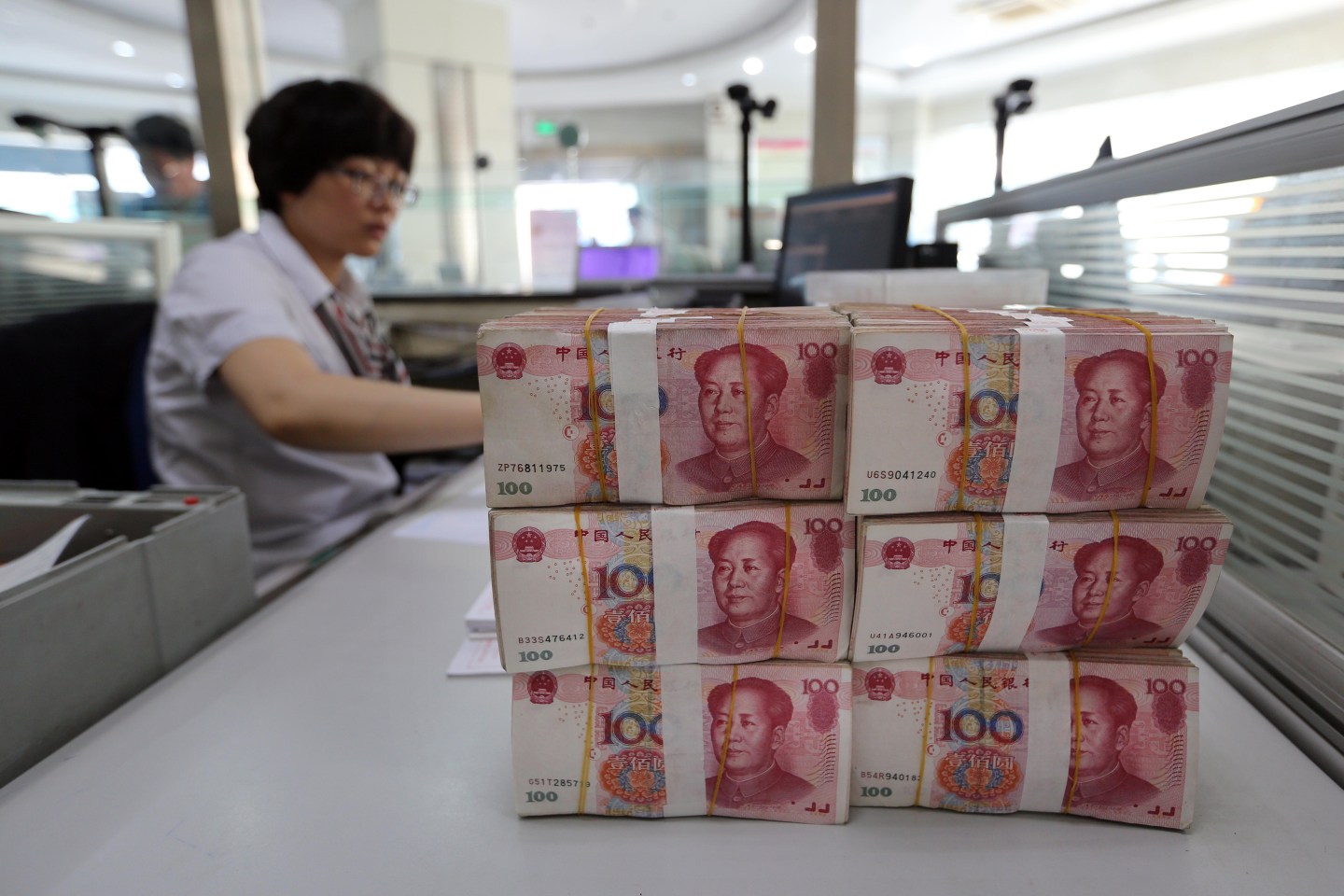 Renminbi banknotes are placed on a bank staff's table in a bank in Lianyungang, east China's Jiangsu province on August 11, 2015. China's central bank on August 11 devalued its yuan currency by nearly two percent against the US dollar, as authorities seek to push market reforms and bolster the world's second-largest economy. CHINA OUT AFP PHOTO (Photo credit should read STR/AFP/Getty Images)
STR AFP—Getty Images

China’s central bank is making it harder to calculate the size of capital outflows afflicting the economy, just as investors have started paying closer attention to those mounting outflows, which in December reached almost $150 billion and in January around $120 billion.

The central bank omitted data on “position for forex purchase” during its latest report, the South China Morning Post reported today. The unannounced change comes at a time pundits are questioning whether outflows have the potential to cripple China’s currency and economy. Capital outflows lead to a weaker currency, which concerns the hordes of Chinese companies that borrowed debt in foreign currencies over the past few years and now have to pay it back with a weaker yuan.

The news of the central bank withholding data is important because capital outflow figures aren’t released as line items. They are calculated by analysts in a variety of ways, one of which includes using the omitted data. The Post quoted two analysts concluding the central bank’s intention was to hide the true amount of continuing outflows.

The impulse to hide bad news shouldn’t come as a surprise. China’s government has been evasive about economic matters from this summer’s stock bailout to its efforts propping up the value of the yuan. Analysts still have a variety of ways to estimate the flows, but the central bank is making it ever more difficult.