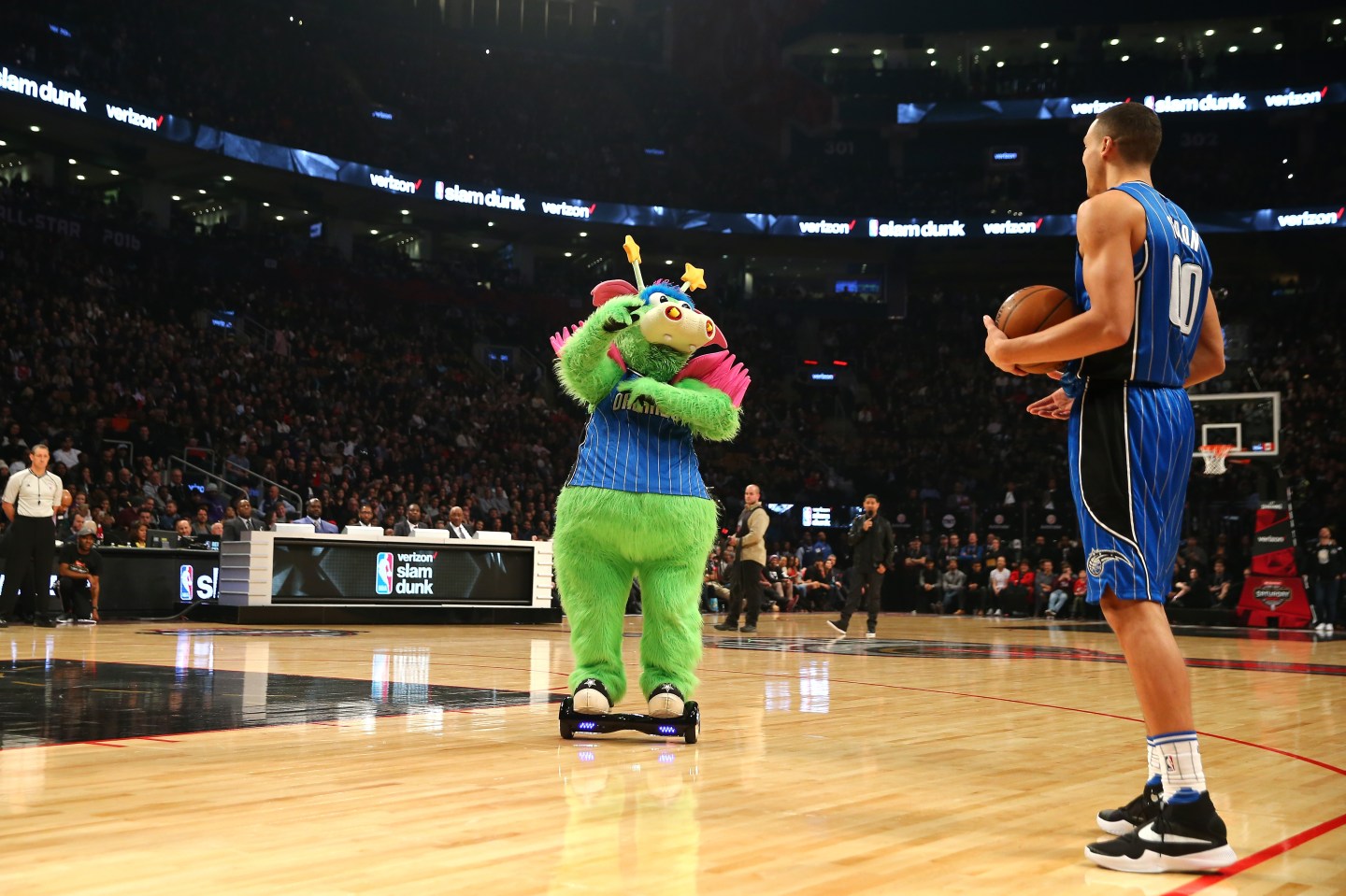 TORONTO, ON - FEBRUARY 13: Aaron Gordon of the Orlando Magic prepares for a dunk with Stuff the Magic Dragon in the Verizon Slam Dunk Contest during NBA All-Star Weekend 2016 at Air Canada Centre on February 13, 2016 in Toronto, Canada. NOTE TO USER: User expressly acknowledges and agrees that, by downloading and/or using this Photograph, user is consenting to the terms and conditions of the Getty Images License Agreement. (Photo by Elsa/Getty Images)
Photograph by Elsa—Getty Images

All hoverboards that lack independent certification have reportedly been deemed “unsafe” by the U.S. government.

That would encompass literally all hoverboards both sold and unsold in the market right now, since none of them have been certified as required. The news, first reported by Mashable, comes after months of investigation into the issues regarding the self-balancing scooters, a tech toy that proved hugely popular over the last holiday season.

The Consumer Product Safety Commission sent out an official notice to all retailers, manufacturers and distributors of hoverboards, telling them that unless the product was certified safe by independent organization UL, they could not be sold. Failure to comply with these new safety standards could result in seizure of the products, and civil and criminal penalties.

According to the CPSC’s letter—which you can read here—hoverboards are said to cause “unreasonable risk of fire to consumers,” due to the possibility of spontaneous combustion of its lithium-ion batteries. In the last three months, there were a reported 52 hoverboard fires that resulted in over $2 million in property damage, “including the destruction of two homes and an automobile.”

The agency added that it may look into a recall of all products in the future.

This comes after almost every airline banned passengers from bringing hoverboards on board airplanes late last year. Ports in the U.K. began confiscating hoverboards over safety issues, and in January, Amazon (AMZN) offered to refund any purchases of hoverboards from its site.

As a result, Chinese manufacturers of the toy—which are largely responsible for churning out a huge volume of these now-unreliable hoverboards—have been seeing production drop rapidly as companies exit the market, according to Quartz.

Even despite the safety issues, Walmart (WMT) and Toys “R” Us were reportedly planning to add the scooter to their bricks-and-mortar stores as soon as April. The toy also played a prominent role during the recent Slam Dunk Contest during the NBA All-Star Weekend.