Former NSA Director: In Apple vs. FBI, Many Top Gov’t Officials Side With Apple 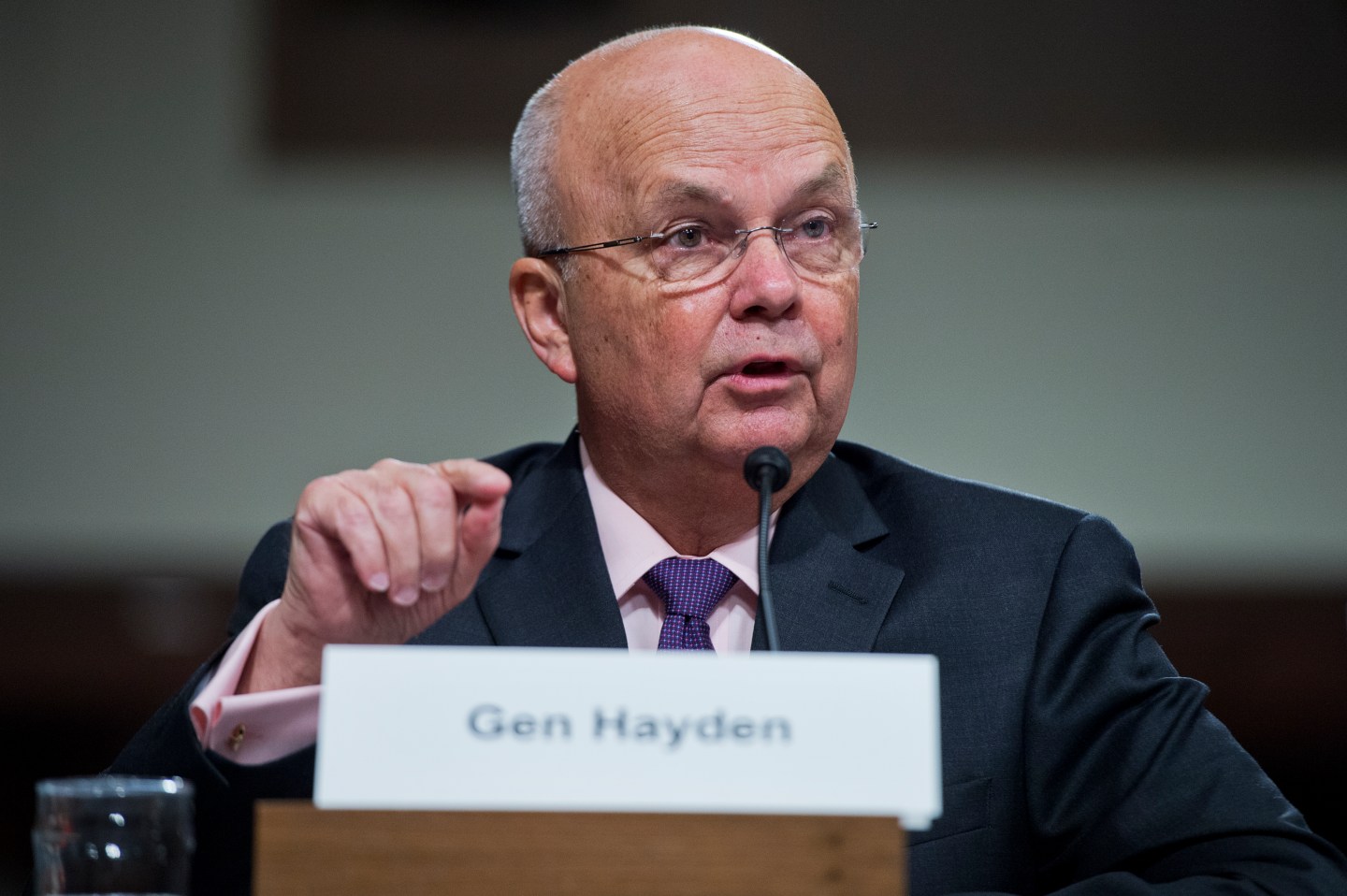 Michael Hayden, former director of the National Security Agency, says several current and retired top government officials side with Apple (AAPL) in its war with the Federal Bureau of Investigation over whether it can, and should, build a new iPhone operating system to allow the agency access to the personal data of a suspect of an investigation.

In an interview published on Wednesday, Hayden outlined both sides of the argument before surprising the audience with his view.

“The issue here is end-to-end, unbreakable encryption—should American firms be allowed to create such a thing?” he told the Wall Street Journal editor John Bussey. “You’ve got [FBI director] Jim Comey on one side saying, I am really going to suffer if I can’t read Tony Soprano’s email. Or, if I’ve got to ask Tony for the PIN number before I get to read Tony’s emails. Jim Comey makes that complaint, and I get it. That is right. There is an unarguable downside to unbreakable encryption.”

“On the other side is the argument, on balance, is America more or less secure with unbreakable, end-to-end encryption, regardless of whether Jim can read Tony’s emails?”

“I think Jim Comey is wrong…Jim’s logic is based on the belief that he remains the main body. That you should accommodate your movements to him, which is the main body. And I’m telling you, with regard to the cyber domain, he’s not. You are.”

“And before I get accused of, “That’s easy enough for you to say, Hayden, you’re seven years out of government and working for the private sector…” he said, fading out with a laugh.

Hayden went on to tell a story from his days in government before returning to the core issue.