Why Donald Trump Is Wrong About How the Economy Works 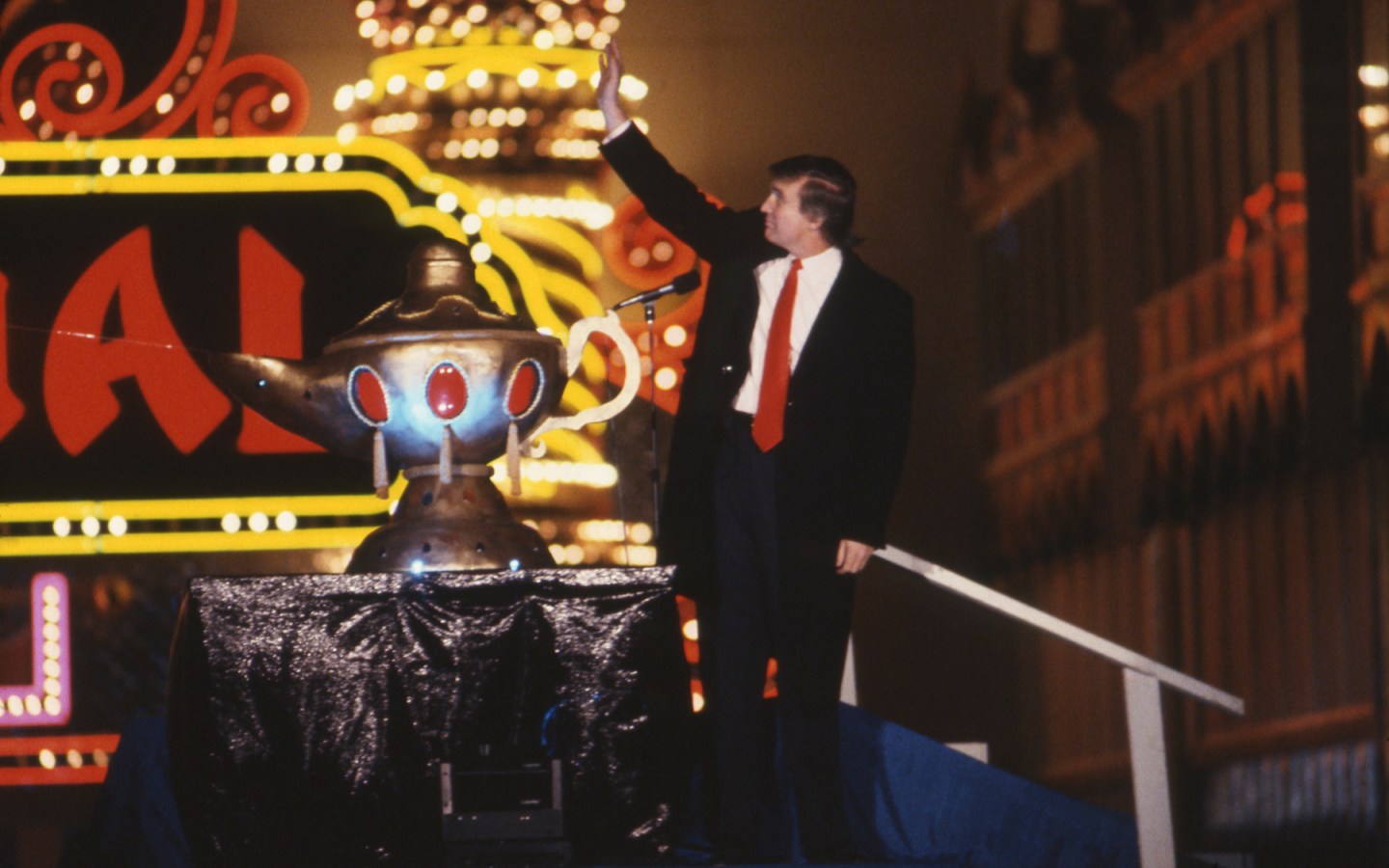 Donald Trump’s adolescent crassness, his slurs against women and immigrant groups, and his blatant disregard for the truth are reasons aplenty to vote against him. But South Carolina voters who find the bully charming should consider this: Trump would be very bad news for the American economy.

Trump has been selling himself as the candidate to bring back “winning.” The first chapter of his campaign biography Crippled America: How to Make America Great Again, is titled, “Winning Again,” and a few paragraphs in he declaims, “This country is in big trouble. We don’t win anymore. We lose to China. We lose to Mexico both in trade and at the border.”

That’s his campaign’s economic theme. America has been “losing” by letting in immigrants and allowing free trade. Trump would reclaim our tradition of “winning.” But Trump has an outmoded view of economics that was never true and is particularly false now.

It is true in a casino, where Donald Trump’s understanding of economics began, and perhaps ended. A casino is a perfect zero-sum economy. If you win, the house loses. Much more often, your loss is the house’s win.

That’s because a casino is not productive (aside from its employment of a few low-wage workers). Its only activity is gambling. Someone’s win is another party’s loss.

Perhaps not coincidentally, Trump’s other occasional successes, in commercial real estate, have a history of relying on government tax abatements and other breaks. That’s another forum for zero-sum, win-lose economics. One mogul dodges a tax; many ordinary citizens have to pay a little more.

But in the mainstream economy where most Americans work, economics is not zero-sum. Each transaction enriches both sides. When you buy an automobile it enriches the dealer, the manufacturer, the bank that provided financing, the suppliers who contributed parts—an entire web of affiliated parties. You, the consumer, also benefit—because you value the automobile.

In the Trump view of the world, one of those parties—say, the car company—“wins” and everyone else loses. In fact, every one of those parties wins, or rather benefits, to a small degree. And their increased prosperity marginally increases their propensity to spend and notches up growth for all.

The new high-tech and health-care economies are redolent with examples of firms whose success, rather than “taking” from others, has sprouted entire subcultures of spinoff companies. One successful enterprise leads to another. (Think of the iPhone and the gaggle of app developers founded in its wake.)

Although not every industry spawns such a virtuous circle, in a free economy every participant gains, to a small degree, from every trade. And that is true even for the foreign “trade” that Trump routinely disparages.

The same holds true for nations: each has different comparative advantages. While this may be hard to visualize on a global scale, it is easy to see on a local level. If a political xenophobe, say in Massachusetts, chose to restrict trade with Connecticut, or to build a wall on the border with Vermont, or to keep local companies from hiring workers from Rhode Island, the Bay State would become, over time, a lot poorer. The same is true for the U.S. in the global economy.

Over the past twenty-five years, and in contrast to Trump’s repeated alarums, U.S. exports have soared from $535 billion to $2.23 trillion. In 1990 exports accounted for less than 9% of the GDP. Now they are 13.5%. Our trade partners have benefitted but so have we—from imports as well as from exports.

Trump says he wants to take jobs “back” from China. But jobs in a world economy stimulate each other. A prosperous China is good for America, no less than a prosperous Vermont benefits Massachusetts. (Notice: our stock market didn’t rise on word of China’s recent troubles—it sank.)

Trump has frequently fulminated about the fact that Mexico is making automobiles. Recently, on CNN, he spliced in a bit of nativism: “If they [the Ford Motor Co] go there … the next thing you know they have the illegals driving right across the border.” Trump loves to imply that the U.S. is besieged with unauthorized Mexicans. Actually, there are 1 million fewer unauthorized Mexicans living in the U.S. than a decade ago. But those that remain here contribute both to the economy and to the tax base—via Social Security.

Trump also told CNN that, while in Los Angeles, he “saw” ships coming in from Japan, “loaded up with cars, thousands of cars. …You know [what] we send them? Beef. And they don’t want it. And we send them wheat; they don’t want it.” The notion that U.S. exports tend to be less valuable, or support only low-paying jobs, is another Trump canard—“a total lie,” as the Donald might say. Our five biggest exports to Japan are aircraft, medical and technical equipment, machinery, electronics, and pharmaceuticals. (As a trade analyst Trump is living in another century. Wheat accounts for one half of one percent of American goods exports.)

Trump’s slogan—“making America great again”—borrows from the Republican demigod, Ronald Reagan. But Reagan projected a fearless optimism and generally tried to open the economy. Trump wants to close the economy. He represents not the economics of hope but the economics of fear. We can only win if our neighbors lose. That’s the sort of narrow, desperate protectionism that, in the 1930s, helped to fuel a world depression.

Trump’s vulgarities and Big Lie deceptions should, alone, disqualify him for the presidency. To cite only one very low example, his claim that he saw “thousands” of American Muslims cheering on the day that the Twin Towers went down is a blood libel, intended to whip up fear against a minority.

Far from bringing America back, Trump, with his disdain for facts and readiness to stir up xenophobia, represents everything that is un-American. But if that’s not enough, there is this: Donald Trump has as much chance of reviving the economy as you do of drawing a jackpot on a slot machine. Not unlike his politics, his economics are based on fear and lies. His way leads to impoverishment not just spiritually, but materially too.