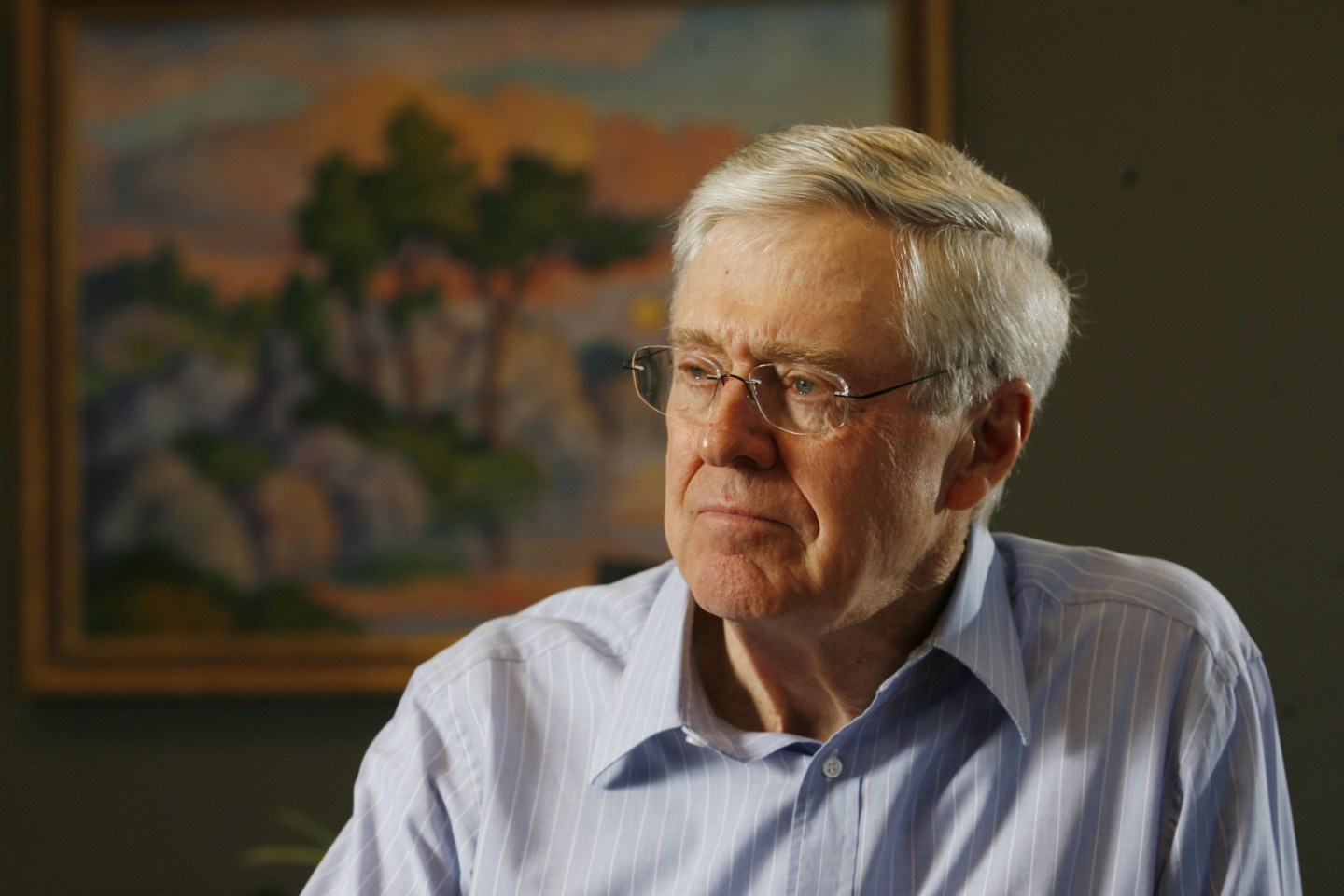 In a Washington Post op-ed published on Thursday, Koch—a famously mum Republican who has only recently begun to talk to the media—wrote that he shared more common ground with the self-declared socialist than people might expect.

The senator is upset with a political and economic system that is often rigged to help the privileged few at the expense of everyone else, particularly the least advantaged. He believes that we have a two-tiered society that increasingly dooms millions of our fellow citizens to lives of poverty and hopelessness. He thinks many corporations seek and benefit from corporate welfare while ordinary citizens are denied opportunities and a level playing field.

I agree with him.

The multibillionaire also wrote that he agrees with Sanders’ stance on reforming the criminal justice system. “Arbitrary restrictions limit the ability of ex-offenders to get housing, student or business loans, credit cards, a meaningful job or even to vote,” he wrote. “Public policy must change if people are to have the chance to succeed after making amends for their transgressions.” He wrote that non-violent offenders shouldn’t be imprisoned. (Criminal justice reform has become something of a bipartisan issue—and one that the Koch brothers have recently begun to champion.)

But Koch assures readers he still isn’t “feeling the Bern,” because he writes that Sanders’ proposed antidote to inequality—more government spending—is its cause. Koch argues that government subsidies and spending “perpetuate a cycle of control, dependency, cronyism and poverty.”

Sanders, for his part, has made Charles and David Koch his prime example underlining the need for campaign finance reform. Though it’s difficult to put a dollar value on their influence, the Koch brothers head up a secretive, extremely influential network of wealthy political donors.