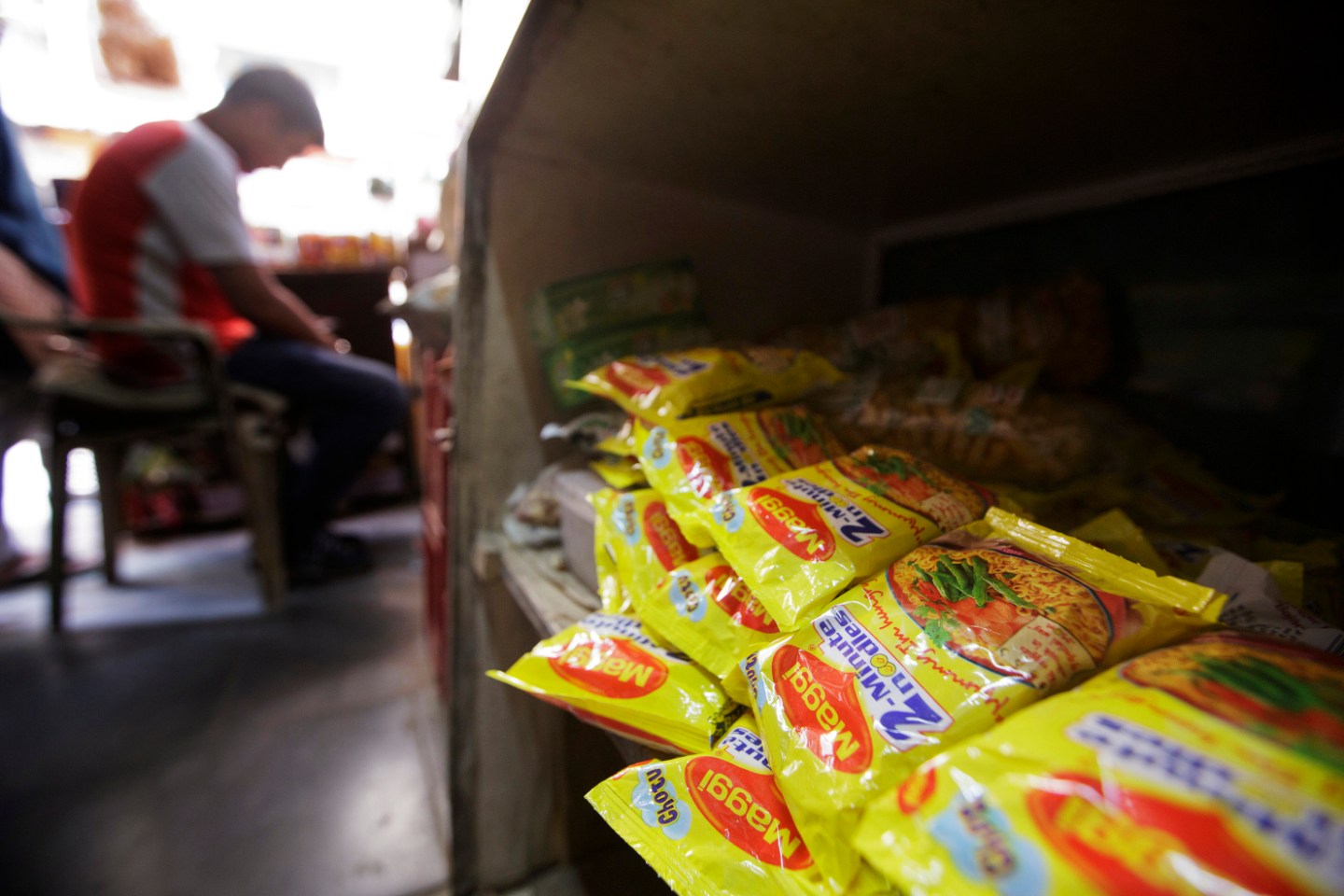 The noodle safety scare in India that saw Nestlé’s Maggi product pulled from shelves has resulted in annual sales for the company that were—well—rather soft.

The Swiss food giant that makes KitKat bars and Nesquik announced its full-year earnings on Thursday, reporting organic sales growth (that discounts currency fluctuations and acquisitions) of 4.2%, which missed the company’s target of 5% to 6% growth per year. It reported total sales of $89 billion for the 2015, down from $92 billion the year prior.

The company blamed its poor performance on the strength of the Swiss franc and struggles in emerging markets. Food companies in general have been plagued by the downturn in the global economy and by low commodity prices that have prevented them from upping their own prices.

It expects those last factors to weigh on it again this year too. saying that “our trading environment in 2016 will be similar to previous years with even softer pricing.” It said organic growth will be in line with 2015, but said margins and earnings per share should improve.

Nestlé saw the strongest organic sales growth—5.5%—in the Americas, but was dragged down by Asia and sub-Saharan Africa, where it measured just 0.5%. That region was hit particularly hard by the scandal in India (ultimately exposed as a false alarm) surrounding Maggi noodles, the country’s most popular fast-food snack.

In June, food regulators in India banned the sale of Maggi noodles after finding that they contained dangerously high levels of lead. Nestlé vigorously denied the authority’s conclusion and said that the tests it ran on the noodles was “highly unreliable.” In August, a court in Bombay overturned the food regulator’s verdict, and the noodles returned to shelves in November. In the interim, though, Nestlé had to destroy 400 million packets of Maggi and stop making the product. The recall cost the company a reported $67 million.

On Thursday, Nestlé said the incident “seriously impacted” the company’s performance in the region.