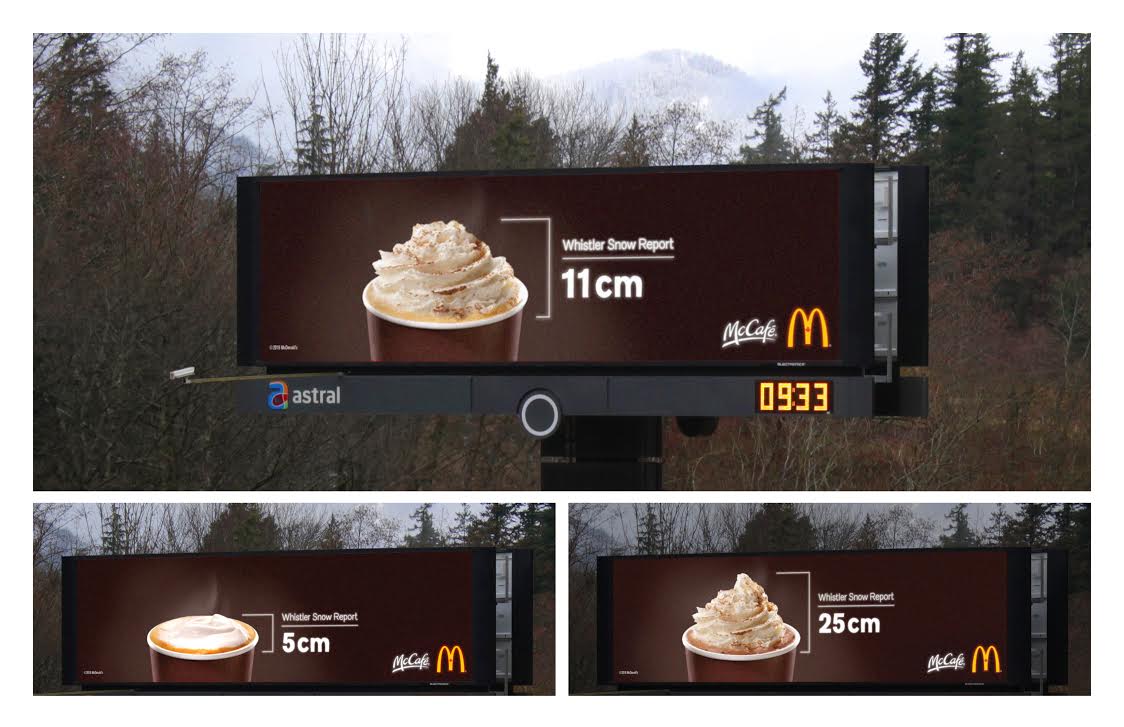 McDonald’s has a sweet weather report for skiers on their way to Whistler.

Cossette, a Vancouver-based marketing agency, designed a billboard for McDonald’s (MCD) that displays the weather forecast for the nearby Whistler resort area. As AdWeek reports, the advertisement is located on Highway 99 in Squamish, British Columbia, just north of Vancouver, strategically situated so that drivers can see it on their way to the ski resort.

The digital advertisement displays a picture of an espresso drink from McDonalds’ McCafe topped with whipped cream and it takes real-time data about the weather to change its appearance based on how much snowfall skiers can expect. It shows the amount of snowfall measured in centimeters, and the whipped cream either grows or shrinks based on how much snow has fallen in the area.

Cossette designed a similar digital billboard for McDonald’s around the same time last year. That one displayed the time and a picture of an Egg McMuffin. The billboard was synced to sunrise times and the sandwich would rise and set along with the sun.