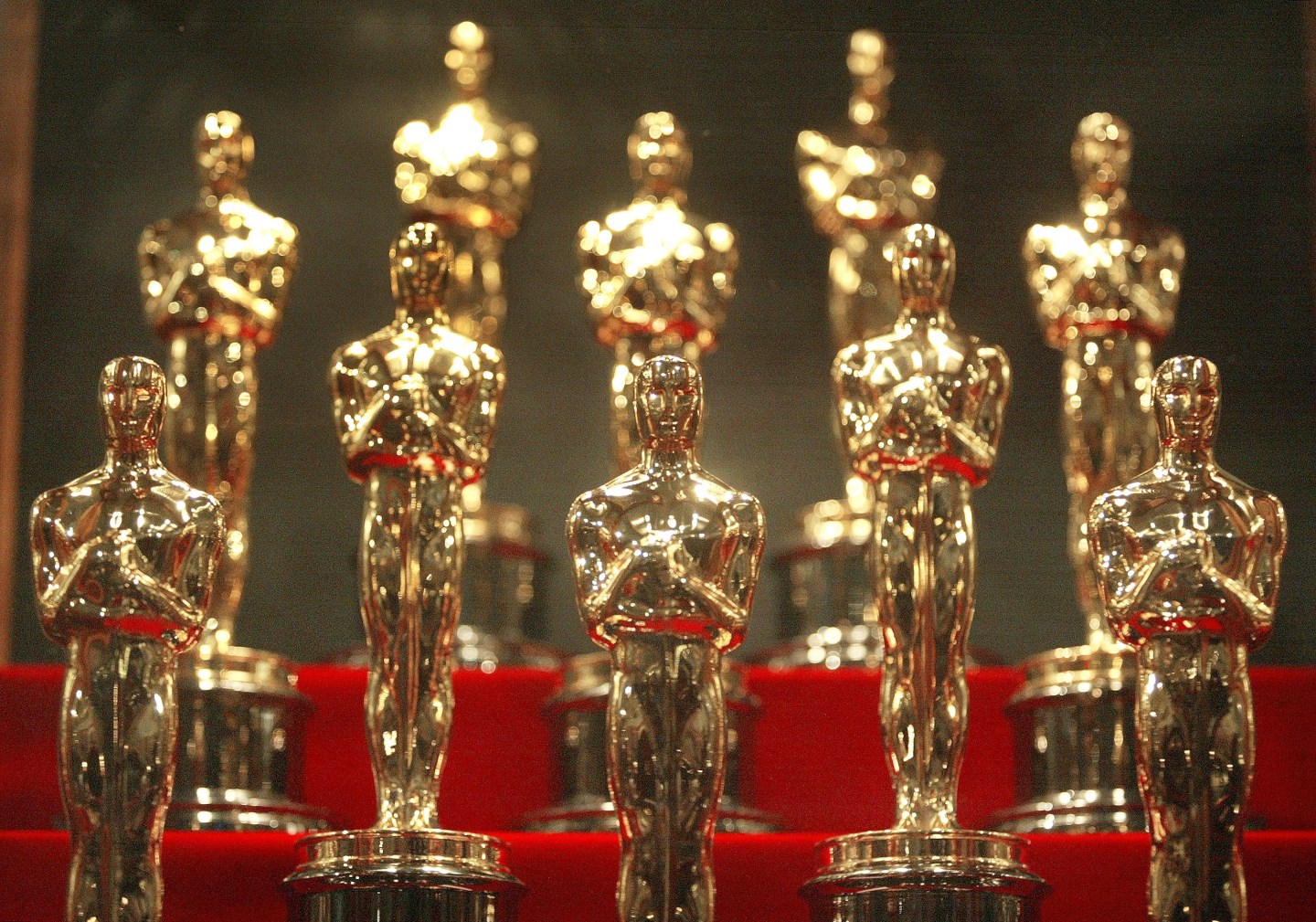 There’s some bad blood at the Oscars, and it’s not on the screen in a nominated blockbuster movie. The Academy of Motion Pictures Arts and Sciences, which presents the annual movie awards, filed a trademark infringement suit on Tuesday against Distinctive Assets, which independently provides gift bags to major nominees and the event’s host.

According to allegations in the complaint, first reported by the Hollywood Reporter, Distinctive Assets tries to establish a connection between its activities and the Oscars and profits from the Academy’s trademarks without permission. In the law suit, the Academy asks for all profits from the venture, triple damages, and injunctions against the company from associating itself with the organization’s trademarks.

Furthermore, the Academy claims that the “less-than-wholesome nature of some of the products contained in the bags” hurt the reputation of the Oscars. This year, the gift bag contents are worth $232,000, based on Fortune’s calculation.

The gift bag contents this year include a $250 vaporizer that can be used for marijuana as well as e-cigarettes, a $250 sex toy for women, a $1,900 “vampire breast lift,” and a $5,530 non-invasive skin treatment by a pair of Manhattan plastic surgeons, all of which were mentioned in the complaint. The suit also mentions “the unseemliness of giving such high value gifts, including trips costing tens of thousands of dollars, to an elite group of celebrities.”

In an email, Lash Fary, founder of Distinctive Assets, told Fortune that as of 8:19 AM Pacific time he had not yet heard of the lawsuit and would have to consult with his lawyers before issuing a statement. Fary did state that he “received a letter from the Academy last year asking that I make it even clearer that the nominee gift bags I create are not affiliated with them and I happily obliged.”

The press release about the Oscars-themed gift bags that Distinctive Assets sent Fortune on February 2 stated that the “nominee gift bag” had been “independently produced for over a decade.” In an interview on February 4, Fary told Fortune that unlike some of the organizations other gift bag efforts, like for the Grammys, which mentions the official gift bag and gift lounge, the one for Oscar nominees was independent and not officially associated with the Academy or the event.

Update: Fortune updated this story with its own calculation of the value of the Oscar swag bag this year. It is $232,000.