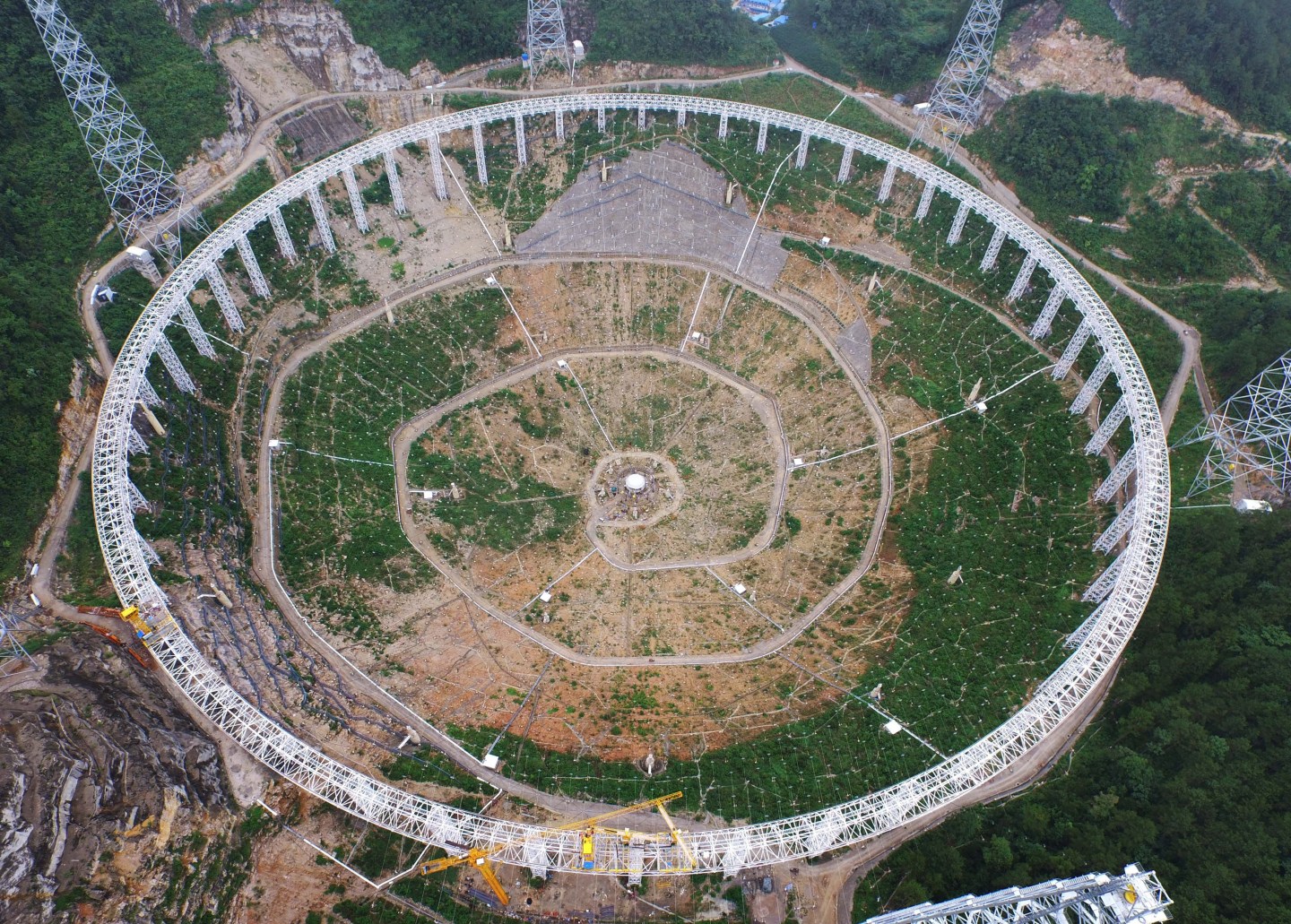 China is building what will be the largest radio telescope in the world in a hunt for signs of alien life.

Measuring some 500-meters, the Aperture Spherical Telescope, known as FAST, will well surpass a similar model in the United States, according to the Chinese state news agency Xinhua. Puerto Rico’s Arecibo Observatory is only 300 meters in diameter.

The country’s military-led space program began construction of FAST in March 2011 with an investment equal to $200 million, and it should be done later this year.

Once completed, the massive engineering project will be able to detect radio signals—and maybe signs of life—from as far as tens of billions of light years away, according to Xinhua reports.

A telescope that big certainly takes up a lot of space, so China announced Tuesday that it’s relocating 9,000 residents in the southwest province of Guizhou to make way.

Xinhua reported on the planned displacement, noting that the residents will be uprooted for the “protection” of the telescope. The residents who evacuate will receive a subsidy equal to $1,838.

China has quite a recent history of displacing its own people. It famously uprooted hundreds of thousands of residents in Beijing in preparation for the 2008 Olympic Games. It’s also forced the evacuation of its citizens to make room for giant infrastructure projects like the Three Gorges dam in the Hubei province and to—seemingly—rescue people from areas of entrenched poverty.