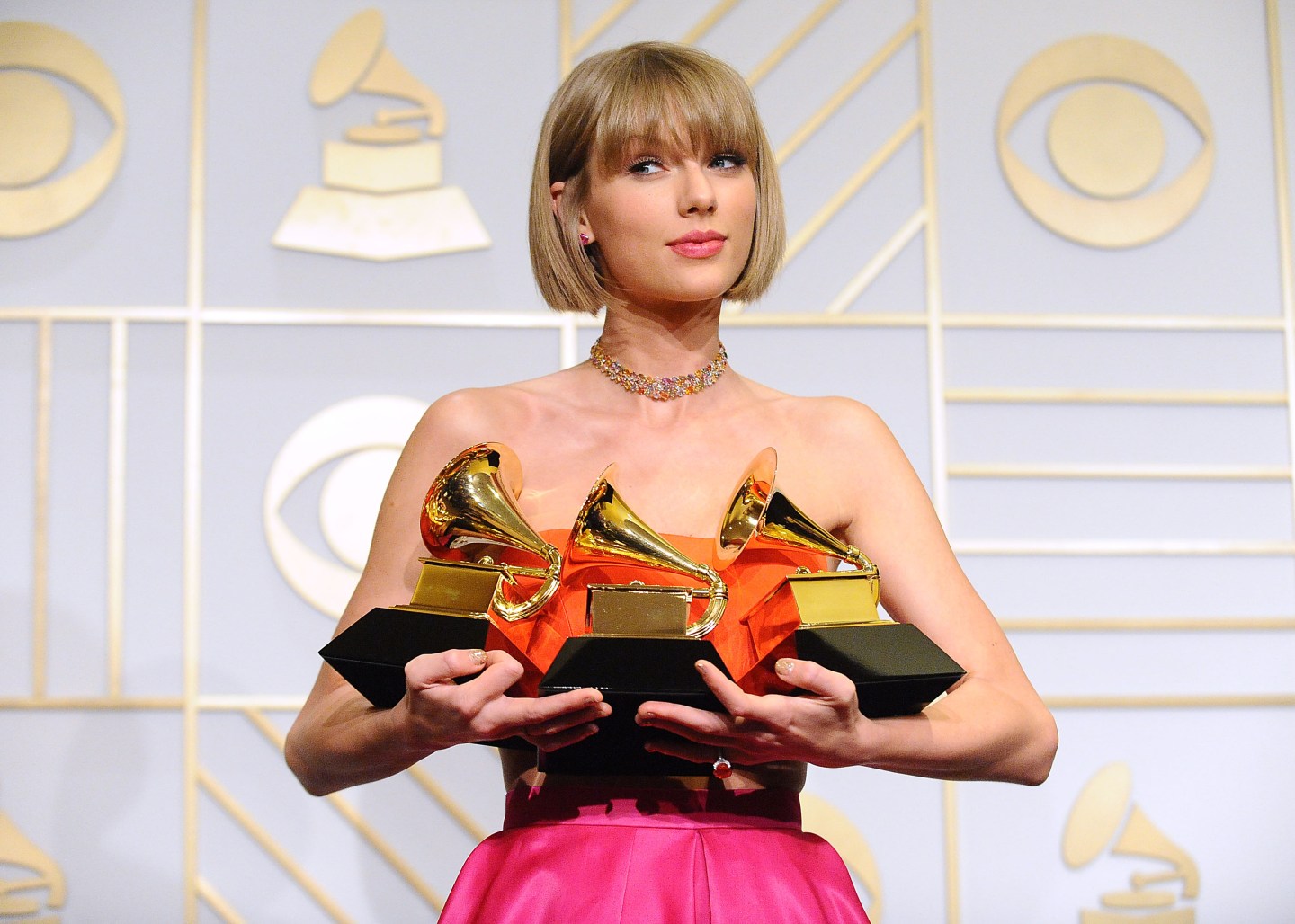 UPDATE: This article has been updated to include time-adjusted ratings viewership for the 58th Annual Grammy Awards.

Some people may have missed out on parts of last night’s Grammy Awards due to technical difficulties with CBS’ live stream, but the network has no such excuse for yet another drop-off in television viewership.

About 24.95 million people tuned in to watch Taylor Swift win Album of the Year (while throwing some Kanye West shade) on Monday night’s telecast of the 58th Annual Grammy Awards on CBS (CBS), which marks a 1.4% drop from last year’s total of 25.3 million, according to Nielsen’s time-adjusted ratings. And, that number presumably includes online viewers, since CBS said last week that Nielsen would track viewership for the Grammys live stream and incorporate that information into its television ratings. The year-over-year ratings dip also means that last night’s show pulled in the lowest TV ratings for a Grammys telecast since 2009, when just over 19 million people watched the event.

More Nielsen numbers show that last night’s Grammys also experienced a decline in terms of younger viewers, as last night’s show posted only a 7.7 rating among people between the ages of 18- and 49-years-old after the 2015 program pulled in a rating of 8.5 last year. (To explain, that rating means that 7.7% of all 18-49 viewers in the U.S. watched the Grammys last night.)

One interesting ratings factor to note is that this year’s Grammy Awards were held on a Monday night on account of the long, President’s Day weekend as well as the fact that Valentine’s Day fell on a Sunday this year. While most network awards shows air on Sunday nights, CBS seems to have decided that the extended holiday weekend justified pushing the event back by one night. At least one positive effect of the move, according to Deadline, is that CBS saw a 184% ratings jump from the same Monday night a year ago, in terms of metered market numbers.

The good news for CBS is that the network easily beat out its competition in last night’s Monday prime time lineup. In terms of other programming starting at 8 p.m. EST, ABC’s (DIS) The Bachelor pulled in nearly 7.2 million viewers over its two-hour airtime, while Fox’s (FOX) The X-Files got about 7.1 million to finish second and third, respectively, in the night’s ratings race.

The Grammys aren’t the only award show experiencing falling ratings in recent years, as the ratings for last year’s Academy Awards dropped 16% but the show still drew 36.6 million viewers. What’s more, despite the live stream’s issues and another year of declining TV ratings, The Hollywood Reporter points out that the Grammys typically remains the second-highest rated award show event of each year, after the Oscars. And, the Grammys have already beat out last month’s Golden Globes on NBC (18.5 million viewers) to be the most-watched award show so far this year.