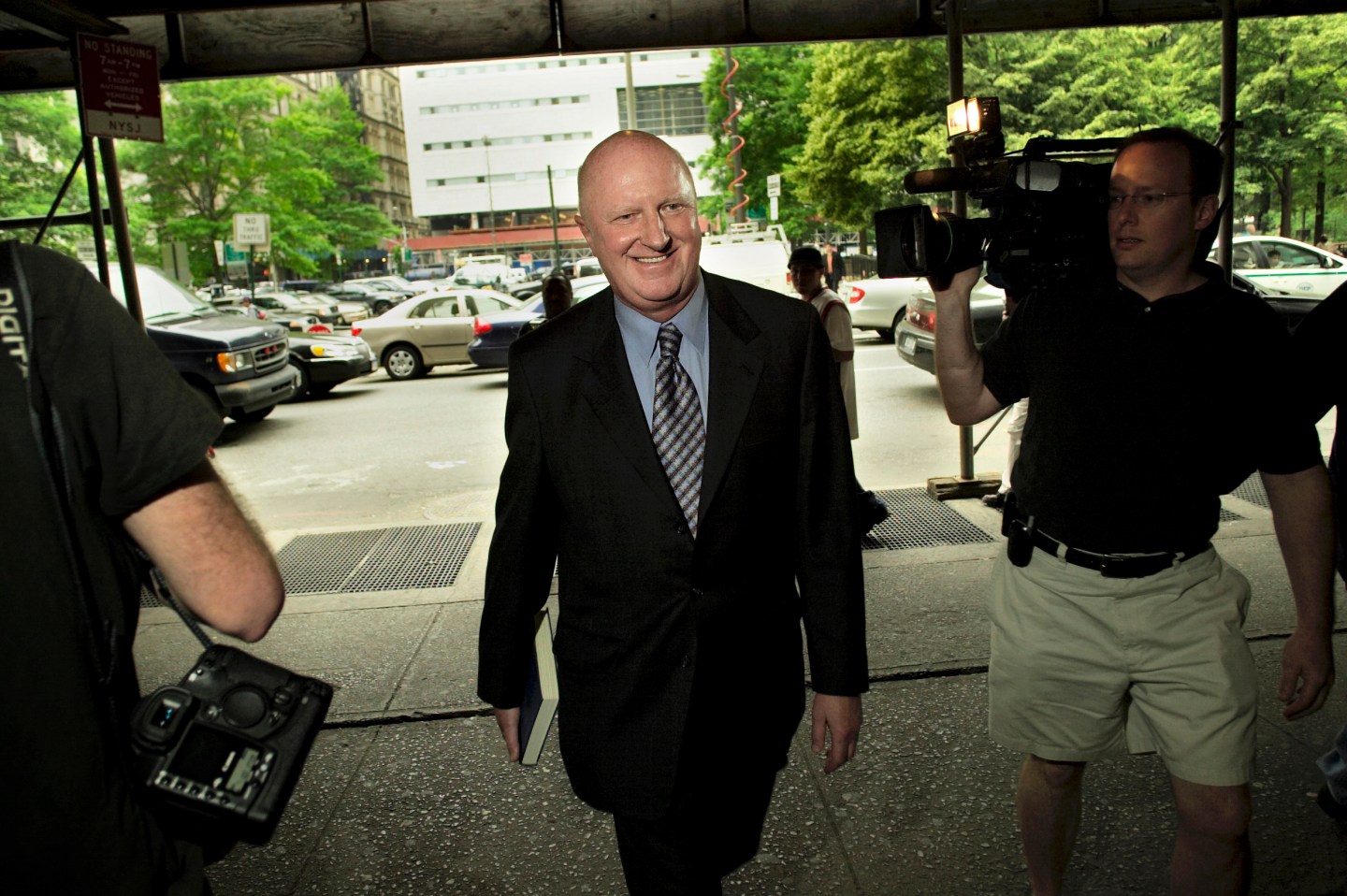 L. Dennis Kozlowski once was best known for the $6,000 shower curtain he bought as part of a multimillion-dollar spending spree with corporate cash that landed him in prison for close to seven years. Since his release from prison in 2012, the former CEO of Tyco International has been quietly working to rewrite his legacy.

Last week, Kozlowski, 69, was officially named chairman of the Fortune Society, a nonprofit social service and advocacy organization that helps ex-felons like Kozlowski re-enter society as productive members and works to promote alternatives to prison. Kozlowski has been active with the group since he began a work-release program in 2012.

“We don’t do much for people coming out of incarceration,” Kozlowski told Fortune. “While I was [in prison], I taught GED courses and I knew that was a step in the right direction, but people coming out after spending many years away need so much more than that. They need help to prepare for the job force, to figure out where to live, how to get food, how to survive on the outside. Especially those without friends and family or any kind of support system.”

The Fortune Society helps to provide a safety net for ex-felons, often working with them even before release, providing work training, affordable housing options, outpatient substance abuse treatment, a mental health clinic, and even paid internships. Kozlowski’s position is unpaid.

“We are looking at a period of mass incarceration when many, many people are coming out of the criminal justice system,” says Fortune Society CEO JoAnne Page. “In this country, we have 5% of the global population but 25% of the prison population. And when people come home, they can either come home as a deficit to their community or a resource. What our job is at Fortune is to bring people home as people who contribute to their families and their community. Dennis is putting his skill set and life experience to work to help make that happen.”

In 2005 Kozlowski was convicted of grand larceny, conspiracy and securities fraud for siphoning nearly $100 million from the U.S. security-solutions company he headed and was sentenced to 8 1/3 to 25 years in prison. He became inmate No. 05A4820 in the Mid-State Correctional Facility in the small town of Marcy in upstate New York. Among the prison population with Kozlowski was Alan Hevesi, the former New York State Comptroller convicted of taking bribes, and Ja Rule, a rapper found guilty of gun and drug possession who reportedly became friends with Kozlowski behind bars.

Kozlowski was considered one of the most notorious examples of corporate greed and accounting fraud in an era that locked up many CEOs, including WorldCom founder and chief executive Bernard Ebbers, Enron CEO Jeffrey Skilling and Adelphi Communications’ father-and-son executive team of John and Timothy Rigas. After living a lavish life on the corporate dole with a $16 million Fifth Avenue apartment, $3 million in renovations and $11 million in furnishings and that $6,000 gold-and-burgundy shower curtain, all reportedly paid for by Tyco, Kozlowski was splashed across The New York Post, with the headline “OINK, OINK.”

These days, he and his wife, Kimberly, live in a two-bedroom rental in Manhattan. And the man who was once the highest paid executive in the U.S. doesn’t like to discuss the old days and decisions he made that led to years behind bars. When he was up for parole, he struck a penitent note, telling the New York State parole panel, “It was greed, pure and simple.” In a subsequent interview with the New York Times, he also suggested that he was treated harshly while the bankers who caused the 2007-2009 market meltdown never saw a day in prison.

Now, in response to question about the past, he told Fortune, “I just want to focus on the Fortune Society and next steps and moving forward.”

Kozlowski divides his time between the Fortune Society, which is volunteer work, and a year-old M&A advisory practice and consultancy he set up with former colleagues, called Harbourside Associates, to help companies evaluate takeover candidates or prepare for takeover and to provide business expertise for start-ups. While Tyco’s chief executive, Kozlowski was responsible for exponential growth through M&A, acquiring more than 1,000 companies in a decade.

At Fortune, he works with a 31-member board and spends time counseling, but also providing business strategies to help the nonprofit meet its goals. As required by the nonprofit’s by-laws, more than half of the Fortune Society’s staff and at least a third of its board share with Kozlowski the experience of having been incarcerated, providing role models to those they serve.

“Coming out I felt at sea like other people getting out,” he explains. “I had friends and family, but I still had to go through a lot of the same adjustments to life outside of prison after so many years away. I had never even seen an iPhone before when I got out.”

Page says transitioning from prison is difficult for many. “People emerge from prison with what we call the prison face, looking tough and looking angry because that’s how they survived,” Page says. “At Fortune Society, we understand that there’s a lot of fear under all that anger and we’re not turned off by that. What Dennis brings to the organization is his own understanding of what people coming out are going through as well as a profound depth of business experience that can really help Fortune navigate through the current pretty challenging environment for nonprofits.”

Pat Wechsler is a New York-based freelance writer and editor.