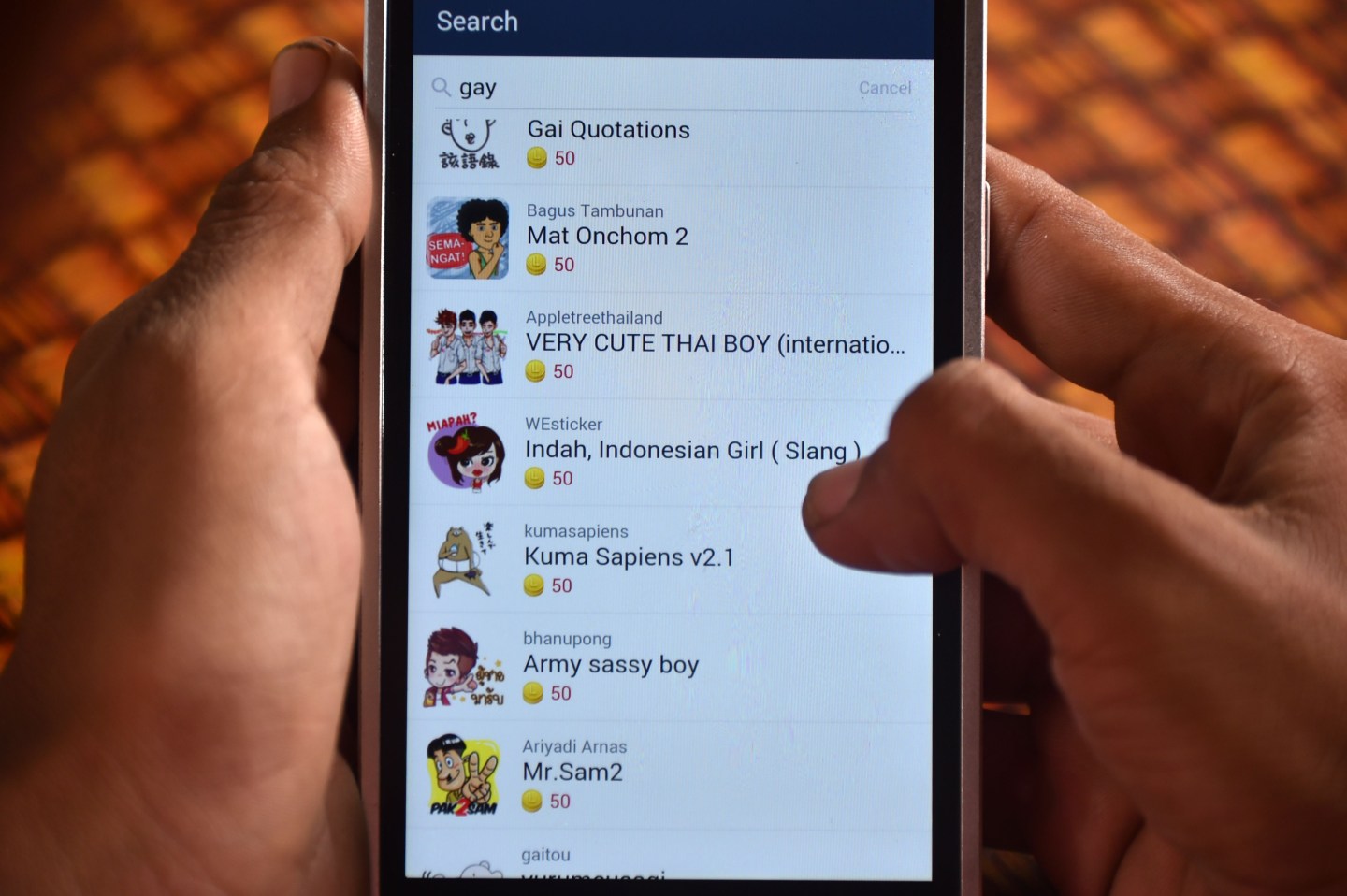 Indonesian authorities on Thursday said they would ask Facebook (FB) and its popular messaging service WhatsApp, to block subscribers from using emojis and stickers with LGBT themes.

Ismail Cawidu, spokesperson at the Ministry of Communication and Informatics, said social media should respect what he termed Indonesia’s norms and culture, according to local news outlet Detik. Although homosexuality is legal in the world’s largest Muslim-majority country, same-sex relationships remain a sensitive issue.

Companies who disregard the request may have to face the ministry’s Negative Content Management Panel, a division that has been known to recommend blocks on websites, Detik reported Ismail as saying.

The government’s request comes days after another messaging platform, Line, said it removed LGBT-related stickers from its store on Tuesday following criticism from users. Ismail welcomed this decision, saying the company “understands the norms, culture and religions in Indonesia.”

Human Rights Watch expressed concern on Thursday at what it called a “recent spate of hateful rhetoric by public officials against lesbian, gay, bisexual, and transgender” people in Indonesia. The advocacy group asked President Joko Widodo in a letter to “defend the fundamental rights of all Indonesians.”

Not all government figures stand behind the recent discrimination. Members of the LGBT community “are still Indonesian citizens and have rights to be protected,” Chief Security Minister Luhut Panjaitan said during a meeting with media on Friday.

— With reporting by Yenni Kwok