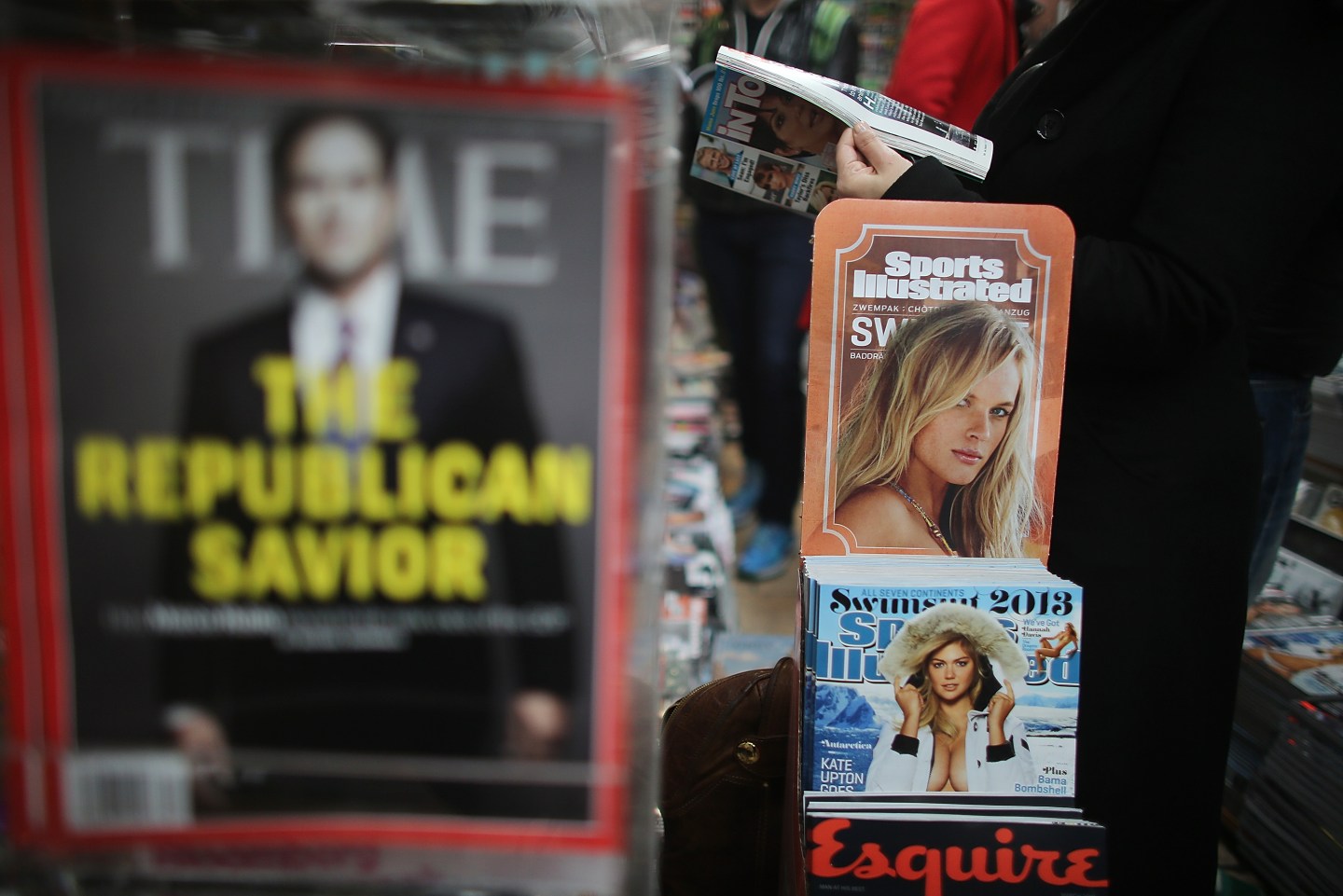 Among the conventional model-types we’re used to seeing in Sports Illustrated’s annual Swimsuit issue will be one woman who stands out—56-year-old plus-size model, Nicola Griffin.

Though she won’t appear in the official editorial pages of the magazine, she’ll take up one page of a three-page ad buy by Swimsuits for All, a company that describes itself as “the leader in swimwear for curvy women,” particularly between sizes 10 and 34. Adweek reported that the other two pages will be filled by Ashley Graham and Philomena Kwao, also plus-size models, but in the latter end of their twenties.

Swimsuits for All CEO Moshe Lanaido sees the company as a “trailblazer.” Sports Illustrated’s Swimsuit issue has historically put women including Kate Upton and Brooklyn Decker on its cover—known for their conventional body types within the modeling industry. However, Lanaido added that society is shifting towards a different ideal of what’s beautiful and sexy, and his company is leading that transformation.

“I feel quite unique in the modeling world,” Griffin has written on her website. “Mature models have come a long way in the industry, and we now have a place to represent women of all ages.”

Fellow plus-size model Graham was featured in a Swimsuits for All advertisement in last year’s swimsuit issue of Sports Illustrated, a sister publication to Fortune, as well, and her appearance made waves. It was widely discussed, and Lanaido felt that the company had “hit a nerve,” so he wanted it to become an “annual point of view.”

The company is pushing conventions a bit further this year by enlisting Griffin, gray hair and all.