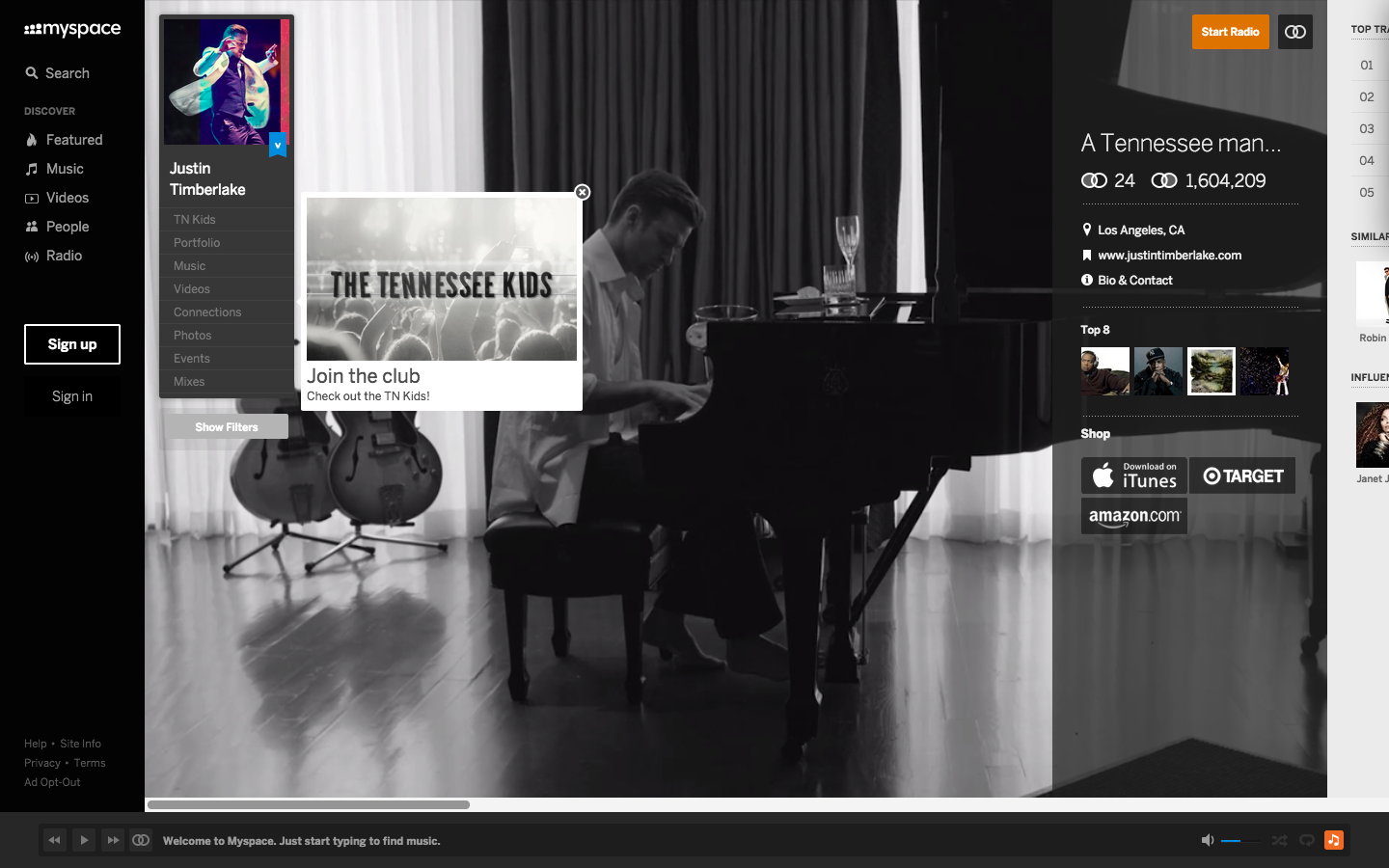 Justin Timberlake's page on Myspace in 2016
Courtesy of Myspace

Time Incorporated, the parent company of Time, Fortune, and Sports Illustrated, among others, announced on Thursday that it will acquire the assets of Viant Technology, a New York data-driven marketing firm.

Viant is the name of the former Interactive Media Holdings and is the parent company of Specific Media, Vindico, Xumo, and Myspace. It was founded in 1999.

Myspace, of course, was the largest social networking site in the world in the mid-2000s. In 2005, it was acquired by News Corporation (NWS) for $580 million. In 2011, it was acquired for $35 million by Specific Media Group and recording artist Justin Timberlake.

“This acquisition is game changing for us,” Time Inc. CEO Joe Ripp said in a statement. “Marketers are selecting media partners that have either data-driven capabilities or premium content; we will be able to deliver both in a single platform.”