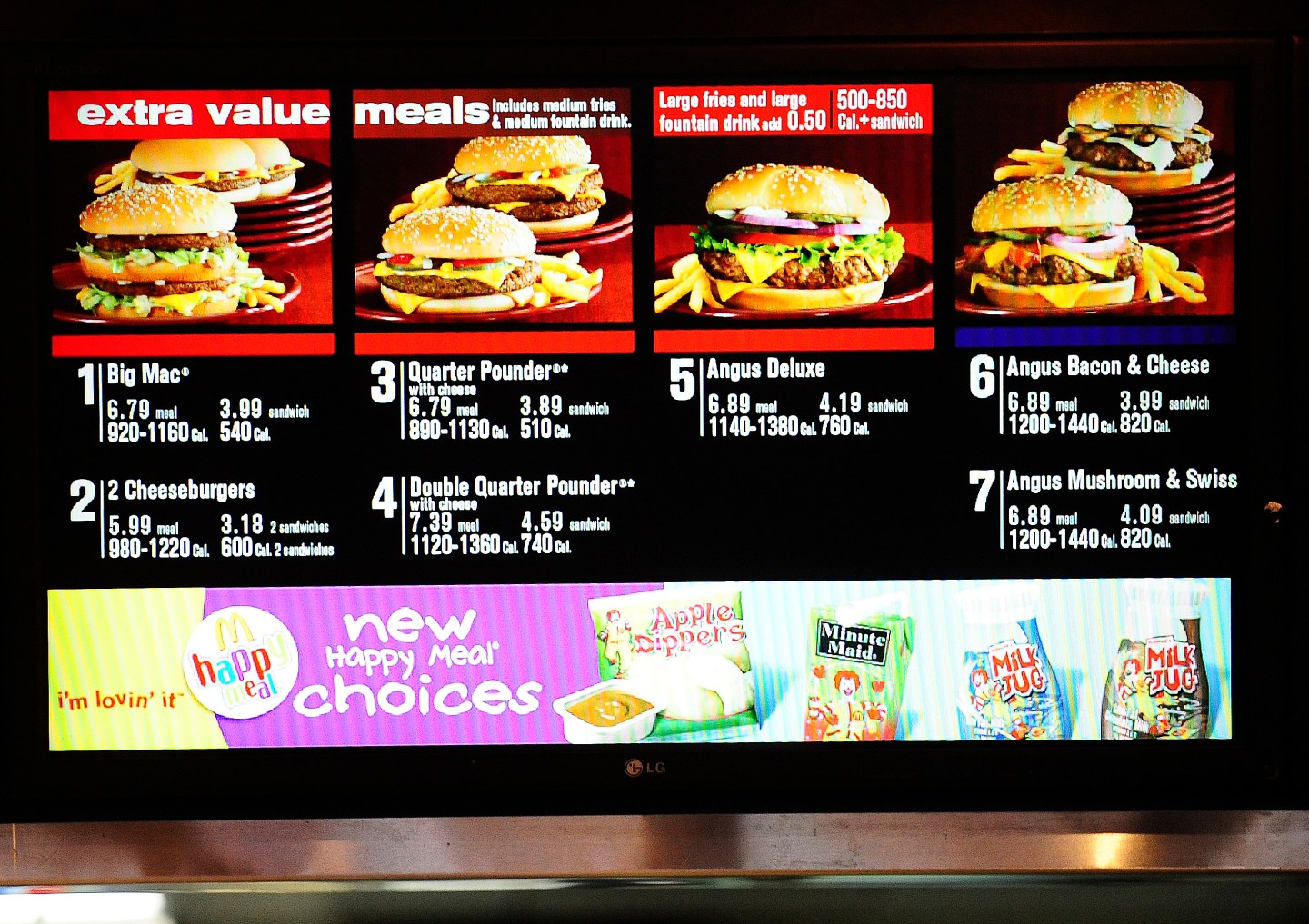 A menu displays US fast food chain McDonald's beef burger menu, in New York, January 28, 2011. Beef prices have been increasing 6.1 percent for the consummer market linked to an increase in price in agriculture raw material. Large beef provider such as US fast food chain McDonald are expected to raise their price due to the increase. AFP PHOTO/Emmanuel Dunand (Photo credit should read EMMANUEL DUNAND/AFP/Getty Images)
Photograph by Emmanuel Dunand—AFP via Getty Images

For whatever reason, one man decided to hit every single McDonald’s (MCD) location in London in under 24 hours and chronicle the adventure on YouTube.

In explaining his mission, which he dubbed a “McMarathon” and was appropriately posted to the site on Fat Tuesday, James Ware said he would try something different at each one of the 46 restaurants and “see whether by the end I’ll be lovin’ it or loathin’ it.”

He began the journey at 8:00 a.m. and ate seven different breakfast items before they stopped being offered at 10:30—apparently all-day breakfast hasn’t made its way across the pond just yet—at which point he moved on to cheeseburgers, chicken sandwiches, and milkshakes.

With 12 McDonald’s meals under his belt, and 34 more to go, he said he was only just starting to feel full. Throughout the rest of his McMarathon he notes that his face gets flushed and his hands start shaking, to which he says, “I’m just glad I’m me rather than my vital organs right now.” Although eating 46 of meals of anything, even kale smoothies, quinoa and tempeh, would likely leave you feeling ill.

Despite some concern that he might not be able to make it to each location before they closed, Ware persevered in his artery clogging quest spending just under $130 on food, and about $30 more on transportation. Still smiling as he downed the last meal, he described the educational nature of his McDonald’s marathon: “I’ve learned about parts of London I didn’t know, foods I didn’t know, and parts of my body I didn’t know could feel pain.”