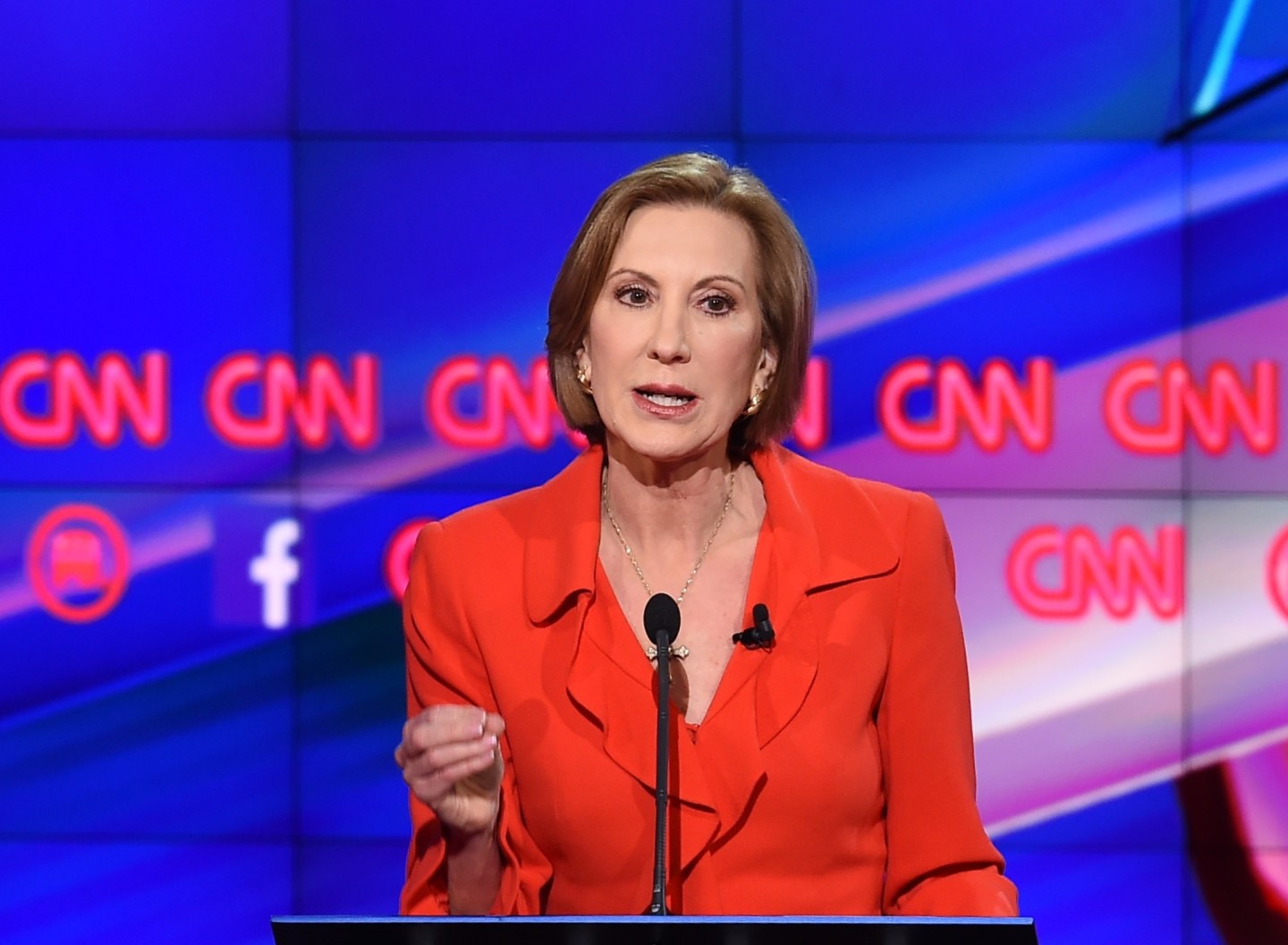 Carly Fiorina’s ready to talk—at your corporate event, that is.

Roughly three hours after declaring on Wednesday that she was out of the presidential race, speakers agency Worldwide Speakers Group sent out an email advertising the former candidate’s availability, touting her as “a groundbreaking iconic leader” and the first female CEO of a Fortune 20 company.

The email did not specify how much it costs to book the former Hewlett-Packard CEO, though according to WPG’s website, fees for its speakers go as high as “$60,000+.” The group also represents a variety of other ex-politicians and business people, including former U.S. Secretary of Labor Elaine Chao, former Speaker of the House Newt Gingrich, and former FDIC chair Sheila Bair.

Interestingly, Fiorina’s bio on the site does not include any mention of her 2016 presidential bid—though there are plenty of clips from her GOP debate performances. Worldwide Speakers Group lists such potential speech topics as “Not Politics as Usual: Bold Perspectives and Astute Insight on Today’s Political and Economic Issues” and “From Secretary to CEO: Lessons from a Lifetime of Effective Leadership.”

The issue of paid speaking engagements came up last October, when an email from a different speaker’s agency, Leading Authorities, offered Fiorina up with “limited availability”—despite the fact that she was still in the midst of her presidential campaign. A Fiorina spokesperson denied that the candidate was taking bookings, saying that no one from the campaign had authorized the email.

At the time, Fortune reported that Fiorina earned $786,000 in speaking fees from early 2014 through June 2015, and was still scheduled to give a pair of speeches for $48,000 each (she pledged to donate the earnings from those events to charity).

Fortune reached out to Worldwide Speakers Group and Carly Fiorina’s campaign for comment and will update this story if we receive a response.