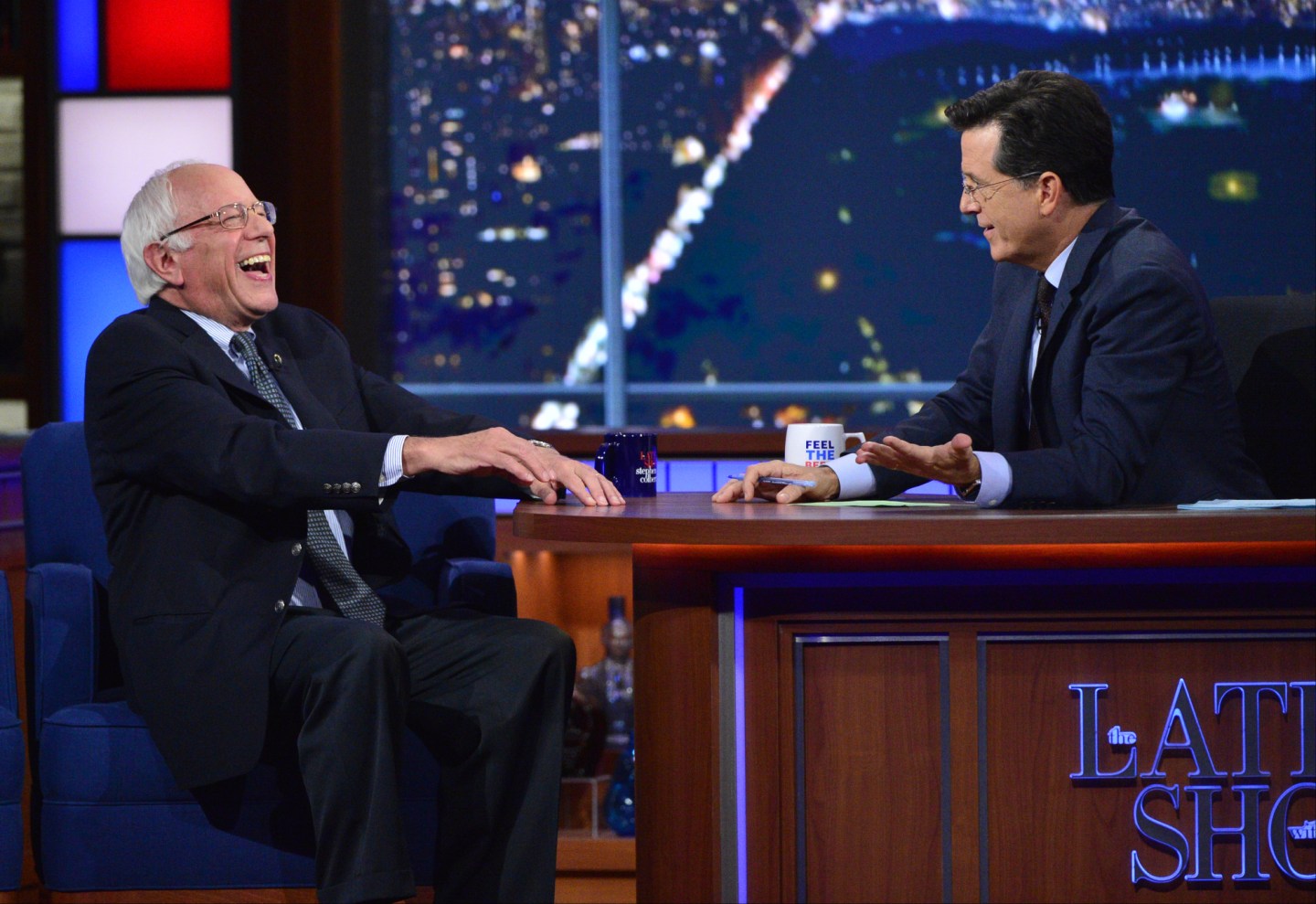 Bernie Sanders may have handily won the New Hampshire Primary, but Stephen Colbert did not go easy on the Vermont senator in the aftermath of his win Wednesday night.

The Democratic presidential candidate stopped by the Late Show with Colbert as part of his New Hampshire victory lap, which has also included appearing on The View and shooting hoops with some younger family members. Sanders explained his appeal with the youths, and also why he was not like Donald Trump.

Colbert began by asking Sanders why he thought he won 86% of the support from voters aged 18-24 in the primary.

“By definition, young people are idealistic, and they look at a world with so many problems and they say, why not? Why can’t all people in this country have healthcare? Why can’t we make public colleges and universities tuition-free?” Sanders responded, before mentioning that most of the money that could finance these goals was going to the top 1%. “[Young voters are] not dumb, and they’re saying hey, we want a fair shake as well.”

Colbert pushed the Senator, and said that sounded like “class warfare.”

The host continued, “If you’re saying most of it’s going to the top 1% and they want fairness, how do you achieve that fairness?” Watch more from the interview in the clip above.