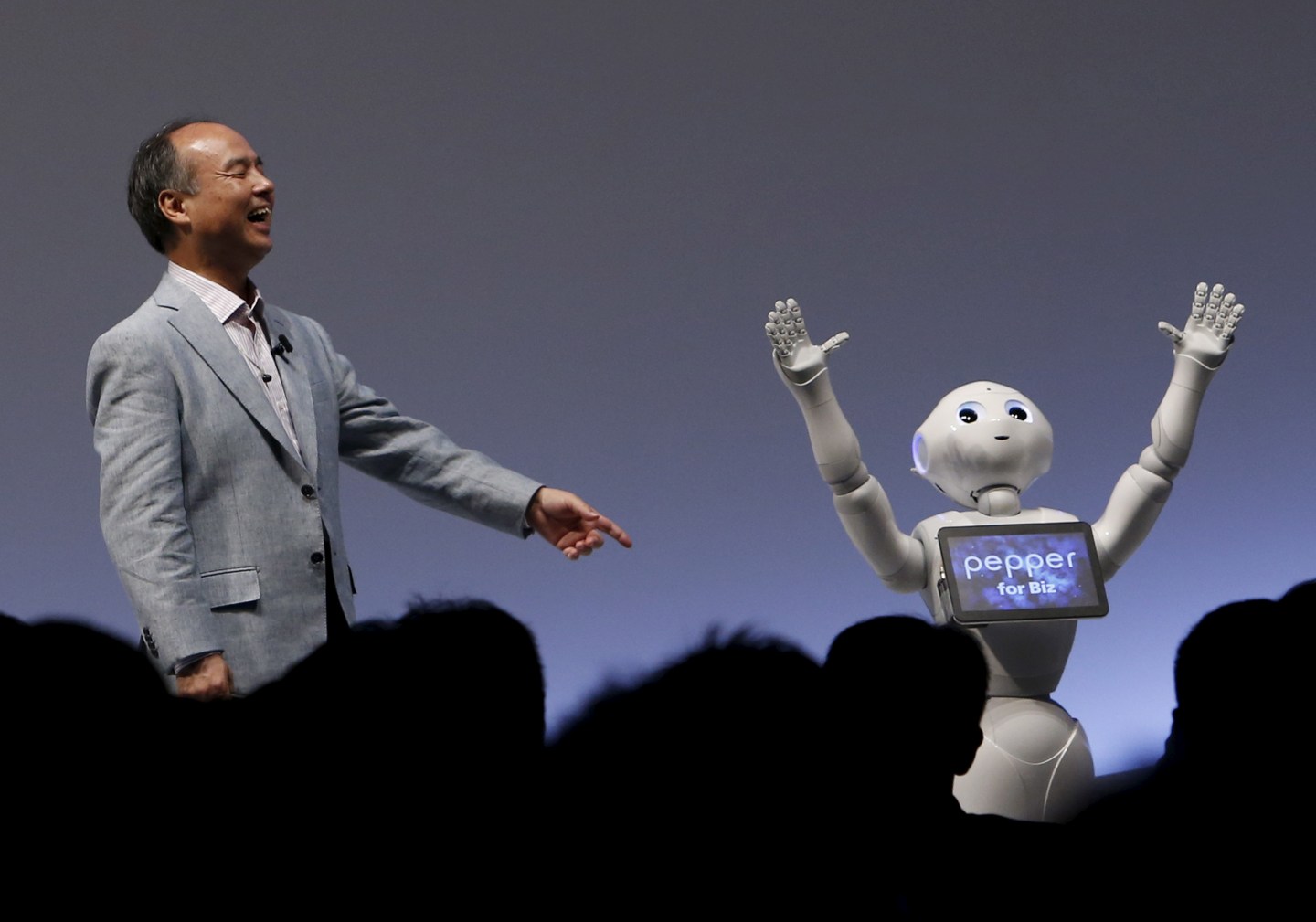 That beat the average 170.9 billion yen forecast of three analysts, according to Thomson Reuters data.

Sprint, the No. 4 U.S. wireless carrier, said last month it posted a smaller-than-expected quarterly loss and raised its earnings outlook thanks to a pickup in subscribers and cost cuts.

SoftBank shares have lost about 35% over the past year, dragged down by worries about the fate of the loss-making U.S. carrier.

But Son shrugged off concerns about the slumping stock price. “The market often lags behind in reacting to actual improvements in earnings,” he said.

Asked about Yahoo Japan, an Internet joint venture between SoftBank and Yahoo (YHOO), Son said that a possible exit of the partnership by the U.S. company would have no major impact on the Japanese unit.

Yahoo Japan, owned 36% by SoftBank and 35% by Yahoo, “shares the brand, but operates independently”, Son said.

Yahoo Chief Executive Marissa Mayer told Reuters in an interview that the company intends to group its stake in Yahoo Japan with the main business, but would be open to splitting it off depending on market feedback.