Presidential Campaign Moves to South Carolina With Establishment in Chaos 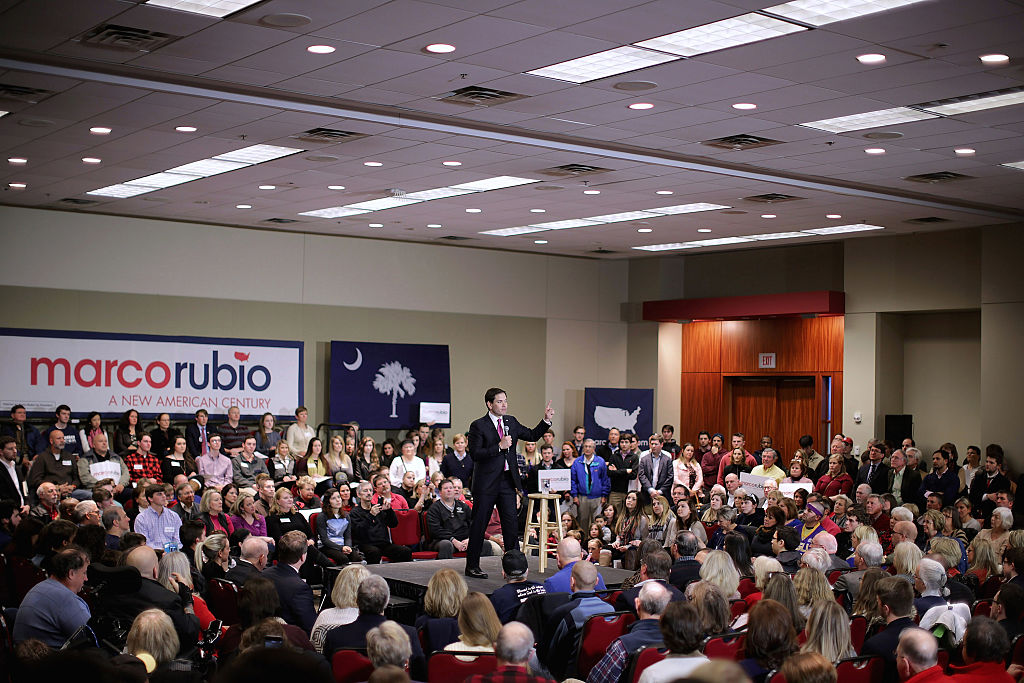 Republicans started to fight on new ground as the race shifted from the the relatively moderate, secular voters of New Hampshire to the more conservative, religious electorate of South Carolina. New Hampshire’s results, in which Donald Trump won big, John Kasich came in second and a cluster of establishment rivals to Kasich followed him, did little to bring clarity to the fractured field. But Marco Rubio and Jeb Bush—the establishment-friendly rivals to Kasich best positioned to succeed in South Carolina—got an early boost following disappointing New Hampshire finishes with the departures of two candidates from the race. Former Hewlett-Packard CEO announced she was ending her campaign, and New Jersey Gov. Chris Christie planned to exit the race later Wednesday, people close to him confirmed.

Kasich, whose moderate profile will prove a tougher sell in the south, said he still expects to do well in South Carolina, where his campaign will dedicate its energy in the next few days.

“A good performance in New Hampshire will give me the name identification, the resources we need, and it’s upward and onward,” he said Wednesday on CNN.

“And we can chew gum and walk at the same time,” Kasich said, adding that he plans to spend a lot of time in Michigan, too—whose March primary awards in delegates on a winner-take-all basis and could prove fertile ground for the Ohio governor.

Ted Cruz, the winner of the Iowa caucuses who continues to argue he’s the only Republican candidate who can defeat Trump, opened fire on the businessman in a new ad that accused him of pretending to be a Republican.

Meanwhile, Democratic candidates Bernie Sanders and Hillary Clinton fought over black and Latino voters—critical blocs as the race moves from the mostly white electorates of Iowa and New Hampshire to more diverse settings. Clinton has long held an advantage with these voters. But Sanders began an effort to chip away at that edge Wednesday, meeting with the Rev. Al Sharpton in New York City and picking up the support of Atlanticwriter Ta-Nehisi Coates, a prominent voice on racial and social justice issues.

In televised remarks with Sharpton, Sanders said he has the agenda to rally the population of Latino voters in Nevada and black voters in South Carolina.

“Once the word gets out, who I am, what I stand for, we’re going to do just fine,” Sanders said.