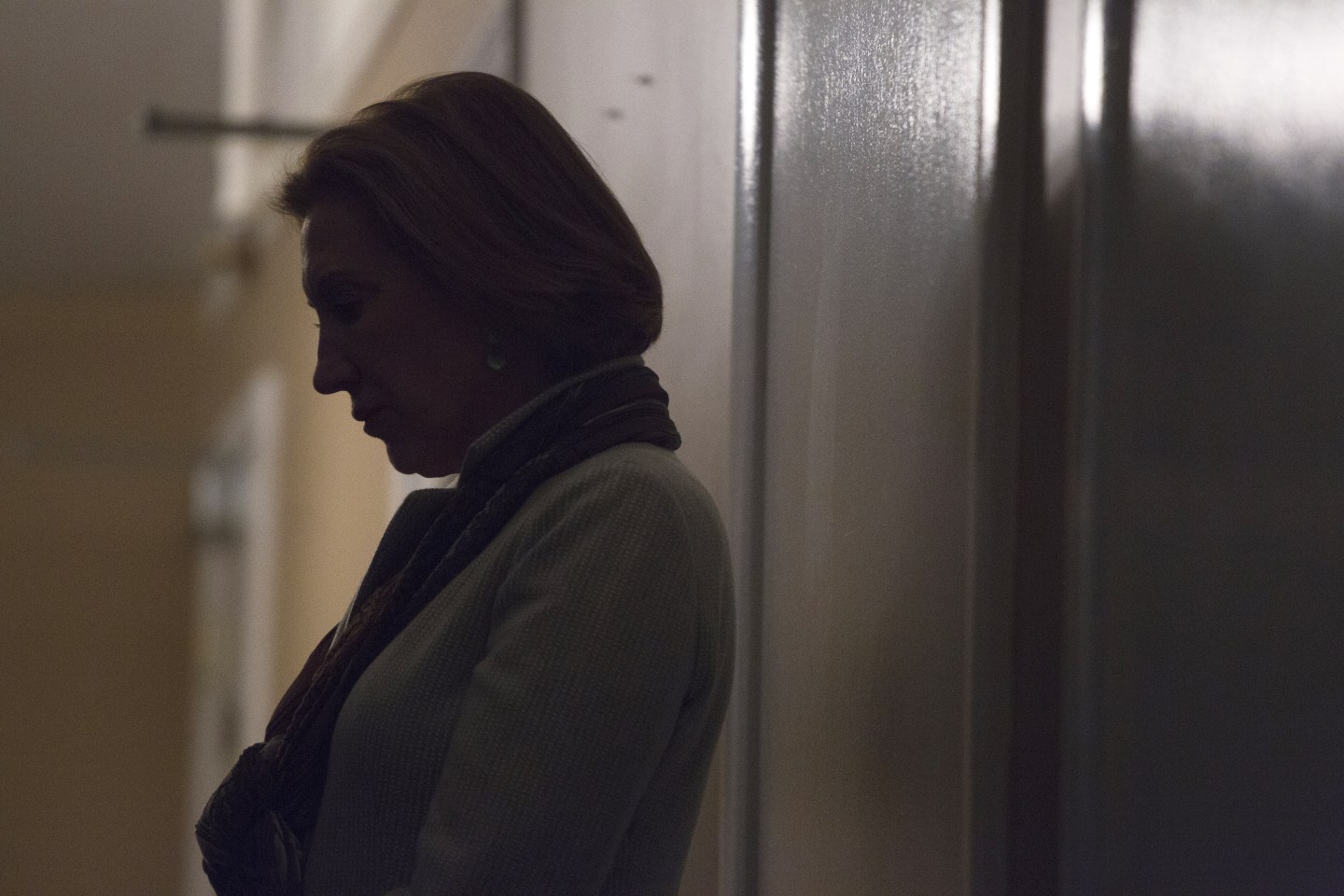 Carly Fiorina, former chairman and chief executive officer of Hewlett-Packard Co. and 2016 Republican presidential candidate, stands ahead of speaking at a campaign event in Merrimack, New Hampshire, U.S., on Friday, Feb. 5, 2016. Before New Hampshire votes, the Republicans planned one last debate showdown on Saturday - minus Fiorina, who was excluded based on poll numbers. Photographer: Victor J. Blue/Bloomberg via Getty Image
Photograph by Bloomberg via Getty Images

Republican presidential candidate Carly Fiorina announced Wednesday that she was dropping out of the race, having failed to gain traction in the early-voting states in Iowa and New Hampshire.

The decision comes after a poor showing in Tuesday’s New Hampshire primary, and after she failed to qualify for consecutive Republican debates. In her announcement, Fiorina took a jab at her favorite target: Democratic front-runner Hillary Clinton.

“To young girls and women across the country, I say: do not let others define you,” Fiorina, the former Hewlett-Packard (HPQ) executive, said in a statement. “Do not listen to anyone who says you have to vote a certain way or for a certain candidate because you’re a woman. That is not feminism.”

New Jersey Gov. Chris Christie also dropped out of the race for the Republican nomination Wednesday.