Asahi Is Bidding to Buy Peroni and Grolsch Beers From SABMiller 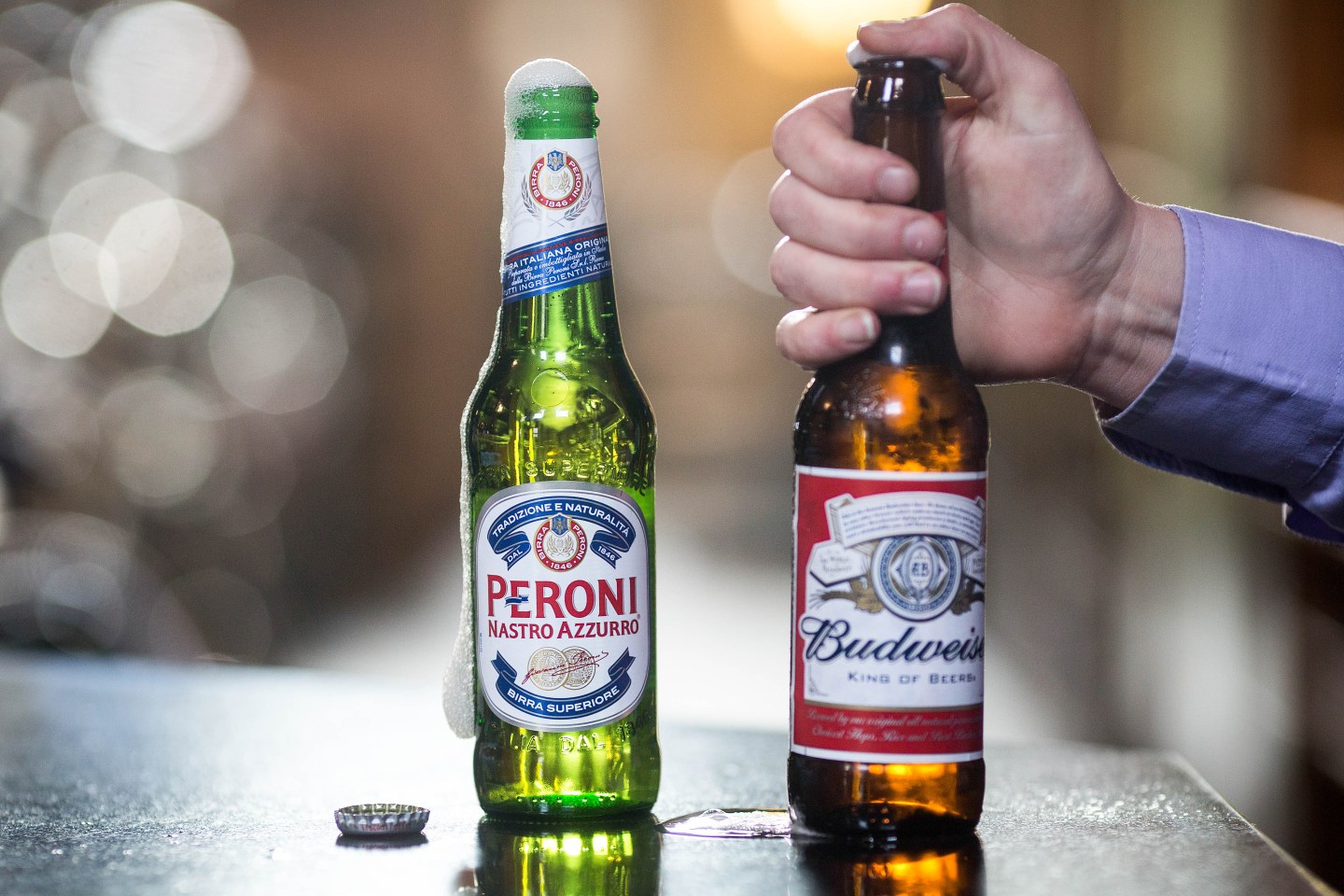 Asahi Group Holdings has reached a preliminary deal to buy SABMiller’s Peroni and Grolsch beer brands for over 400 billion yen ($3.5 billion), the Nikkei daily reported, as part of efforts to offset slow growth at home.

Asahi, known for its Super Dry beer, is Japan’s biggest brewer with a 38% market share. But the company has sought grow outside Japan where beer sales have fallen over the past two decades, as the population shrinks and wine becomes increasingly popular.

Nikkei reported on Wednesday that Asahi had finalized its bid at a board meeting on Tuesday, and was now in discussion with SABMiller. A later report said an outline agreement had been reached.

The sale is aimed at easing antitrust approval for AB InBev’s $100 billion-plus takeover of SABMiller (SBMRY), agreed last year. People familiar with the process have said AB InBev (BUD) wants to wrap up the sale by the beginning of March.

One person familiar with the process said on Wednesday that Asahi submitted final offers on Monday, but were not yet binding. Binding offers are due in two weeks.

Asahi, the person said, had offered around €2.4 billion ($2.70 billion) to €2.5 billion in January, making this a significant increase.

“Asahi is obviously trying to put a final price on the table rather than waiting for the deadline at the end of the month,” the person said. “But $3.5 billion sounds extremely high.”