Why Republicans Are More Divided than Ever after New Hampshire 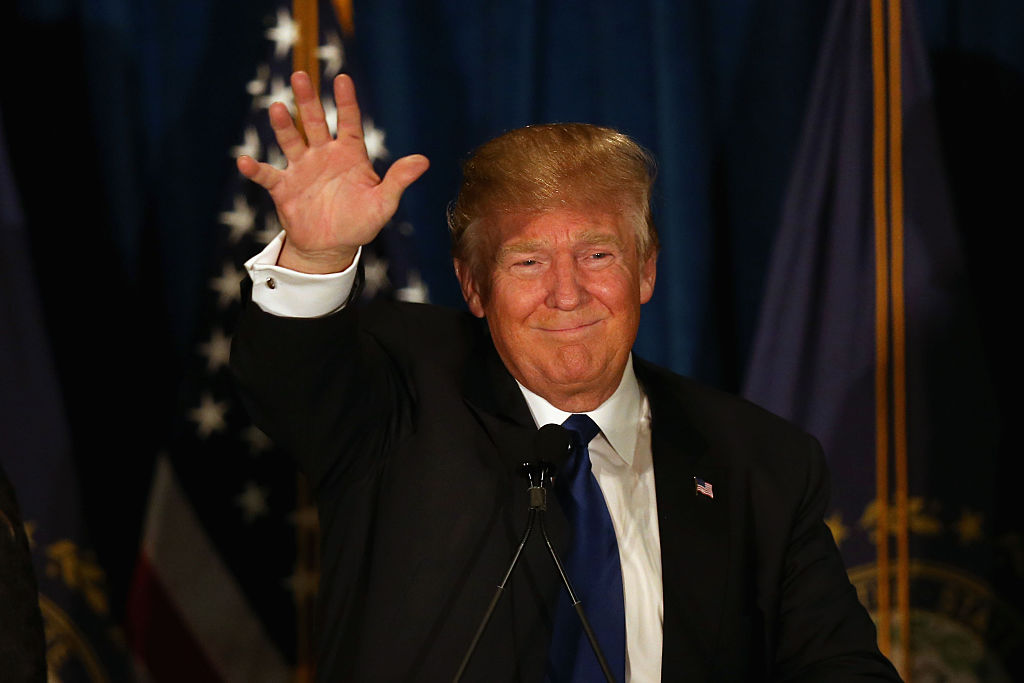 Donald Trump won New Hampshire’s Republican primary on Tuesday night, coasting past a pack of seasoned governors and sitting senators in a triumph that laid bare the deep fault lines of a divided party.

At his Election Night watch party in Manchester, Trump was exultant. “New Hampshire, I want to thank you. I love you,” Trump said. “We’re not going to forget you. You started it, I want you to remember you started it.”

The result was never in doubt, as television networks called the race seconds after the final polls closed in the state at 8 p.m. Instead, the drama lay with the laggards. Ohio Gov. John Kasich prevailed in a hotly contested battle for second place, earning 16% of the vote with about 45% of precincts reporting. Trailing him in the battle for third were Texas Sen. Ted Cruz, former Florida Gov. Jeb Bush and Florida Sen. Marco Rubio.

The top two finishers took dramatically different paths. Trump trafficked in divisive rhetoric, making illegal immigration one of his signature issues and calling for a ban on Muslims entering the U.S. He promised economically frustrated supporters that his business acumen would reverse the fortunes of a nation in decline and rode the populist message to victory despite spending relatively little time in New Hampshire.

Not one for the niceties of New Hampshire politics, he mostly eschewed its tradition of small-scale retail events, held megarallies halfway across the country in the race’s final week and called Texas Sen. Ted Cruz a vulgarity on the eve of the election.

Kasich, on the other hand, practically mounted a campaign for governor of the Granite State. The Ohioan held a total of 106 town halls here, dumping nearly all of his limited resources into New Hampshire. As Trump campaigned on dark themes, Kasich was the self-styled “prince of light and hope.”

Ohio’s chief executive is no squishy moderate; he was a longtime budget hawk in Congress and as governor pushed through sweeping restrictions on public-employee unions’ collective bargaining rights that were ultimately overturned in a voter referendum. But he campaigned on a message of compassionate conservatism, from improving the mental-health system to lifting voters out of poverty. He touted his decision to expand Medicaid in Ohio, in a break with party orthodoxy.

But Kasich wanted to run a different kind of campaign. In an interview with TIME last month on his campaign bus, he warned about the roots of Trump’s rise. “I’m concerned about negativity rising in America,” he said, passing an article comparing Trump to the know-nothings to staffers on his iPad. “I’m concerned about people thinking we should ban all Muslims. I think it represents fear, insecurity, and we just have to have antidote.” Kasich believes he’s the medicine.
Natalie Keyssar for TIME Republican presidential candidate, Ohio Gov. John Kasich attends a campaign event at Searles School and Chapel in Windham, N.H. on Feb. 8, 2016.

He faces a tougher battle in South Carolina, and in the end his finish may be less of a personal victory than a validation that the party is looking for a Trump alternative. Between Kasich, Bush, New Jersey Gov. Chris Christie and Florida Sen. Marco Rubio, the party’s so-called establishment lane earned some 50% of the vote in New Hampshire. Christie’s sixth-place finish—which put him last among the three governors who concentrated significant resources here—will likely signal the end of his campaign, as he will be unlikely to qualify for the next GOP debate on Saturday night in South Carolina.

On the other side, the signs of Trump’s success were visible in networks’ exit surveys. Republican voters expressed deep apprehension about the economy: more than 7 in 10 said it was headed in the wrong direction. Fears of terrorism have deepened, with 9 in 10 professing concern about a major terrorist attack in the U.S. Another 9 in 10 said they were dissatisfied or angry with the way the federal government is working. Nearly half of GOP voters said they felt “betrayed” by Republican politicians, and more (48%) said they preferred a president from outside the political establishment than the number (46%) that sought one with political experience. It’s not hard to see why Trump fits that profile.

The old adage holds that Iowa picks corn and New Hampshire picks presidents. This year, the Granite State’s role, it seems, was to extend a battle for the soul of a divided party. The emergence of Kasich and Bush, coupled with Rubio’s slide after a strong third-place showing in Iowa, will extend the intramural warfare in the party’s establishment bracket, which Rubio had hoped to wrap up here. Instead, the fight will drag on for at least another 10 days, with both Bush and Kasich headed to South Carolina. “You all have reset the race,” Bush told a modest crowd at his Election Night party in Manchester on Tuesday night.

The Bush campaign was quick to downplay Kasich’s strong finish, despite spending $35 million in the state. Bush spokesman Tim Miller argued that Kasich “ran a one-state campaign and we don’t expect him to be a viable threat for the nomination.” A somewhat rejuvenated Bush looms as a threat to Rubio, his onetime protegé. Bush’s well-funded super PAC and deep national organization could reassert him as a viable contender with a strong result in South Carolina, where his brother, former President George W. Bush, remains a highly popular figure. President Bush is expected to join his younger brother on the campaign trail in the Palmetto State as soon as early next week.

Rubio’s failure to knock out his center-right rivals is also a boon to Trump and Cruz. The latter have largely unobstructed paths in their respective lanes, with Trump courting a coalition of disaffected middle-and-working-class whites drawn to his angry populist message and Cruz positioning himself as the choice for ideological conservatives. The battle between them in South Carolina—and beyond that, in the southern states that vote in the so-called SEC primary—is going to be a nasty one.

But for a moment on Tuesday, Kasich was able to argue that optimism had prevailed. “Clearly change is in the air,” he told supporters at his victory party in Concord. “Maybe, just maybe, we are turning the page on a dark period in American politics. Tonight the light overcame the darkness.”