Why Uber Has Suspended Service in Paris 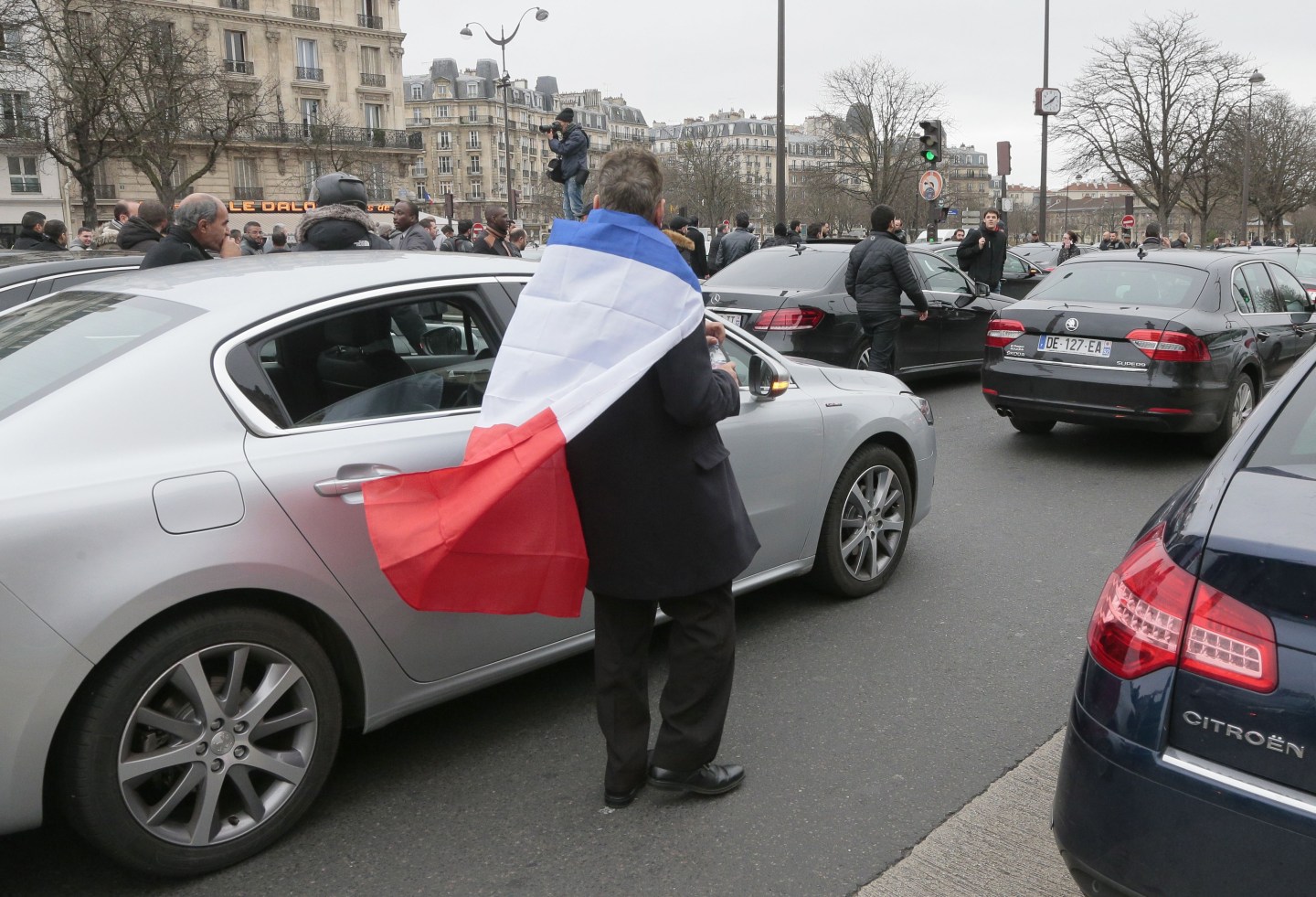 Uber has suspended service in Paris on Tuesday in support of a driver protest against the French government’s move to shut down ride-hailing apps.

In recent days, Uber drivers and non-taxi chauffeur services have taken to the streets to protest recently proposed measures by Prime Minister Manuel Valls to crack down on car-service apps. Last week, drivers for Uber and other services staged a “funeral march” for their profession, according to The Verge.

Those measures came in response to protests staged by taxi drivers across Paris and other cities two weeks ago that called for Uber to be regulated further. Hundreds of taxi drivers burned tires in the streets until their representatives were given an audience with Valls, according to French news source The Local.

The measures introduced by Valls would force Uber drivers to return to a garage in between each fare and obtain a specific license, according to the Wall Street Journal. He also promised cabbies to step up enforcement against non-taxi car services.

Uber maintains that a crack-down on ride-hailing apps could put more than 10,000 drivers out of work. In a press release, a spokesperson described its one-day blackout as “a sign of support” for its drivers.