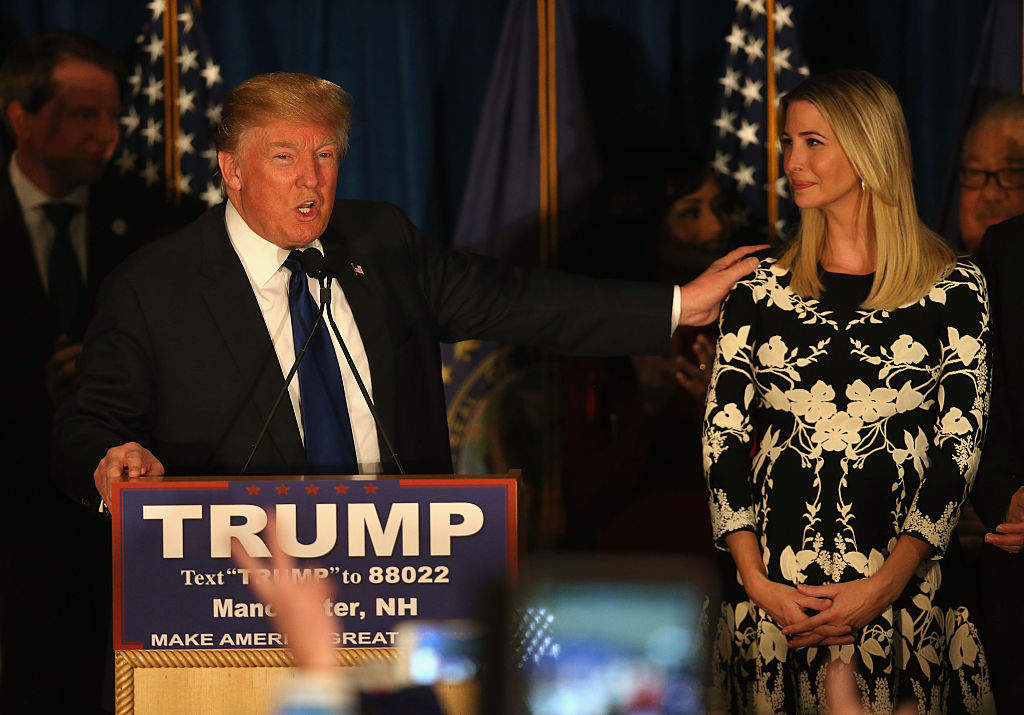 Donald Trump adopted a surprising tone to start off his victory speech in New Hampshire Tuesday night: humbled and grateful.

He walked onstage with his family and spent the first five minutes of his speech giving thanks, first to his parents, his siblings, his wife and his children, before moving on to his staff and the other candidates.

He even nodded to Reince Priebus and the Republican National Committee, with whom he’s had a fraught relationship during his campaign.

Perhaps it’s because he didn’t take this victory for granted. Trump suffered an upset loss to Texas Sen. Ted Cruz in Iowa, leading his campaign to rethink their strategy.

Trump admitted to the change during his speech, crediting the turnaround in New Hampshire to the new ground game his team worked to develop after Iowa, learning the lessons of Cruz’s caucus dominance making calls and going door-to-door.

“We learned a lot about ground game in one week, I’ll tell you that,” Trump told the crowd.

And in the days prior to voting, Trump even tried some retail politics, proving himself surprisingly adept at connecting with voters in intimate, town hall settings.

Trump was only onstage for 15 minutes, but the primary watch event had been a rowdy victory party since 8 pm, when the first projections of his win rolled in.

As soon as CNN called New Hampshire for Trump, the packed room erupted into cheers and chants as people pumped their foam “Make America Great Again” fingers in the air and drank beer and wine from the cash bar.

Rachelle Green, 29 from Nashua, was beaming when the results were announced. “I am just really excited,” she said as someone pulled her into the crowd, already looking forward to November: “Hopefully he’ll win!”

“My word for this is momentum,” interjected his wife Cheryl, 48. “I think this is going to spring [Trump] above everyone.”

That’s what Trump is hoping too, now off his first official win of the election season.