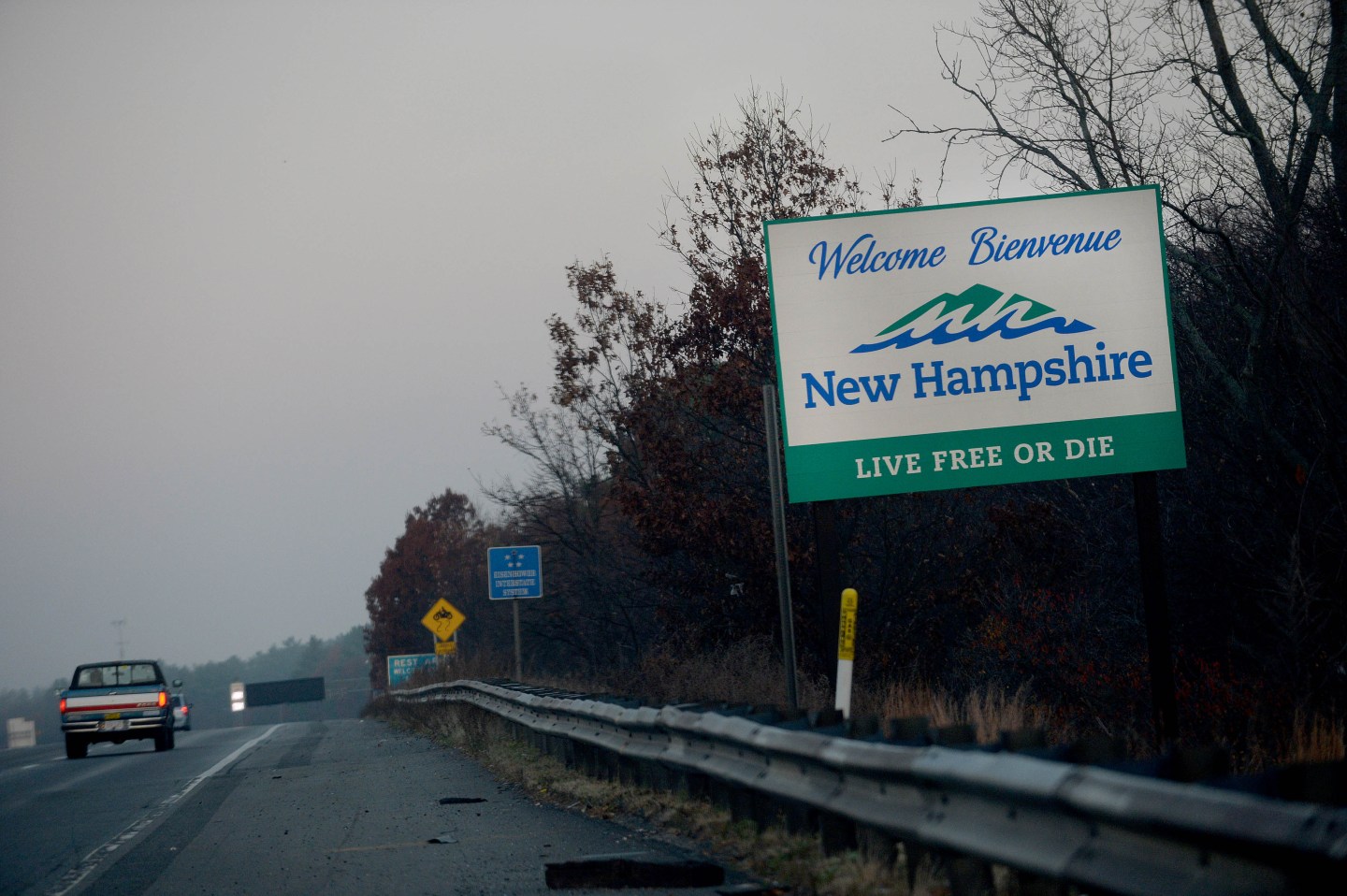 Wall Street stock futures are down a little this morning after yesterday’s sell-off. In overnight trading, stocks in Asia followed the U.S.’s downward trend from yesterday, but after European stocks took it to the chin Monday they’ve largely held steady today.

1. The Nikkei took a beating.

After Monday’s stock plunge in the U.S., Japan’s Nikkei share average posted its biggest daily drop in nearly three years on Tuesday, with banks taking the brunt of the sell-off, while a stronger yen dragged down stocks across the board. The Nikkei ended 5.4% lower at 16,085.44 points, its lowest closing level since Jan. 21 and its heftiest percentage drop since mid-2013.

Both Republican and Democratic candidates will be campaigning hard in the northeastern state as they each square off for their party’s nomination. So far, Ted Cruz has been leading Republican polls in New Hampshire with Florida Senator Marco Rubio gaining ground. On the Democrat side, Vermont Senator Bernie Sanders has been leading Hillary Clinton in the polls.

Walt Disney (DIS) reports its first-quarter earnings today, and analysts are expecting upbeat results on the heels of Star Wars: The Force Awakens record-setting release. However, analysts will also be watching with a wary eye to see how the company’s beleaguered ESPN has been doing. It’s poor performance last year sparked an industry-wide sell-off of media stocks.

The world’s most powerful oil traders and executives gather in London for the annual International Petroleum Week, one of the global oil and gas industry’s biggest events. The gathering goes amid yet another crude oil price slump, which will likely cast a pall over the normally festive event. Benchmark U.S. crude fell below $30 a barrel Monday.