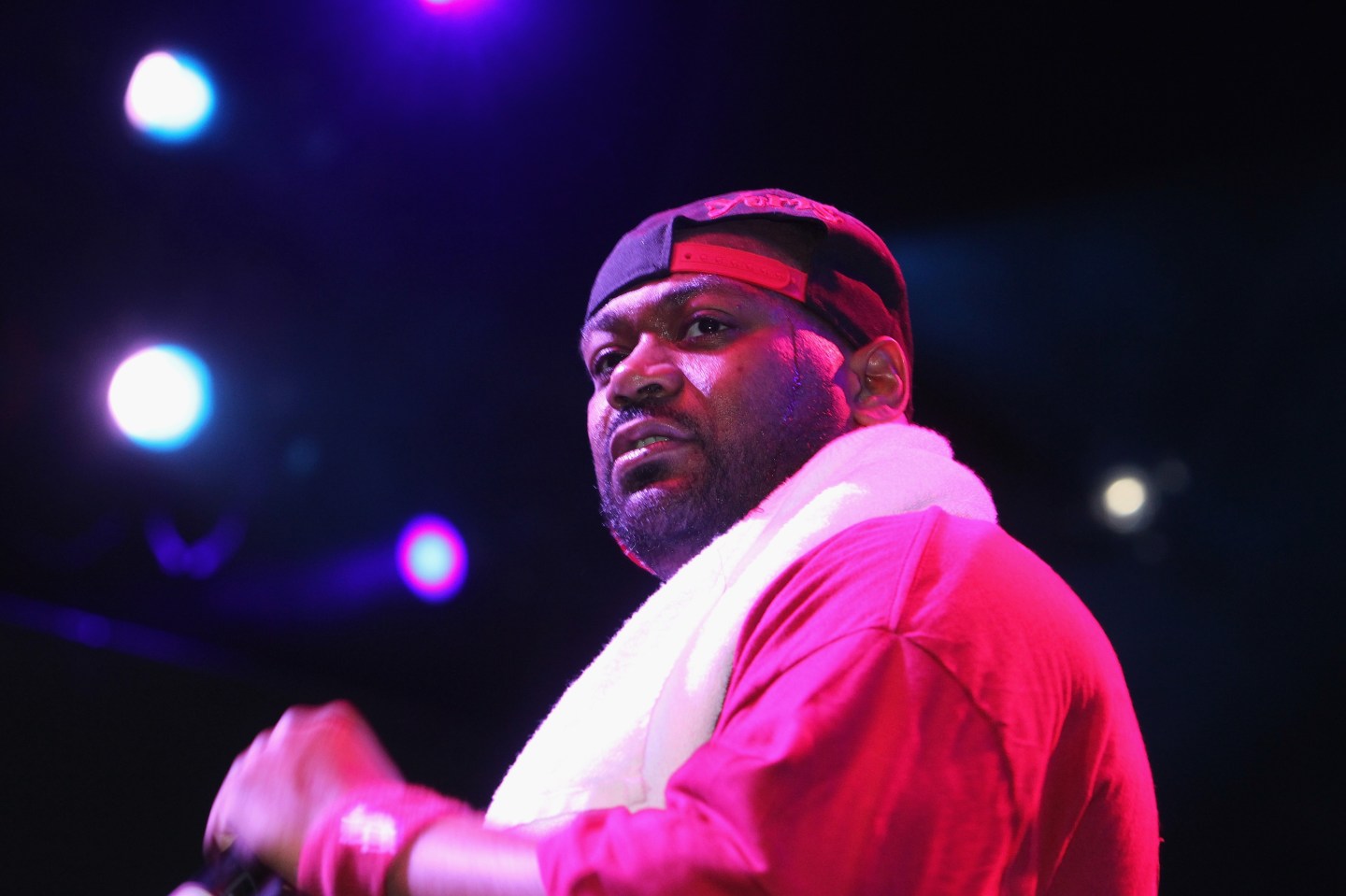 The feud is on.

Dennis Coles, a rapper better known by his stage-name “Ghostface Killah,” a member of the Wu-Tang Clan, released a video Tuesday in which he insults and attempts to shame the former pharmaceutical executive Martin Shkreli. The nearly 12-minute clip represents the latest volley in a battle that has been publicly playing out between the two over the past couple of months.

“You a fake ass supervillain,” Killah says, showing clips of baddies from the Batman live action TV series from the ’60s. “He ain’t got a real bone in his body.”

Shkreli, ex-CEO of Turing Pharmaceuticals, has been widely censured and criticized for acquiring the rights to and raising the price of a drug, Daraprim, which combats an AIDS-related infection, by 5000% in the fall. Ghostface Killah notes this in the video, which also seems to double as an advertisement for a product he sells called “WuGoo,” a cannabis oil.

“You wicked boy,” reprimands Ghostface’s mother. “How was you raised?”

This bizarre feud began after Shkreli purchased Once Upon a Time in Shaolin, a one-of-a-kind Wu-Tang album, for $2 million. He bragged that he had no plans to listen to it.

Later, Killah referred to him as “the Michael Jackson nose kid,” among other insults, in an interview with the celebrity news site TMZ.

Shkreli, in reply, posted a patronizing video and demanded an apology.

The format of your apology was unacceptable, @GhostfaceKillah. The consequences will never be the same. (Also, stop making medical claims.)