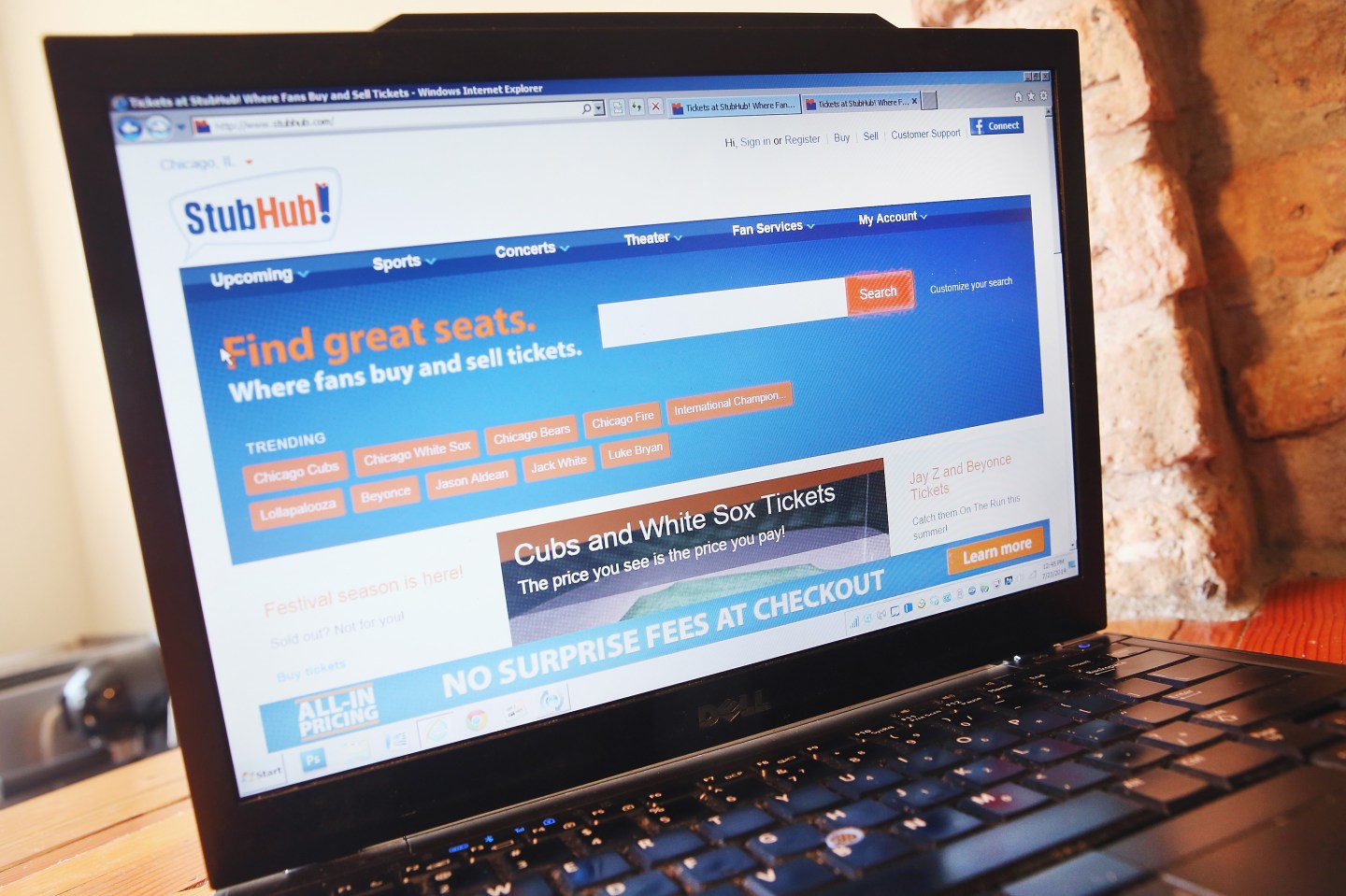 Tickets are offered for sale through StubHub on July 23, 2014 in Chicago, Illinois. Cyber thieves recently hacked into about 1,000 StubHub customers' accounts and fraudulently bought tickets for events.
Photograph by Scott Olson—Getty Images

StubHub no longer wants to just be the site you visit when an event’s ticket sell out—it wants to get you those original tickets.

On Monday, the eBay-owned (EBAY) marketplace for secondary ticket sales revealed plans to start selling event tickets directly from organizers, according to a press release. The company has signed up the Philadelphia 76ers as its new service’s first customer, making it the official ticketing service for the team’s 2016-2017 season, StubHub said.

Though StubHub will continue to offer secondary ticket sales (“resales”), it won’t mark tickets as primary or secondary on its marketplace. It will also make this available as a white-label service for primary ticket sellers, meaning that they can customize the look and feel of their online marketplace.

StubHub’s move is putting it square in competition with Ticketmaster (LYV), against which it filed a lawsuit last year for its monopolistic behavior when it comes to the Golden State Warriors basketball team. Ticketmaster has been the team’s official primary and secondary ticket seller since 2007, but only allows fans to resell tickets through its own site in the event they can’t go to a game. In contrast, 76ers fans will be able to resell their tickets on other marketplaces, according to VentureBeat.