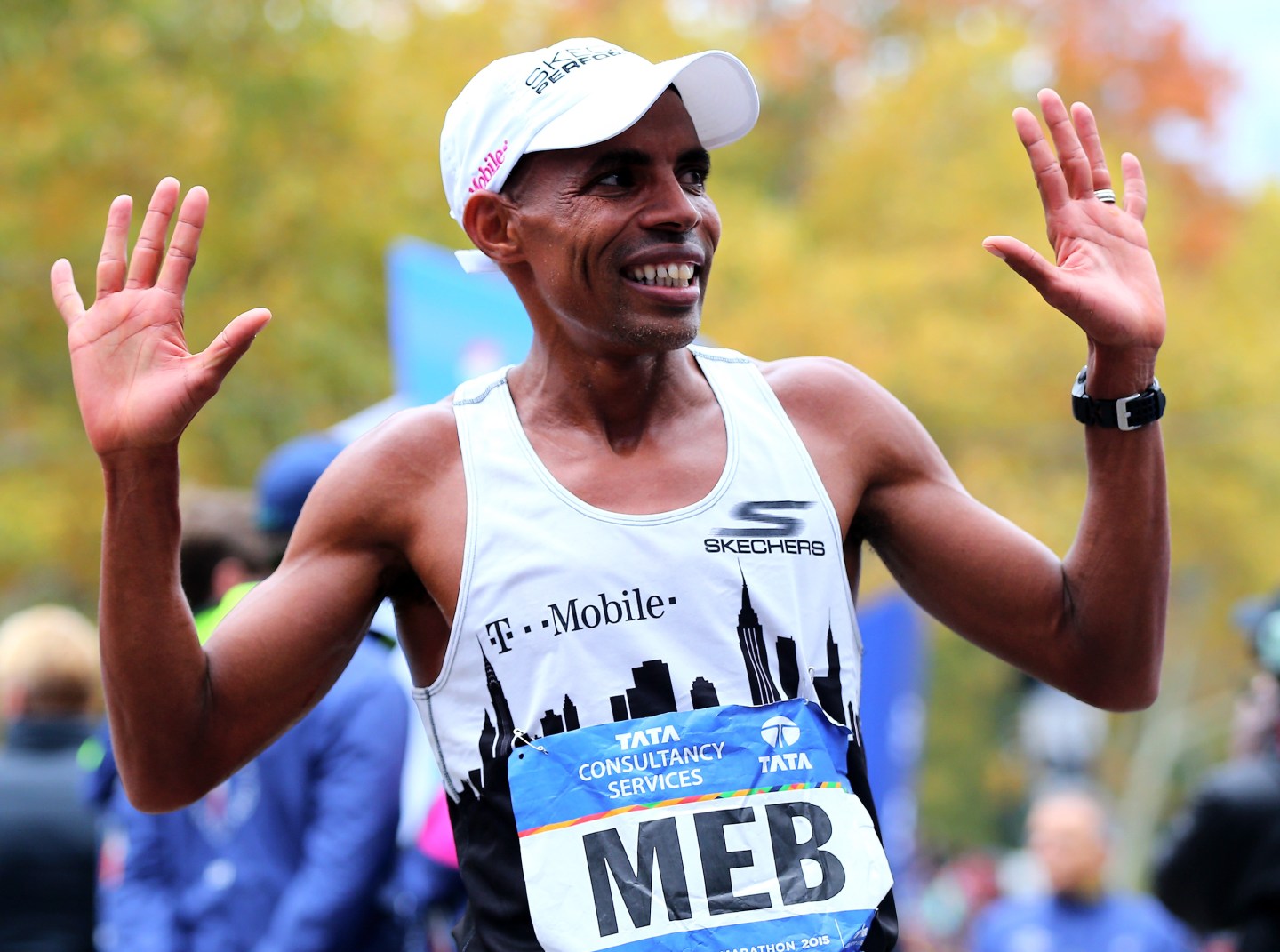 Meb Keflezighi, the 2014 winner of the Boston marathon, has signed a contract extension with sponsor Skechers in a pact that will almost certainly extend beyond the 40-year-old’s professional running career.

The partnership between Keflezighi and Skechers (SKX) will extend through 2023, the casual- and performance-footwear maker said on Monday. Under the deal, the performance division of Skechers will remain Keflezighi’s official footwear and apparel sponsor, as well as feature him in marketing campaigns and utilize his likeness and name on future footwear introductions.

In the world of elite running, Keflezighi is an elder statesman who has won high praise from running fans for major race accomplishments, perhaps most notably his win in 2014 in Boston–the first for an American male runner since 1983. He also finished seventh overall and was the first American at the New York City marathon this past November.

Skechers was quick to point out some key successful stats for Keflezighi after he joined the brand’s team, including a fourth-place finish at the 2012 Olympic Games and a U.S. marathon masters record, which was set at the 2015 New York Marathon with his time of 2:13:32.

Keflezighi, along with fellow marathoner Kara Goucher, has helped lift Skechers beyond what was traditionally a casual shoe brand to one that’s more performance-based. Both runners are set to race this upcoming weekend at the U.S. Olympics marathon trials in Los Angeles.

Though Keflezighi has hinted at possible retirement, the deal with Skechers is the latest to indicate that big apparel and footwear sellers see a great opportunity to boost sales of gear tied to popular sports personalities beyond their professional careers. Another recent notable example? Nike’s (NKE) lifetime agreement with NBA star LeBron James.