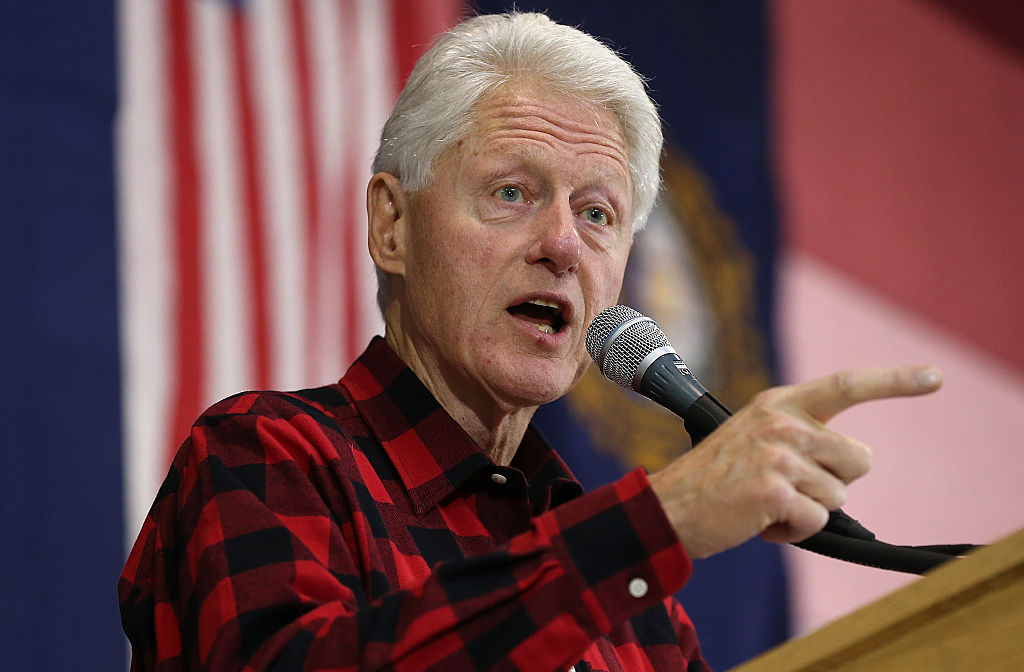 Bill Clinton did not mince words when it came to his wife’s Democratic rival at an event in New Hampshire on Sunday.

At an event in Milford, the former President blasted Sen. Bernie Sanders’ positions on health care, his assertion that Hillary Clinton is a part of the establishment during his fiercest attack on the candidate ahead of Tuesday’s pivotal primary.

“When you’re making a revolution you can’t be too careful with the facts,” Clinton said, the New York Times reports.

The former Secretary of State trails Sanders in the Granite State, a state that has in the past boosted Clinton campaigns. On Sunday, Clinton also derided Sanders’ assertion that he is running a positive campaign, saying the actions of his staffers and the conduct of his supporters online shows that’s not the case.

“You guys say you’re running a positive campaign, but it was your campaign that made 25 separate inquires in the mere space of 30 minutes trying to loot information [from Hillary Clinton’s campaign] out of computers,” Clinton said. “And [Sanders] said, ‘Well, I apologize for that.’ Yeah, in public they did. In private, they sent an email out complaining, blaming the Democratic party for leaving the keys in the car….’All I did was drive it out.’”

Clinton also called attention to a collection of male Sanders supporters dubbed ‘Bernie bros’ who launch vitriolic attacks on Clinton supporters online in solidarity with the Senator’s cause. Though the Sanders campaign has distanced itself from the “bros,” Clinton suggested that Sanders supporters made it difficult for women to speak freely about his wife’s campaign online.

Bloggers “who have gone online to defend Hillary, to explain why they supported her, have been subject to vicious trolling and attacks that are literally too profane often, not to mention sexist, to repeat,” Clinton said Sunday.

The sexism suggestion was striking coming from Clinton, whose past misdeeds with women have become part of the 2016 election. Republican presidential candidate Donald Trump said the former president has a “penchant for sexism” at one point this cycle.

According to the New York Times, Sanders’ camp said Clinton’s rhetoric was “disappointing.”

“Obviously the race has changed in New Hampshire and elsewhere in recent days,” said a senior Sanders advisor Tad Devine.