Here’s Why We Should Think About Scrapping the $100 Bill 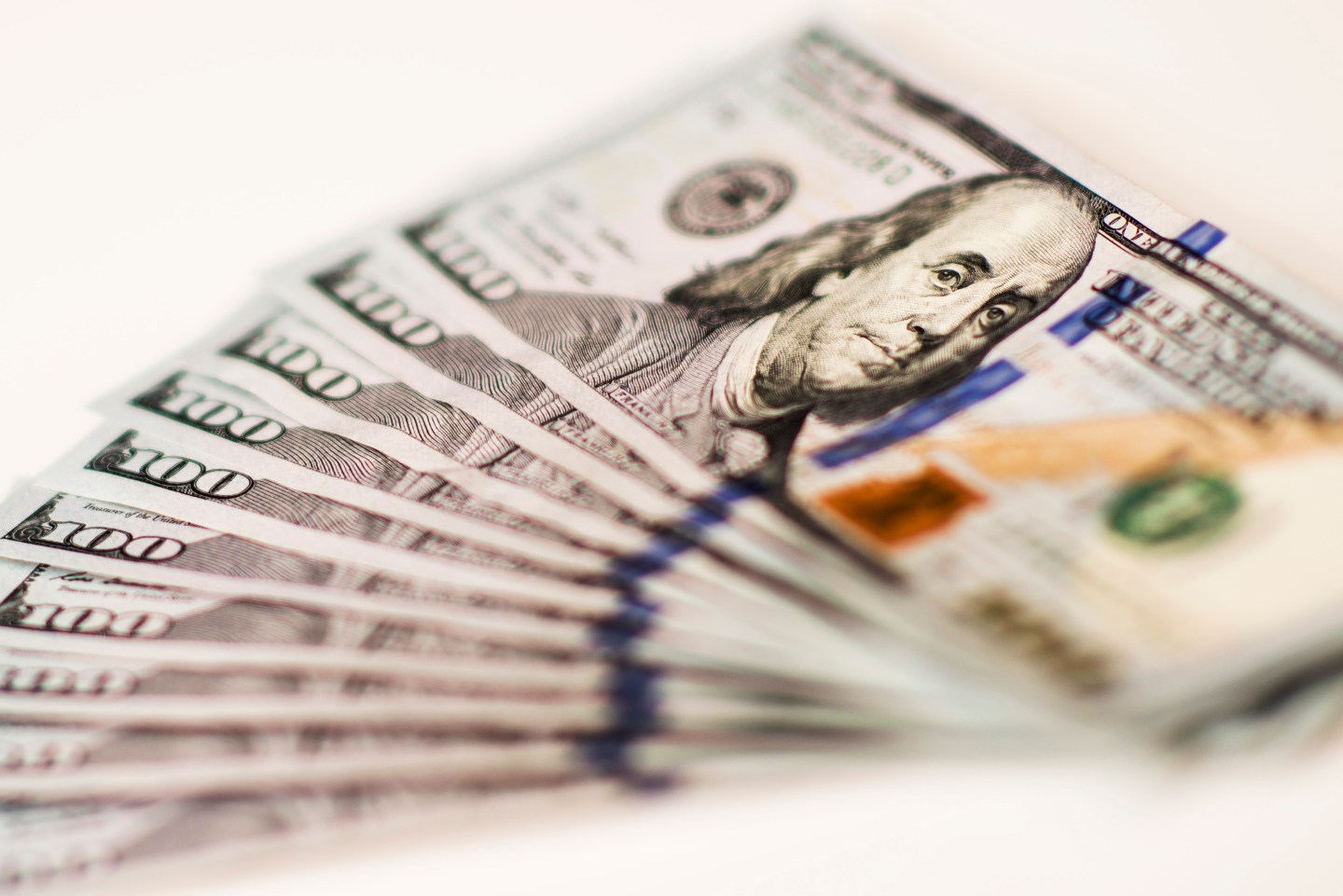 U.S. one-hundred dollar bills are arranged for a photograph in Hong Kong, China, on Monday, July 20, 2015. The yuan has proven to be among the more resilient emerging-market currencies this year, having fallen less than 0.1 percent versus the dollar as China cut interest rates and the U.S. prepared to raise. Photographer: Xaume Olleros/Bloomberg via Getty Images
Photograph by Xaume Olleros—Bloomberg via Getty Images

Scrap the penny? How about the $100 bill? There’s a new argument that calls for doing away with the c-note and other high-value banknotes because they facilitate crime, corruption, and terrorism.

According to a report by Peter Sands, former CEO of Standard Chartered Plc., entitled “Making it Harder for the Bad Guys,” around $3 trillion related to illegal activities and corruption are moved around globally every year, and authorities are successful in intercepting and seizing less than 1% of that. He argues that larger bills make smuggling and hiding sizable amounts of money easier for criminals, tax evaders, and terrorists.

“They play little role in the functioning of the legitimate economy,” Sands writes, “yet a crucial role in the underground economy.” He advocates getting rid of the $100 bill, 500-euro note, 1,000-franc note, and 50-pound note.

Business Insider reports that at a conference in London about terrorism networks, Europol director Rob Wainwright said that Sands “raises really serious questions about whether or not the European Central Bank, for example, should continue to produce and circulate these notes that make it easier for criminals and terrorists to hide their business, and to fund illegal activities.” Europol is an EU law enforcement agency that helps member states combat serious international crime and terrorism.

ECB president Mario Draghi said that authorities have been raising similar concerns for years, and the institution is currently reviewing its policies. However, one of the bank’s executive board members, Yves Mersch, said he wants to see hard evidence that this actually is occurring rather than simply trusting Sands’ unproven claims.