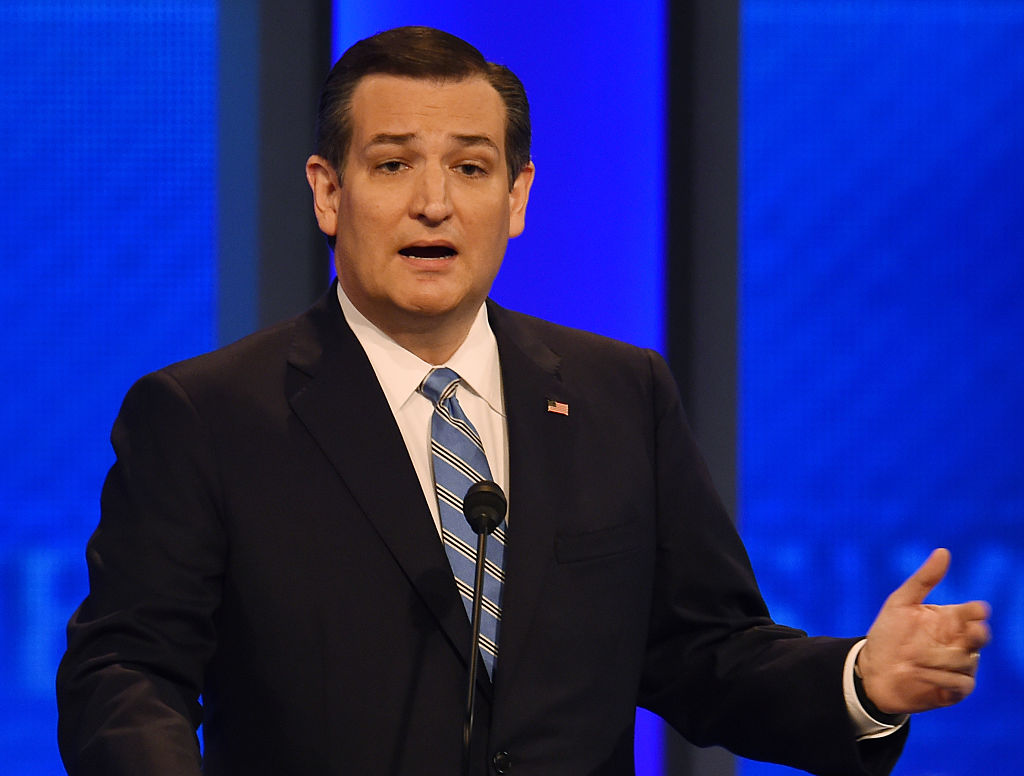 Faced with stinging criticism over an alleged dirty trick on the night of the Iowa caucuses, Sen. Ted Cruz placed the blame on a familiar foe: the news media.

The Texas Republican argued at Saturday’s debate that CNN was responsible for the fact that his campaign staffers had said in emails and voicemails that retired neurosurgeon Ben Carson might be dropping out soon. “They reported that on television, CNN’s political anchors, Jake Tapper and Dana Bash and Wolf Blitzer, said it was highly unusual and highly significant,” Cruz said. “My political team saw CNN’s report breaking news and they forwarded that news to our volunteers, it was being covered on live television.”

He then said that CNN “didn’t correct that story until 9:15 that night,” three hours later.

But that’s not what happened, a fact that was quickly pointed out by several fact-checkers.

PolitiFact, the Pulitzer-winning fact-checking website, called that answer “highly misleading,” ranking it “false,” while the Washington Post said Cruz was “playing fast and loose” with the facts. In a statement, CNN said Cruz’s debate response was “categorically false.”

“CNN never corrected its reporting because CNN never had anything to correct,” the CNN statement read. “The Cruz campaign’s actions the night of the Iowa caucuses had nothing to do with CNN’s reporting. The fact that Senator Cruz continues to knowingly mislead the voters about this is astonishing.”

Here are the basic facts: A CNN reporter tweeted that Carson would be returning home to Florida after the Iowa caucuses instead of heading out to campaign in New Hampshire and South Carolina. During an on-air segment on CNN, Capitol Hill correspondent Dana Bash said that the move was “very unusual” because candidates typically want to show supporters that they’re “hungry” for the nomination by campaigning a lot.

Shortly afterward, the Cruz campaign sent a message to supporters that said, “The press is reporting that Dr. Ben Carson is taking time off from the campaign trail after Iowa and making a big announcement,” while a voicemail sent to precinct captains said Cruz would be “suspending campaigning.” A message sent on the campaign’s mobile app said, “CNN is reporting that Ben Carson will stop campaigning after Iowa.”

As Politifact concluded, the Cruz campaign took a took a true piece of information from CNN, that Carson was flying to Florida instead of New Hampshire, and characterized it to suggest something false, that Cruz might not continue his campaign.

In the debate, Carson noted that a campaign staffer died in a car accidentleading up to the Iowa caucuses. “I will say” Carson said, “that I was very disappointed that members of his team thought so little of me that they thought that after having hundreds, if not thousands of volunteers and college students who sacrificed their time and were dedicated to the cause—one even died—to think that I would just walk away ten minutes before the caucus and say, ‘Forget about you guys.’”